In this update on ChessPublishing.com our columnist draws attention to trends in openings, old and new-Ed.

Chess olympiads offer a wealth of ideas to connoisseurs of opening theory.

Indeed, there was a profusion of novelties (good and bad!) in the recently concluded Olympiad at Tromso. 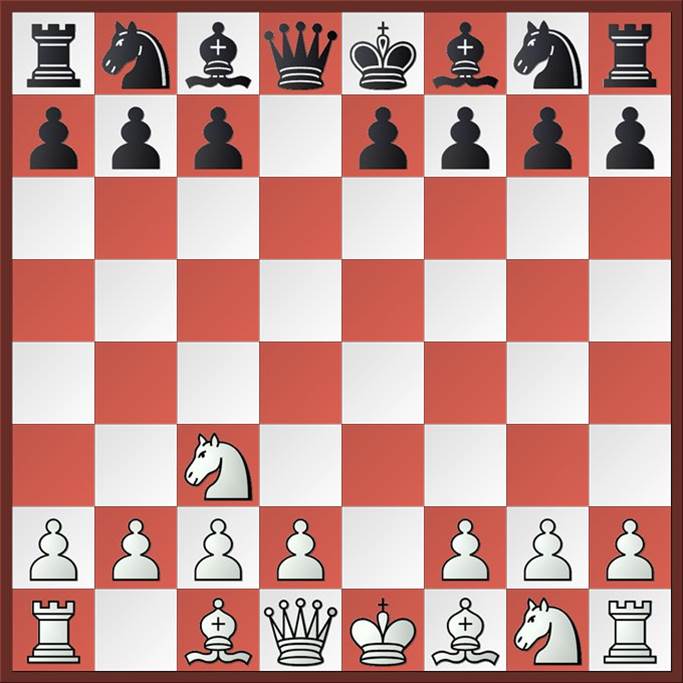 Now that is a curious statement to make as the first ever recorded game of chess featured the same move 3…Qd8 way back in 1475! What is more, there are more than 8000 games with this line alone. Yet it is not as well-known as its cousin 3…Qa5. But this time, appropriately enough, it made a triumphant return in Norway that happens to be a Scandinavian nation.

The position here was reached as many as seven times in Tromso and the score… +4 -2 =1 in favour of Black.

(Neil McDonald mentions only the four grandmaster encounters in Tromso. Black only lost once, when Magnus Carlsen was playing White)

Carlsen who beat the line with White was sufficiently impressed to try it himself with Black when he played Caruana a few rounds later. He won. So did Iotov against Karjakin. In each case White had a pleasant position. But the surprise had its effect and White was not able to deal with unforeseen problems over the board.

In his update at ChessPublishing.com Neil McDonald analyses all these games. While I have some reservations about this line I must mention his analysis as worthy of attention.

I have simplified his work a bit and added some of my own explanation for young readers here.

In retrospect Carlsen’s engagement with the Scandinavian does not seem to have lasted long. He did not play it in the recently concluded 2nd Sinquefield Tournament. To all appearances this was a one-off experiment on his part.

To return to the Olympiad, grandmaster games did not always contribute to theory. A case in point is the Shirov-Sulskis encounter in which each player was trying to avoid preparation by the other. The result was plain bad play.

In my view this encounter should not have been given any importance by GM Victor Mikhalevski in his column on open games, e4 e5.

So how should they have played this opening? Paul Morphy showed it long ago and for purity of conception and execution his performance remains peerless. I have included the game in the analysis here.

Who wants to play 6.Nxf7 when White has a stronger option in 6.d4?

Otherwise Mikhalevski’s update on open games is useful. Don’t be discouraged by that “tame” draw, Adams-Aronian, in Marshall Attack. If you look at the notes and also archives a lot of work has been done here by Mikhalevski and others.

There is much else to explore on ChessPublishing.com. Pay a visit and check it out for yourself.

We are already in September. So there is more to come by the month end. Watch this space.

Dear readers,
We received some interesting comment from GM Tony Kosten, ChessPublishing.com
on the analysis of 5…Nxd5 in Two Knights Defence.
In the light of his observations I shall mention the following points by way of correction.
a) In 12. Bg5 line Euwe had mentioned 14…Qe6, not 14…Qe8.
b)Nevertheless, it is a weaker line as it allows exchange of pieces and eases Black’s position.
12. Qe4 is the stronger line.
c)Black’s best move against 6.d4 is 6…Be6 as mentioned by GM Kosten.
However, I still believe, White’s game is preferable after 7.Nxe6 fxe6 8.dxe5 Nxe5 9.Qh5 Ng6 10.0-0 on account of the weakness on e6.

Dear Todd Mica,
Thanks for the comment.
Next time it will be even more interesting.