In the current column on ChessPublishing.com Chessbibliophile draws to your attention to Carlsen’s last theoretical battles weeks before the World Championship Match.

Don’t miss the videos at the end of the article-Ed.

“What will he play?” my friend, Max asked. Does anyone know? Carlsen’s repertoire for the World Championship remains a closely guarded secret. 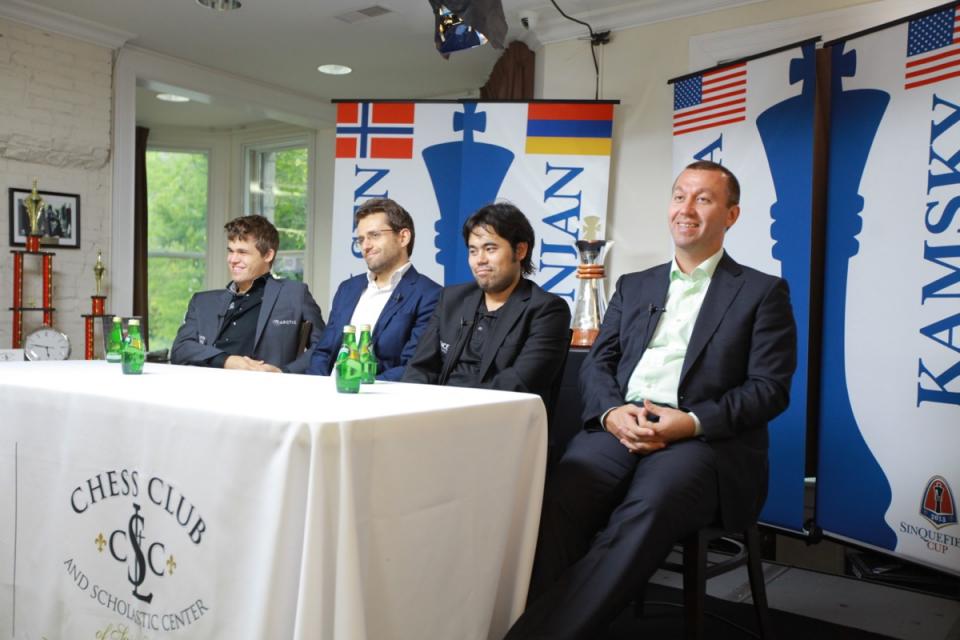 Last month he participated in the Sinquefield Cup Tournament for a bit of net practice and finished first, with an emphatic score, 4-5/6 ahead of Nakamura, Kamsky and Aronian. 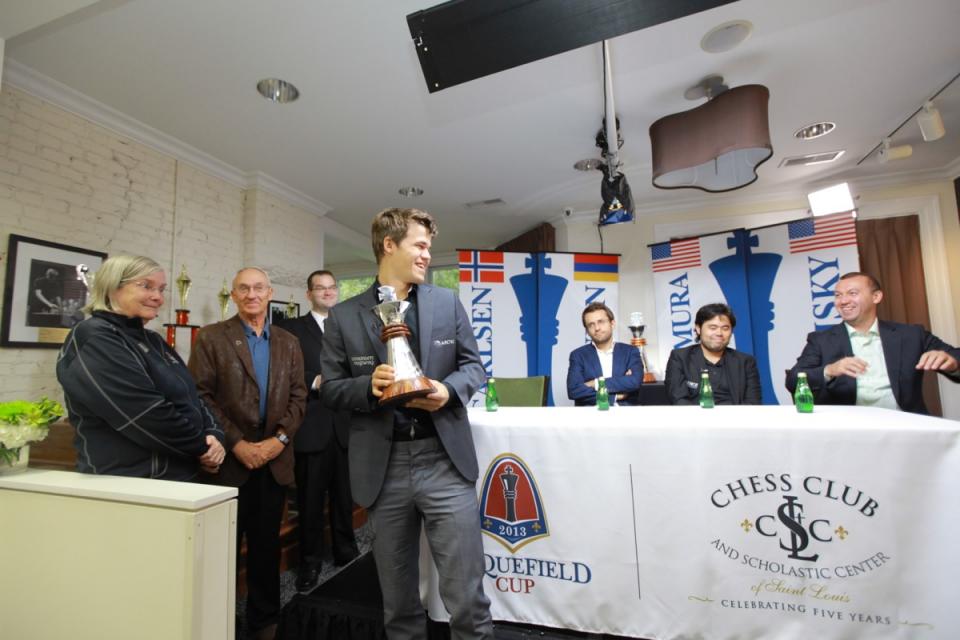 Round after round he experimented and improvised over the board.

In his month’s update on e4 e5 openings Viktor Mikhalevski analyses the Spanish Exchange Variation in the context of Kamsky-Carlsen game from the event. 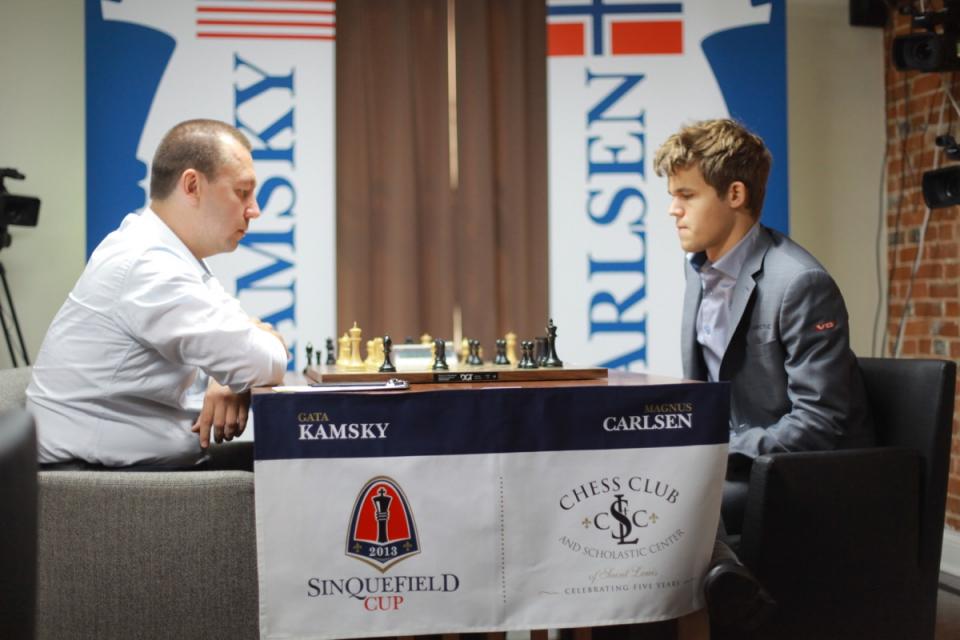 Carlsen did comment on this game in his blog:

I played Americans with the black pieces two days in a row and with good results. Feeling a bit tired after all the workout on the rest day I ate a heavy brunch before the game against Kamsky yesterday. For about three hours I felt good, and he went astray early with Re2, instead of Rf3. I got a comfortable edge with black early on… In the fourth hour of play I could neither calculate properly nor take decisions and nearly lost my way. Capturing on b2 would ensure a winning rook endgame, but short on time I just moved Be7 without any real purpose. Fortunately my advantage was still significant. I’ve seen the computer recommended a rook endgame rather then the bishop endgame I chose, but this might be a horizon effect. I was pretty optimistic and after his Bc3 I was clearly winning.

In retrospect I think 9.Rd3 is still a good line in Spanish Exchange Variation if you are looking for a good endgame with White. Black will have to know his theory, sacrificing the e-pawn with…0-0 and starting counterplay on the kingside. On his part White needs to keep his rook on the third rank, combining attack and defence. If both sides treat it correctly, it fizzles out to be a draw. So my conclusion is a bit different from Mikhalevski’s who prefers 9.Nbd2 in this variation.

But what about Black? You can trip up White with good old 5…Bg4!? 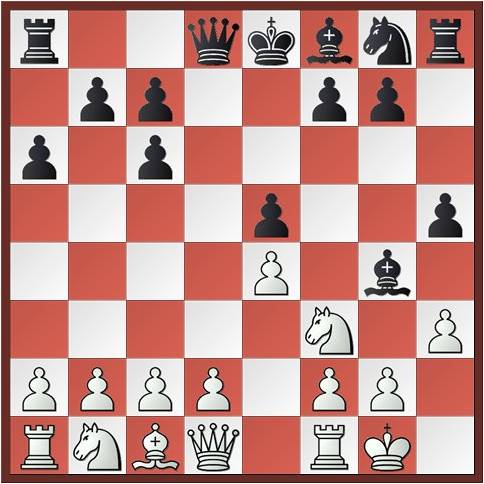 In the game above I have indicated just one line from the ebook on Spanish at ChessPublishing.com. There is more in their games collection.

Among other updates I would pick David Vigorito’s column on the King’s Indian. One of the highlights is the Carlsen-Nakamura battle from the same Sinquefield Cup. Nakamura was the only player to present anything like a serious challenge to Carlsen in this tournament. 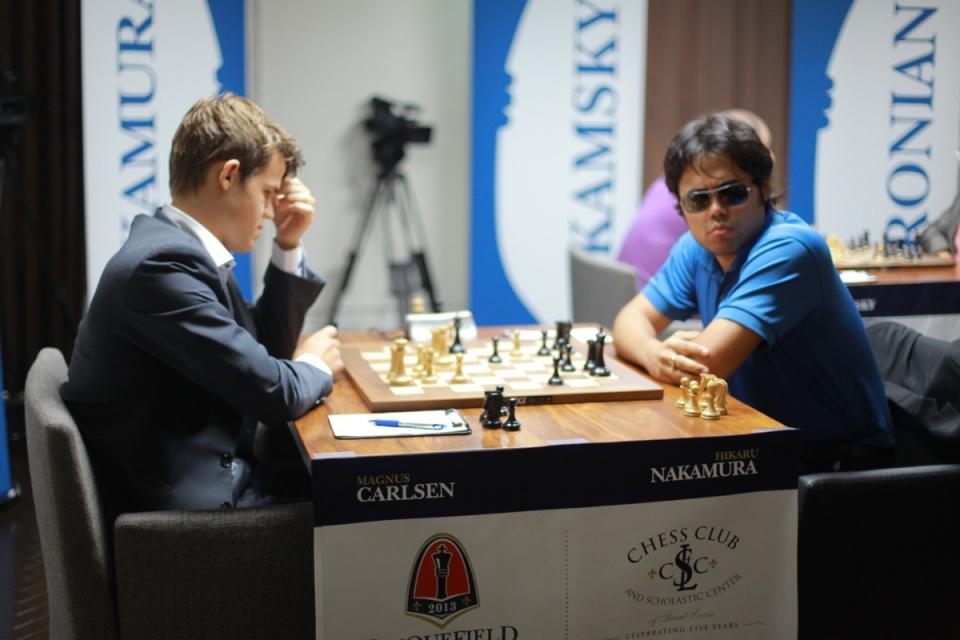 In his blog Carlsen wrote:

In the next round I played Nakamura, who was the sole leader after having beaten Kamsky in a tough and interesting fight. I think I had a small advantage early in the middle game, the pawn on c6 looked quite promising. It was probably a mistake to capture on b5. In the complications a few moves later I could not find any really good continuations and choose to sacrifice an exchange to reach a slightly dubious ending. Nakamura, who had played really well up to that point, might have posed even more difficulties for me just before the time control. After move 40 my passed b-pawn constituted enough counterplay. He offered a draw a few moves later rather than advancing his e-pawn after which the position would become double-edged.

Last but not least is Tony Kosten’s survey on Two Knights’ Defence, an opening that became a principled battleground between Steinitz and Tschigorin. Ever since the war has gone on with successors like Fischer and Kasparov carrying rival standards from time to time. There are some wonderful lines here. But I am not going to mention them as I am going to play in a tournament and my opponents may be reading this article. Why should I help them to use these lines against me?

One of our readers recently complained, ChessPublishing site is a pay site. It is, but there are free areas. Why not visit ChessPub and share some beer with friends? It’s on the House!

The images and videos of games from Sinquefield Cup Tournament are from the official site and YouTube.

Our thanks to Mike Wilmering, St. Louis Chess Club who granted permission and Ms. Erica Kelly who communicated it to us.

I have nothing against Nakamura, but is it appropriate to wear sunglasses during a chess game? It’s not poker. 😮