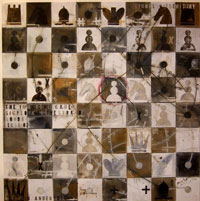 In the opening, many different moves are possible. You cannot memorize them all, but you can learn the opening systems you would like to play. An opening system is a specific type or style of opening, and the ideas and the strategies that go with it.

Each opening system has its own typical moves and typical positions. Once you learn and understand an opening system, you will be able to play it much better.

All opening systems follow the three basic opening strategies: develop your pieces, control the center, and castle your king. However, they may use different methods to accomplish these goals. Opening systems fall into three main categories.

3) Other: Other openings generally favor unconventional, creative, innovative players. These openings are for those who want to play something their opponent probably does not know. They want to take the game out of the book so they can use their own creativity. Be prepared to think carefully and try to transition into an opening system and pawn structure that you know and with which you are comfortable.

The majority of chess games begin with the king pawn (1 e4) or the queen pawn (1 d4). These are the best first moves. Other first moves are also played, but not as often. In the king pawn and queen pawn openings, white tries to establish control of the center with a pawn, and then take the lead in development.

An opening is traditionally named for the player who made it popular, or for the location where it was first played. However, openings with player names are slowly being changed to location names.

When reviewing opening systems, it helps to know some of the terms used in the names. The three major divisions are main lines, variations, and gambits. Main lines are the most common moves in an opening, variations are alternative moves, and gambits are sacrifices for fast development or space. This gives you a general idea about how each opening is played.

1. Exchange: Pawns or pieces are traded to open the position.

2. Advance: Pawns are advanced to close or block the position.

1. Accepted: The gambit is taken and the player tries to keep it.

2. Declined: The gambit is not taken, the game proceeds without it.

3. Returned: The gambit is given back for space or development.

[quote name=”Jim Rickman”]This is extraordinarily superficial commentary on the opening. And it’s totally inaccurate to say that Queen Pawn openings are favored by passive, defensive players. What a silly misleading comment, and it’s very wrong to lead beginning chess players into believing such a ridiculous idea.[/quote]
Agree . e4 or d4 or any other opening move there are lot of variations and lot of lines and lot of ideas behind these openings. If you are a chess player you never say that d4 player is a defensive player .

It quite pleasing to take note of several. Openings.

Dear Jim Rickman,
It’s hard to arrive at consensus on the issue of names. Both Ruy Lopez and Spanish continue to be used for the well-known e4 e5 opening. In some cases place names have given way to names of players who contributed to the opening. So it’s Benko Gambit, not Volga Gambit anymore.In certain other cases the pioneer of the opening is ignored in formulating a name.The line,1. e4 e5 2.Nf3 Nc6 3.Bb5 a3 Ba4 b5 was rightly credited to Mark Taimanov who played it extensively in 1950s and contributed to its analysis.* Now it is wrongly called (by some) the Norwegian Variation after Simen Agdestein who played it 1980s.It is this last bit of injustice to facts that needs to be addressed.
*(Otherwise the earliest recorded game goes back to 1845 or even before!)

“Once you learn and understand an opening system, you will be able to play it much better.”
What an amazing bit of observation this is…

“…openings with player names are slowly being changed to location names.” I fail to see an official concerted effort to make such changes.

This is extraordinarily superficial commentary on the opening. And it’s totally inaccurate to say that Queen Pawn openings are favored by passive, defensive players. What a silly misleading comment, and it’s very wrong to lead beginning chess players into believing such a ridiculous idea.