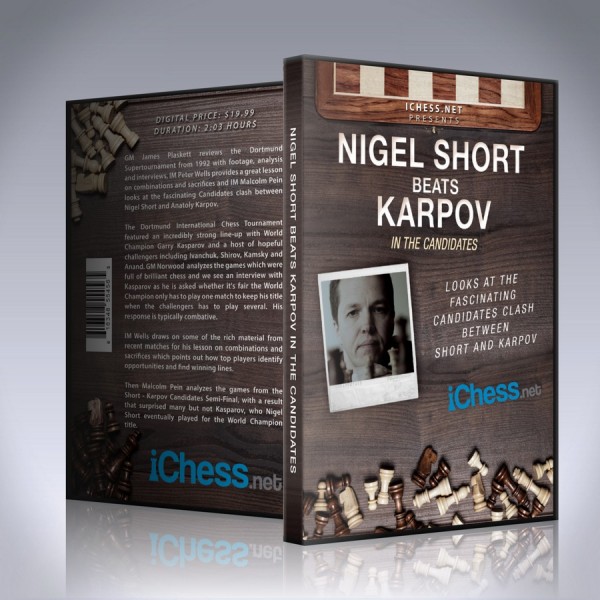 GM James Plaskett reviews the Dortmund Supertournament from 1992 with footage, analysis, and interviews, IM Peter Wells provides a great lesson on combinations and sacrifices and IM Malcolm Pein looks at the fascinating Candidates clash between Nigel Short and Anatoly Karpov.

James Plaskett reviews the Dortmund Supertournament from 1992 with footage, analysis, and interviews, IM Peter Wells provides a great lesson on combinations and sacrifices and IM Malcolm Pein looks at the fascinating Candidates clash between Nigel Short and Anatoly Karpov.

The Dortmund International Chess Tournament featured an incredibly strong line-up with World Champion Garry Kasparov and a host of hopeful challengers including Ivanchuk, Shirov, Kamsky, and Anand. GM Norwood analyzes the games which were full of brilliant chess and we see an interview with Kasparov as he is asked whether it’s fair the World Champion only has to play one match to keep his title when the challengers have to play several. His response is typically combative.

IM Wells draws on some of the rich material from recent matches for his lesson on combinations and sacrifices which points out how top players identify opportunities and find winning lines.

Then Malcolm Pein analyzes the games from the Short – Karpov Candidates Semi-Final, with a result that surprised many but not Kasparov, who Nigel Short eventually played for the World Champion title.