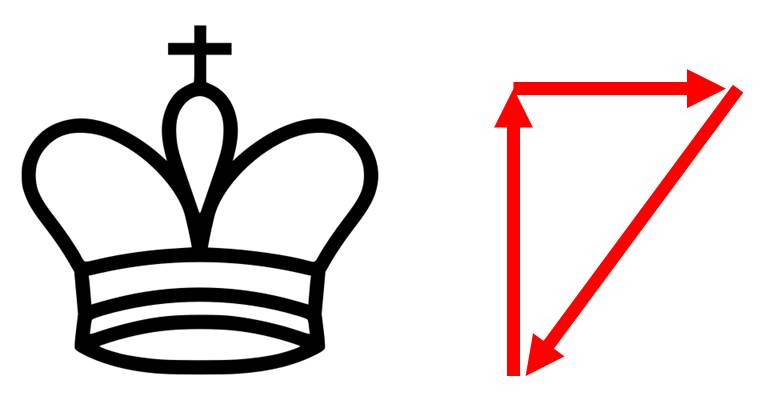 Today’s topic is triangulation. We will cover a neat technique that will help you to win chess endgame positions in which it seems that’s impossible to make progress.

The triangulation is applicable in such endgame positions where you would like to lose a tempo, keeping the position the same.

In other words, if it’s not your move, but your opponent’s the game is won for you.

I know you might think, ‘What? Why do we want to lose a move, when we struggle so much to get a tempo in the opening or in the middle game?’ Endgames are completely different animals, sometimes to win a game we need to give up a move opportunity in order to drive the opponent’s King away from the important square.

Look at the position below. White is a pawn up, but unfortunately it’s their turn. Black has an opposition, meaning that white cannot make any further improvements in the position of its King in a straightforward way. White’s King must step back. Ideally, White wants to achieve an identical position but with Black to move. That is where the triangulation concept comes into play. 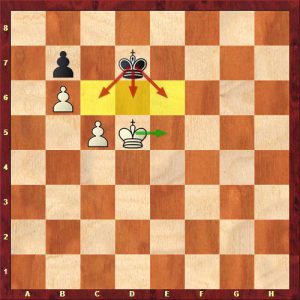 Triangulation: White to play
Below is the interactive version of the game, scroll moves and read annotation to fully understand the triangulation technique.

1. Ke5! Kc6 It seems like White yields the way to the opponent’s King by stepping away. But in reality it’s a neat trick that allows white to win the game, by temporary going back and losing a tempo.

2. Kd4 Kd7 Black cannot play to Kb5 since after white’s Kd5 the Black’s king is out of the game. The only option is to play Kd5

3. Kd5! Now white obtained the initial position with the Black to move. Black has to step away from defending squares c6, d6 and e6 with its King allowing White to penetrate. If black tries to hold on to the d6 and e6 squares by playing Ke7, White can simply push the pawn c6! winning. 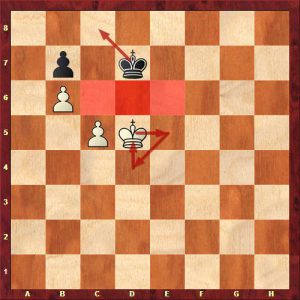 Initial position but now its Black’s move
Notice how White’s King made a triangle with its last 3 moves: d5-e5-d4-e5. That’s why the technique is named triangulation.

Recommended endgame techniques to check out:

It explain very much
With pictures
I love chess

[quote name=”Fundador Binahon, Jr”]Excellent, we can get new knowledge in this chess lesson in end game. we need more. thanks to the author and FB account administrator[/quote]

Excellent, we can get new knowledge in this chess lesson in end game. we need more. thanks to the author and FB account administrator