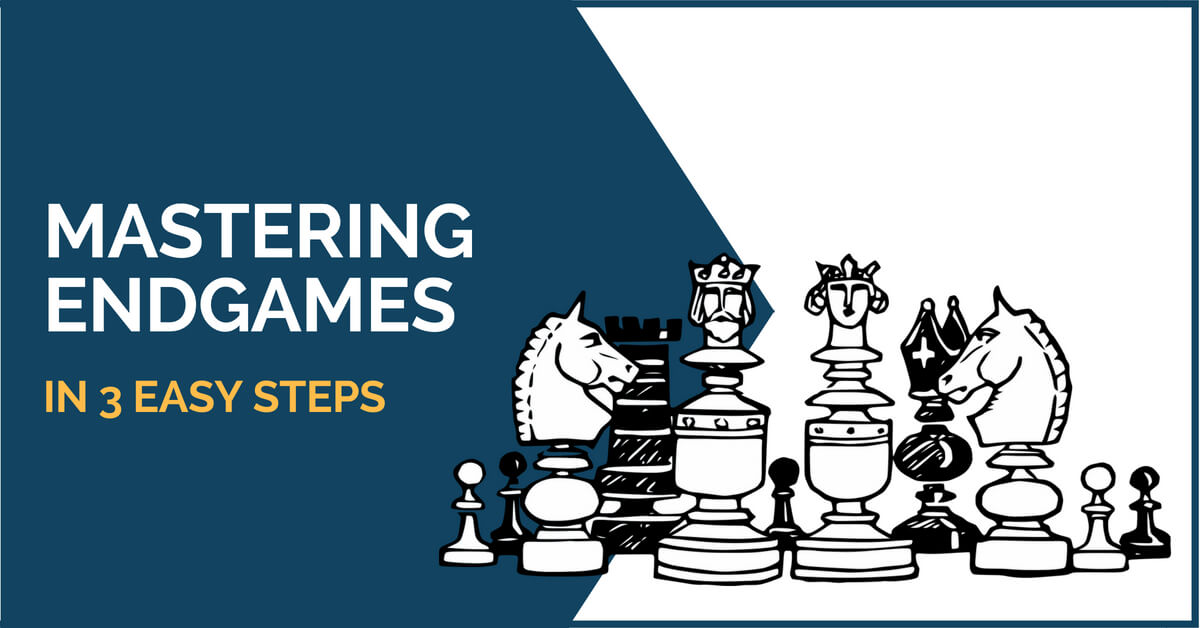 Endgames and 3 Easy Steps in Mastering Them. Any chess player who wants to make progress and increase his level should focus on improving his overall chess understanding; this can be done by studying classical games, strategy, and endgames. In this article, we are going to focus on the last phase of the game and where you can start in order to make it easier to learn and understand.

Studying endgames can be somewhat dull, but you can always combine it with sessions of solving tactics or studying openings, for example. Often overlooked by many in their training, the endgame is a very important part of the game, so important that ex-World Champion Jose Raul Capablanca considered that it should be studied before anything else.

This is because “the endings can be studied and mastered by themselves, while the middlegame and the opening must be studied in relation to the endgame.”

How should you learn endgames; where to start from? In this step, you should get acquainted with the basic principles of the endgame.

One of them and probably one of the most popular as well is that the king becomes a strong piece in the endgame and should be centralized as soon as possible. Unlike the other phases of the game, here it is a very powerful piece and most of the time it is the one that determines the final result of the game.

You should always look for ways to be active in the endgame; this applies to every piece you have left on the board. The attack is the best defense, they say, and in the endgame, it is even more obvious. The part that stays passive is usually doomed to a long-suffering that most of the time turns into a loss.

Pay close attention to exchanges; when you are up the material you usually look for exchanges, but at the same time you have to make sure that they favor you. For example, exchanging too many pawns could be a mistake in some endings and result in the impossibility of winning the game.

The material isn’t everything in the endgame either; sometimes initiative could more than compensate for a missing pawn, let’s say. Just imagine a rook endgame where both your king and rook are very active or a light pieces endgame with the same scenario – it should be usually possible to at least get the material back, if not to even win the game.

Once you have learned the basics and have seen them applied in games played by Grandmasters, you can move on to studying theoretical endings.

Start with the easiest ones and slowly increase the difficulty and add more pieces. It is important that you don’t learn the winning or drawing methods mechanically, but you also understand the ideas in order to be able to employ them in similar positions.

It’s also important that you can assess which endgame you will win/lose. And, which one will be a draw. This way you will also know what to do during a game; towards which type of position to aspire.

Knowing all that amount of information is great. But, it would be even better if you could practice everything you’ve learned. Our advice is that you play the endgame part with a friend or a study partner; you’ll understand it better and learn it faster.

You can start by playing the theoretical ones first and testing yourself. Then, find more complex starting positions. In those, you will have to find the best route to a win or the best defense. You will have to deal with practical problems and accumulate more experience with board games.

Endings are complex and it is difficult to completely dominate them, but we hope that we have given you a starting point in this long journey and you will begin to include them in your training sessions.