10 Secrets of a Chess Master 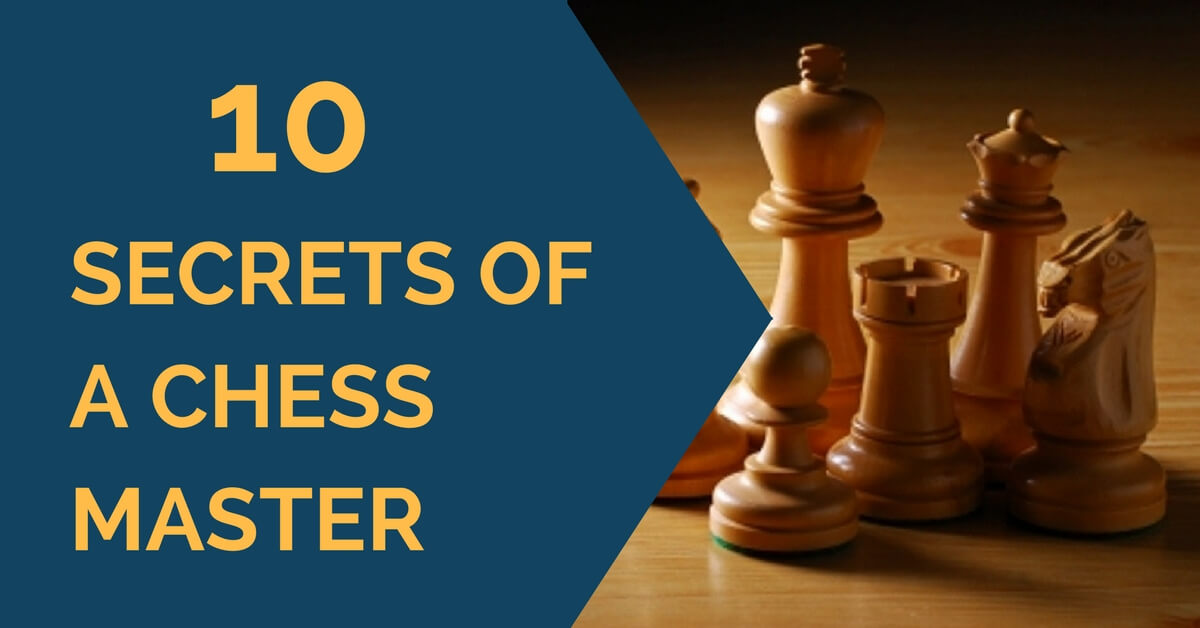 Every chess player has their own habits and views when it comes to training or chess in general. What might work for some strong players might be of no use for others and the other way around. You have to analyze your style of play and create your own training schedule that will help you improve your overall performance. However, while the percentage of hours invested in your training weighs most when it comes to seeing an increase in your rating, we believe that there are also other factors that influence it. Having a healthy and disciplined lifestyle is of great importance and will improve your overall performance in tournaments.

Here are some things chess masters do in order to prepare for tournaments and improve their play and might work for you as well.

A master can tell when a preparation is coming against him, especially from a less experienced player [here is some good advice how to succeed at chess]. In such cases, his previously accumulated knowledge allows him to slightly change the move order or play a completely different line. A strong chess master can usually play different types of positions and knows what the correct approach to different structures is.

Even if he doesn’t know or remember the theory move by move, he knows the plans and ideas and playing something other than his usual lines don’t usually represent an issue.

2.The ability to resources in difficult positions

Strong chess players have developed a lot of imagination and can sometimes “squeeze water from a stone”. In positions where most players can agree to a draw, experienced players find new ideas to put pressure on their opponent.

From our own experience, we can say that very strong players don’t usually “jump at your throat” from the very beginning. In general, they keep the position flexible and try to improve their position move by move.

They know that the longer the game the higher the chances that they will bring home the full point. Less experienced players will usually make even a slight error that they will take advantage of in the long run.

Chess masters usually see a lot of games in order to improve their overall understanding of chess.

They see not only lines that they employ in their games, but also different types of positions. By understanding how to play a wide range of positions they can keep flexible during a game and, most importantly, it will be difficult to surprise them over the board!

5.Understand the ideas behind the moves and the openings

A strong player won’t just play through the game, but also try to understand and assimilate the plans employed. The same goes with their opening choice; while they know their theory very well, they also know how to continue once this is over.

A grandmaster prepares against the opponent’s weaknesses. The preparation usually consists in finding the rival’s soft spots and discovering the positions where the other feels more uncomfortable to play. Once he has found all this, his choice of opening will be taken in accordance.

A strong chess player usually tried to identify the patterns in the position and in consequence. This allows him to transpose from one opening to the other relying on schematic thinking. This is something difficult for the average player, but it is one of the aspects that define a master.

A chess master usually keeps the tension during a game; he doesn’t simplify too early or get the play into a direction where the moves are forced and the opponent will find them by calculation. This is rather linked to the pattern understanding stated above; an average player may find himself in positions where he doesn’t know what to do and unnecessarily weaken his position.

More and more strong chess players give a great importance nowadays to the physical training as well. Besides the “routine” chess training, each has their own sports routine, from running to going to the gym or pool.

While it is easy to panic in a position for an amateur, a Grandmaster faces the difficulties with a fighting spirit, keeping a positive approach to every situation. Panic can make you see ghosts, thus resulting in bad decisions in equal positions.

Ready to start winning games with Chess Secrets? Check out our store and articles: