10 Things We Can all Learn from Garry Kasparov 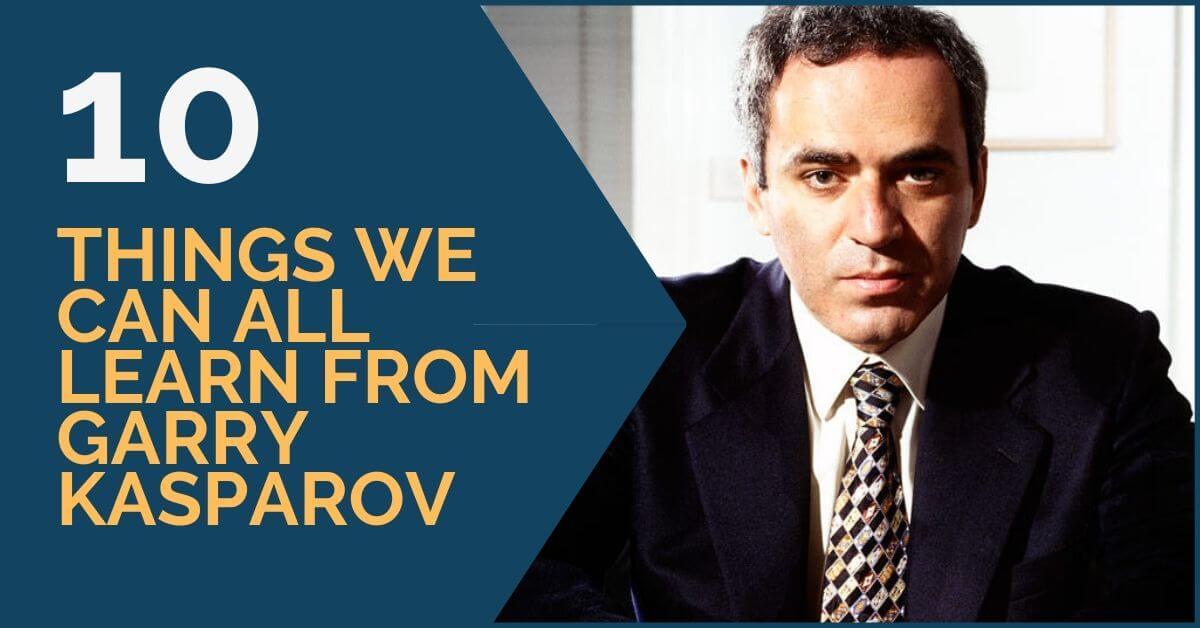 Studying the games of the classical players is a great tool of learning for those who want to improve at chess. From typical plans in a certain structure to positional and tactical ideas, there is a great deal to learn from the games of the strongest players of our game. You will discover that each player has their particularities, their own style of play and you can learn different things from different players of the same level.

One of the greatest players of our times is, no doubt, Garry Kasparov, who probably needs no introduction in the chess world. He is one of those players whose games are a never-ending source of inspiration for all the generations of chess players. He is an incredibly strong player with a universal style, which means that you can learn about everything from his games, with some of them being:

Garry Kasparov was a great attacker; he knew when to attack and how to do it. A quick search in the database will reveal a great number of games where he simply crushed his opponents. There is a lot to learn about the art of attack and by watching his games you can understand how to prepare an attack, how to develop it, but also when and how to deliver the final blow.

Attack or not, Kasparov always searches for the active moves in his games and fights for the initiative. It is important to learn to search for such moves and get used to playing forward, actively, as much as possible.

It is probably clear by now that you can learn basically anything that has to do with active play from Kasparov and counter-play is another important concept. Whatever the situation on the board, you should make it as difficult as possible for your opponent; set traps, create threats.

If you look at his games, it will appear as if giving up rooks came natural to Kasparov. He preferred to have the long-term initiative in exchange, be the one who is pressing and he employed the exchange sacrifice many time in order to obtain this.

5.How to play with the bishop pair.

So far we have only spoken about dynamics and attacks, but Kasparov played no less better positionally. One of his favorite strategic advantages was the bishop pair and he handled it amazingly. It is pure magic to see how easy it comes to him converting this small plus into a convincing win.

6.How to keep the opponent under constant pressure.

A player who is always under pressure or has to defend and keep his eyes open for tricks is more likely to make mistakes. Kasparov’s games are clear examples of how to do this in a successful manner.

If all the above has been about middlegame, we cannot forget that he was also a great opening expert. Given his love for dynamics, it is no wonder that his repertoire reflected this. One of his favorites against 1.e4 was the Sicilian Najdorf, where he has played some true masterpieces. If you’d also like to learn it and don’t know where to begin, his games are a good starting point to understand the plans, tricks and ideas present in this opening.

Another favorite of his, this time against 1.d4, was the King’s Indian and here, again, you can find many instructive games played by him. He had a great feel for the resulting positions and handled them in a great manner.

9.Get a feel for dynamics.

If you are not exactly the dynamic type of player, Kasparov’s games can help you develop this feature. He knew how to complicate matters and take the game on his territory.

10.He was very critical with his play, no matter the result.

It is very common nowadays that players only analyze their losses or simply skip this step. This is a big mistake and Kasparov saw the analysis of his own games as the most important tool for progress. Win or lose, there is no perfect game – identify your own mistakes and learn from them.

Related Products
3 2 votes
Article Rating
Login
0 Comments
Inline Feedbacks
View all comments
Join the FREE Road to 2200 Masterclass (and learn how to Attack Like a Chess Master)
We value your privacy
Supercharge Your Chess in 21 Days!
Join Academy Today!