Won Positions: 4 Tips for Converting Them 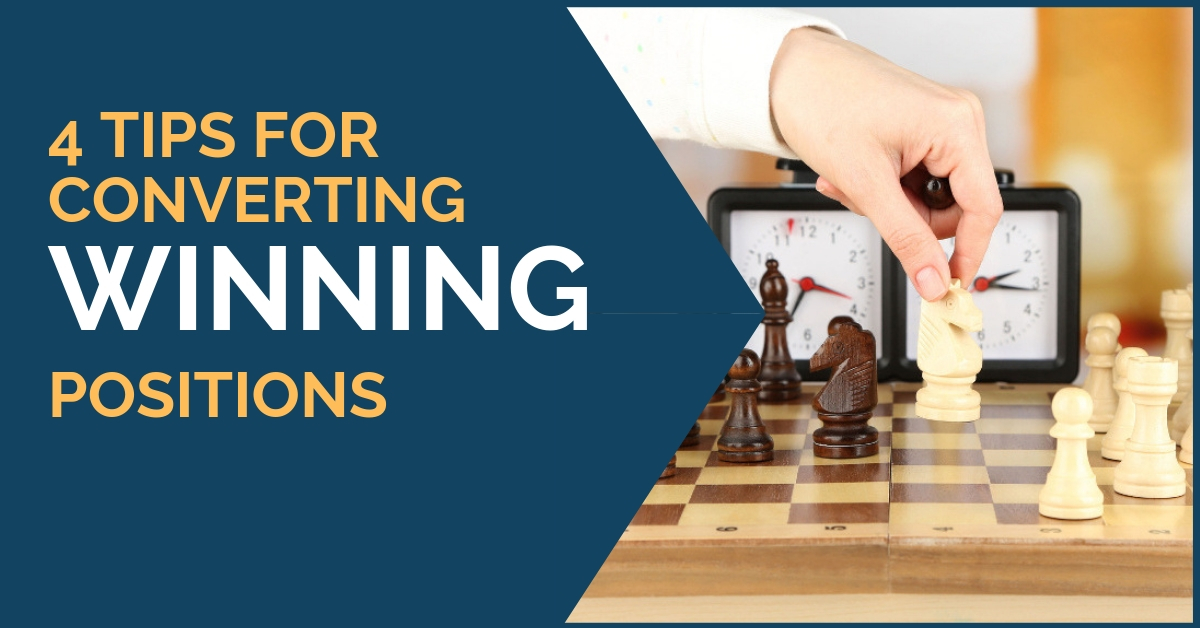 Won Positions are said the most difficult ones to win. And I believe many of you can relate to this saying. No matter how big the advantage, there are opponents who just won’t give up and will put up stubborn resistance. Not only that, but our brain sometimes seems to be on their side as well – we make decisions that later cannot explain or understand ourselves. It’s as if the thought of having a won position sometimes paralyzes our brain and we cannot continue to just simply play chess.

Or, we consider the position so winning that we expect our opponent to give up and resign any time now and we relax too soon. This is a huge mistake and is what opens the gates of unexpected chances for our opponent.

How should we react in these moments, then?

Get stressed about the advantage and see ghosts everywhere?

No – see the “brain freeze” above – but you should:

1. Be more alert and pay more attention to your opponent’s ideas

You are winning – you know it and so does your opponent. But nobody will go down without a fight. So expect him to try to get active or set little traps. Keep your eyes wide open, but don’t panic either. They shouldn’t work, you just have to find the right way to fend them off and create threats yourself.

Most people expect to win immediately after getting material advantage. While this can sometimes happen, it may not always be the case. It’s important to cool your head and just get on with the game.

Stop thinking about the material advantage that you have and tell yourself that this is where the game starts – the strategy is the same and so are the rules of the attack or the tactics. Continue playing as if it was a normal game, only that you have a bigger army than your opponent.

3. Trades favor you, but don’t execute them automatically

With fewer pieces on the board, your opponent’s chances of getting the initiative and trying to mud the waters are significantly lower.

However, you should take into account the type of endgame you want to achieve as well – assess your winning chances correctly and avoid the situations where your opponent may be able to fight for a draw. On the other hand, before exchanging any pieces you should evaluate if trades really are in your favor.

These are only some of the questions you have to find answers to before deciding on a trade.

With nothing left to lose, expect your opponent to try to get active and complicate the game at any cost. While the odds should still be in your favor, there’s no point in entering a double-edged position where, as winning as you may still be, it would be easy for you to make a mistake and lose the advantage.

The initiative is very important during a game, but in these cases, it becomes even more valuable. Try to hold on to it at all times and don’t overlook your opponent’s active ideas, thinking that they are not dangerous anyway. Always try to keep him in a passive position and be the first to create dangerous threats!

We hope that the ideas above will help you to convert the advantage successfully in your future games. Remember, this is not always an easy task, so you shouldn’t relax too soon, but you shouldn’t become stressed about it either – just keep playing simple chess!