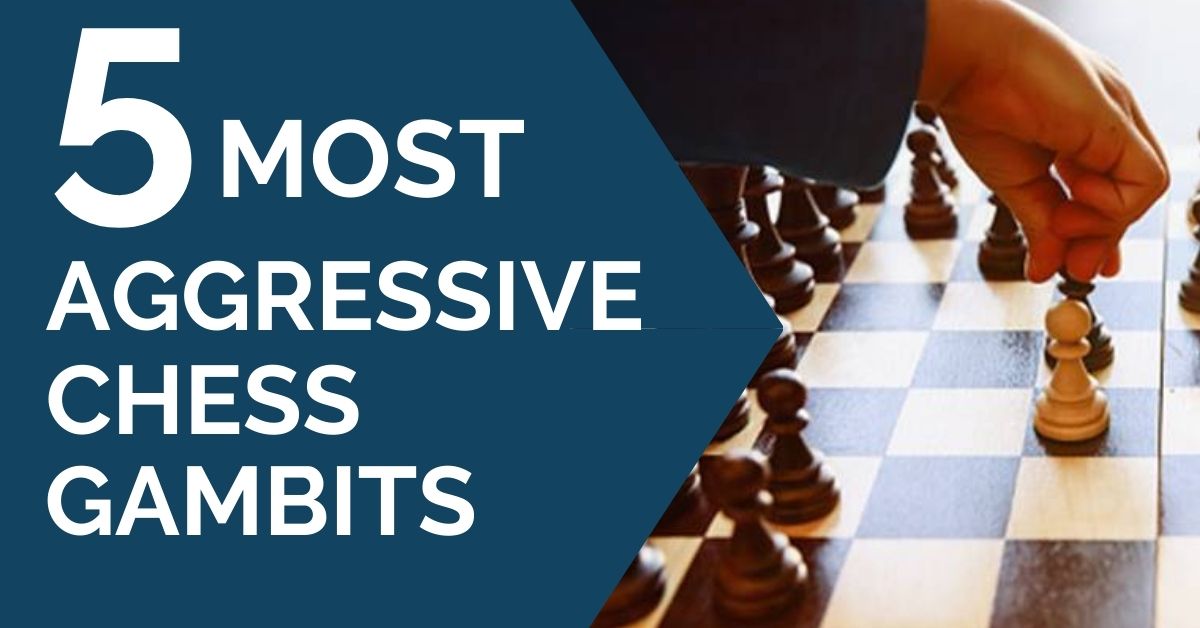 Chess Gambit is an opening where one side sacrifices material, hoping to achieve an advantageous resulting position. In most cases, in exchange for the material that side gets better development, weakens the opponent’s king, or opens some lines for an attack. If we compare chess gambits with life, it is like trying to prove mind over matter, trying to reject the philosophy of materialism. This is why there are so many fans of chess gambits all over the world. Besides being a truly romantic approach, it brings more fun into the game.

The most famous and popular among chess gambits is the Queen’s Gambit (especially since Netflix released the series with this name). It starts with 1.d4 d5 2.c4, and White’s idea is to use the flank c-pawn to deflect the central d5-pawn. 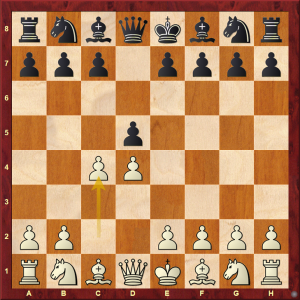 If Black accepts the offer, White will regain the pawn quickly by moving the e-pawn and opening the road for the f1-bishop. So a flank pawn is going to be exchanged for a central pawn, giving White a pawn majority in the center and opening the c-file for the rooks. You see that the idea behind this gambit is fully positional; it is hard to expect any interesting attacks started by this opening. Actually, it is not even a gambit in its true meaning, because White will capture the pawn back easily.

So chess gambits are different; not all of them lead to fun attacks. But for this article, I chose the most aggressive chess gambits, those where one side makes real sacrifices and aims for very sharp positions.

Of course, we should start with the King’s Gambit, the main romantic opening of chess. According to my database, the first time it was played in 1560! It starts after 1.e4 e5 2.f4: 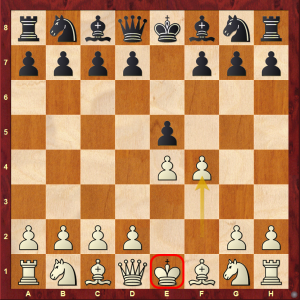 The idea is the same as in the Queen’s Gambit, deflecting the central pawn by a flank pawn. The difference is that now it happens on the kingside which weakens White’s king a lot. But it doesn’t mean that White will become a defensive side; the f-file is going to be opened very soon, and so White is going to target Black’s king as well. Sounds like an introduction for a blockbuster story!

In the viewer below you can see one of the most famous chess games called “The Immortal Game”, where Adolf Anderssen sacrificed a bishop, two rooks, and the queen to deliver a picturesque checkmate on move 23.

The King’s Gambit was one of the main weapons of the World Champion Boris Spassky and many other strong grandmasters. But nowadays, we rarely see this chess gambit at the top level. One of the reasons is that with modern engines Black managed to find many convincing ways of meeting it. The other reason is that it is a perilous approach in general, and overall chess professionals prefer to play safe and solid.

Although, some brave attacking players use it from time to time as a surprising weapon, for example, Vassily Ivanchuk managed to beat Peter Leko in the Legends of Chess rapid event this year. Although at lower levels, the King’s Gambit is absolutely playable and remains a very unpleasant opening to meet.

One of the most solid and safe openings for Black is the Petroff Defense. It starts with 1.e4 e5 2.Nf3 Nf6 3.Nxe5 d6 and has a reputation of a drawish opening.

Usually White retreats the knight from e5 to f3, Black captures on e4 and soon equalizes in a calm symmetrical position. But aggressive players don’t enjoy seeing it on the board and sometimes opt for the Cochrane Gambit. 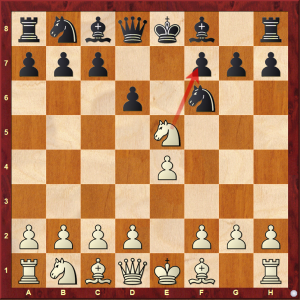 Believe you or not, but the Cochrane Gambit starts with 4.Nxf7 here! It is one of the most insane-looking chess gambits. Well, White sacrifices the whole knight in exchange for two central pawns and chances to attack Black’s exposed king, which doesn’t sound that bad. But on the other hand, none of White’s pieces is developed yet, and Black’s king is surrounded by many defenders. And this makes the fact that Veselin Topalov played the Cochrane Gambit against Vladimir Kramnik in a classical game even more stunning.

Here you can see it:

Of course, Kramnik was strong enough to defend against the Cochrane, but at the club level, this gambit definitely can bring a lot of fun.

This gambit can be used against both the Sicilian and the French Defenses. In both cases, White sacrifices his b-pawn to occupy the center and develop faster.

And it is a very dangerous weapon, especially if Black doesn’t know some precise theory. In the Sicilian it starts with 1.e4 c5 2.b4 immediately: 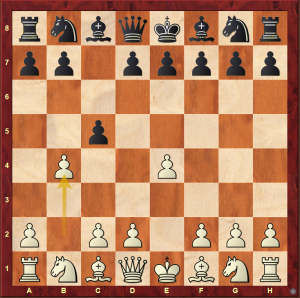 In the case of 2…cxb4 White usually continues with 3.a3, and then develops quickly with d2-d4, Bf1-d3, and then starts an attack. 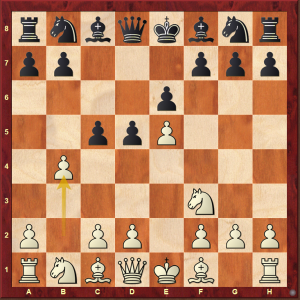 Again, after Black accepts the gambit (4…cxb4), White continues with 5.a3, and then d2-d4, Bf1-d3 with a strong center and a potential attack on the kingside.

This is one of those gambits where Black has to know what to do. Otherwise White can score easy and beautiful wins with direct attacks.

It starts with the Scotch gambit where after 1.e4 e5 2.Nf3 Nc6 3.d4 exd4 White instead of recapturing on d4 develops the light-squared bishop to a very active position with 4.Bc4. 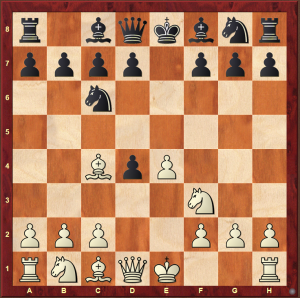 Many sub-gambits are starting from this position, but I consider the Nakhmanson gambit to be the most aggressive and beautiful one.

Here, after 4…Nf6, White sacrifices another central pawn with 5.0-0. And after Black takes 5…Nxe4, a stunning move 6.Nc3 comes! 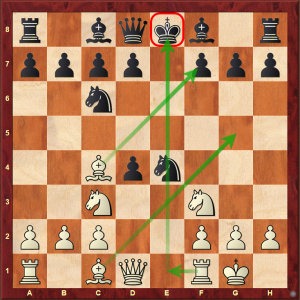 White opens the position with no waste of time and brings all of his pieces into the game no matter what. In practice, it is very difficult to handle this position with Black; even strong grandmasters can easily fall as victims.

As an example, look at the next game:

This gambit is played from the Black’s side and is objectively dubious. But it is full of traps and tricks that are very easy to fall into!

The gambit starts with the Petroff defense when after 1.e4 e5 2.Nf3 Nf6 3.Nxe5 Black instead of common 3…d6 (see the diagram from the Cochrane Gambit above) plays 3…Nc6. And if White exchanges the knights, the following position appears: 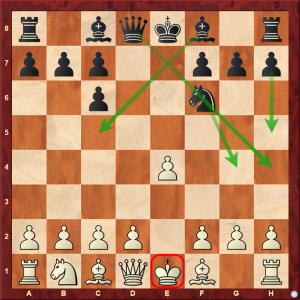 Black sacrificed a central pawn, but all of their pieces are ready to join the game quickly. The bishop now goes to c5, the knight to g4. If White plays Be2 to stop …Ng4, then Black can insist with …h7-h5. White has to defend precisely in order not to lose very quickly.

In the following game, White got checkmated in just 8 moves!

There are two classical games like this in my database, but imagine how many people fell into such a trap in blitz:

Chess gambits are not only fun to play but also good for developing your attacking skills, imagination, and calculation. It teaches you how to play dynamic chess and makes you value the initiative more than the material. I couldn’t mention all the possible chess gambits in this article and tried to choose only five the most popular, earliest, and aggressive ones.

Hopefully, you liked them and will try in your games.

1
Reply
Join the FREE Road to 2200 Masterclass (and learn how to Attack Like a Chess Master)
We value your privacy
Supercharge Your Chess in 21 Days!
Join Academy Today!