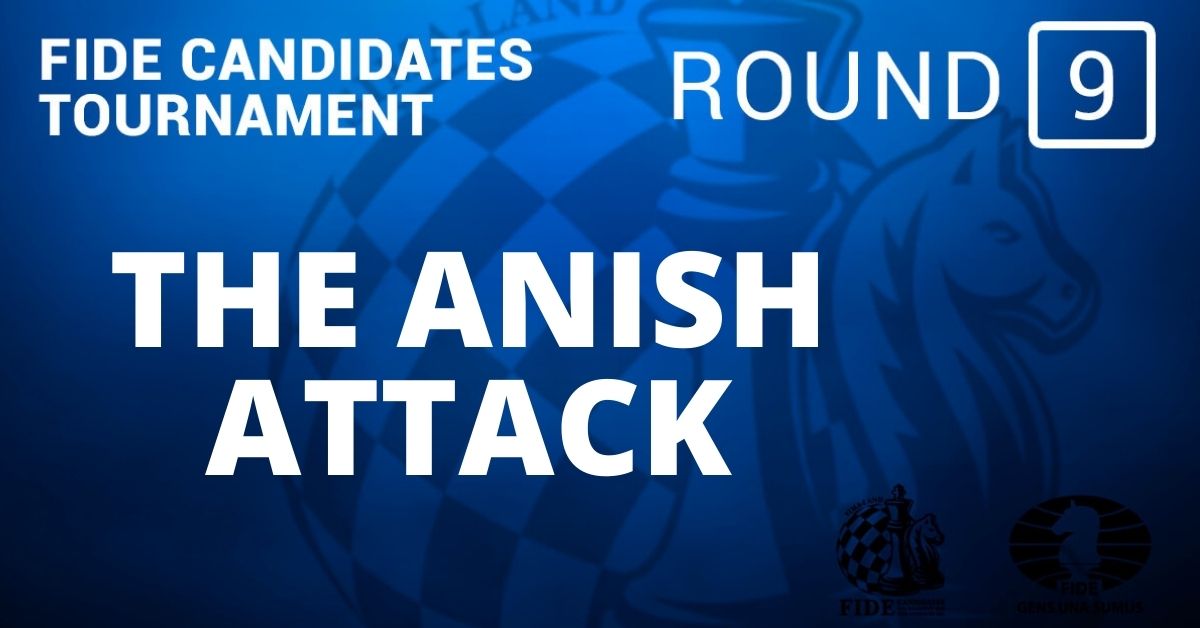 Anish Giri managed to win against Wang Hao in round nine. He is now only half a point behind the leader. The remaining games have finished drawing, no not without a big fight.

“It was very important for me to win this game to realistically stay in the race, otherwise it would have been really hard,” said Giri.

He reminded everyone that he drew all his games in the 2016 Candidates tournament, and added: “It’s not enough that the tournament goes well and nobody is pulling ahead; you also need yourself to win games at some point.”

In the game, it was a Catalan Opening, in which black has got a passive position. At some moment he decided to go c5, which has resulted in trading a few pieces, but white managed to activate his major pieces.

It turned out that the Chinese player was at that point too concerned about his position. White was only slightly better, with no clear way to break through just yet when Wang weakened his kingside too much on move 27. “Very bad, but I couldn’t find a move,” he said.

Without counterplay and in serious time trouble he soon lost the game.

In the game between Ding Liren and Maxime Vachier-Lagrave, it was a surprise already after 3 moves as white played h4 in Grunfeld.

Black couldn’t find the best plan and he soon was in trouble.

MVL thought so too: “I just got into lots of trouble and at some point, I was sure my position would just collapse in a matter of two moves.”

It’s funny that again as the day before he was offered a piece with 15.Nd4 and again his opponent was playing very fast until this point and he gave it back. Ding had a huge advantage, as Nigel Short said this is a position where man think it is the only advantage but the engines think it is game over.

As time was running out for the Chinese he made a blunder with d6 and lost the pawn, after which with very smart moves black managed to hold.

Another Gruenfeld was played in the game between Grischuk and Nepomniachtchi.

White has played h3, which is a new idea at the top level, then we offered a pawn which led to big complications. After black wanted to simplify the position and white was looking to make it sharper. At some moment in the endgame, Alexander took a gamble with Rf7.

He said he “just tried to spin a roulette” there and it seems Nepomniachtchi could have been pressing a bit but instead he chose to liquidate to a drawn rook endgame.

In the game between Alekseenko and Caruana, it was black who was pushing for a win. The Russian has offered a pawn in the Italian game and was the third player to sacrifice as White in the opening, in his case also a pawn, and afterward, he said he was happy with his preparation: “Finally I had some extra time in the opening.” Caruana also noted that his opponent prepared well for this game.

However, Fabiano managed to find some good moves and soon took the initiative.

At some moment as Magnus Carlsen suggested he could have simply taken one free pawn with Na4, instead he played for the initiative but white managed to get an equal rook endgame and to hold.