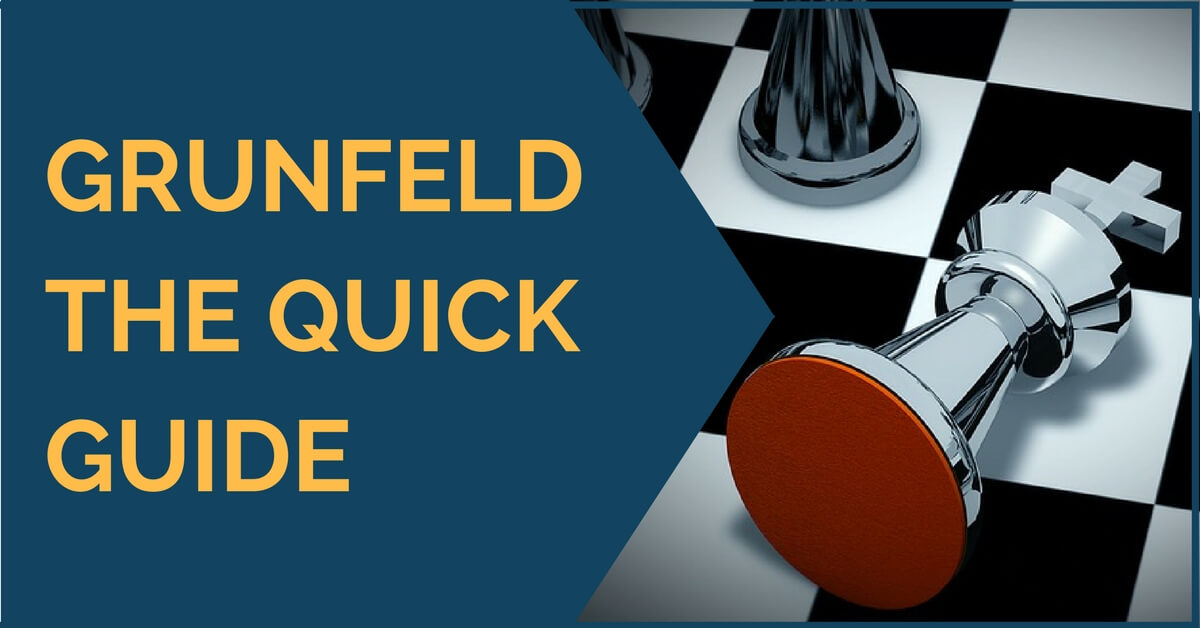 Grunfeld, one of the most popular defenses for black today against 1.d4, is employed by both top players and amateurs who like to play active and look for complications with the black pieces. Some of the strong players who have successfully used it are Vasily Smyslov, Viktor Korchnoi, Bobby Fischer, Garry Kasparov (in the match for the World title against Anatoly Karpov), Peter Svidler, and Gata Kamsky. Nigel Short is another Grandmaster who has briefly used it with good results against Jonathan Speelman in the Candidates match in London in 1991.

However, it has not always been this popular, as it contradicts the general rules of chess. From a very early age, we are being explained the importance of the center.

Every beginner player is told that he/she needs to control the center, thus they must begin with 1.e4/e5 or 1.d4/d5. The Grunfeld Defense [here are 10 Reasons to Play Grunfeld Defense] does exactly the opposite, relying on the modern concept of attacking the center from afar.

Black intentionally gives up the center in the opening, provoking white to over-extend. The idea is that once this happens, he will start to attack it with his pieces in order to turn it into a weakness rather than a strong aspect of white’s position.

The opening started to gain popularity after Ernest Grunfeld’s victory over future World Champion Aleksander Alekhine in 1922. Since then it has become a feared weapon, as it can lead to very sharp play.

Black’s activity can become dangerous if white doesn’t know how to correctly parry it. Once the dark-squared bishop from g7 (black’s most treasured piece in this opening) comes to life on the long diagonal, it can cause great trouble on white’s queenside.

Black’s play takes place in the center and queenside, where he achieves a pawn majority in most of the lines.

In order to understand better the ideas of this opening, we will show and explain to you a few model games that can serve you as a starting point if you decide to include them in your repertoire. However, you should know this: the ideas behind it might look simple, but there is a lot of theory you should learn. 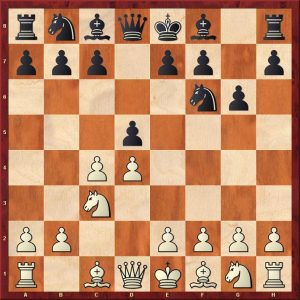 Here is the point where the tree gets branched, as white has a wide number of systems to choose from.

Let’s start with a game between two legends played in 1988: Korchnoi with the white pieces against Kasparov with black. Of course, the opening theory has developed a lot since then, but it is an instructive game to watch nevertheless, as it shows the typical ideas of the opening.

White gets the powerful pawn center, while black attacks it from a distance and tries to occupy it with his pieces. It is interesting to watch how black harmoniously brings his pieces into play, while white seems to be out of ideas.

We’re going to continue with two games of one of the specialists in this opening, Peter Svidler. He played the next game in 2005 against another specialist of this opening, but this time with white, Boris Gelfand.

It is a rather sharp line where white sacrifices a pawn for activity. But here, black emerged on top after the complications:

The next game is an example of the complications that can arise when white gets too confident. Anish Giri, with the white pieces, starts a premature attack on the kingside. But, after a few precise moves from black, it is white who needs to find the right moves to keep the equality.

See the annotated game below:

We hope that you have enjoyed the games presented above. And, that they will represent a good starting point for studying the Grunfeld in depth.

Ready to start winning games with Grunfeld? Check out our store and articles:

thanks alot sir for the article grat graet great