Should I Take a Draw? 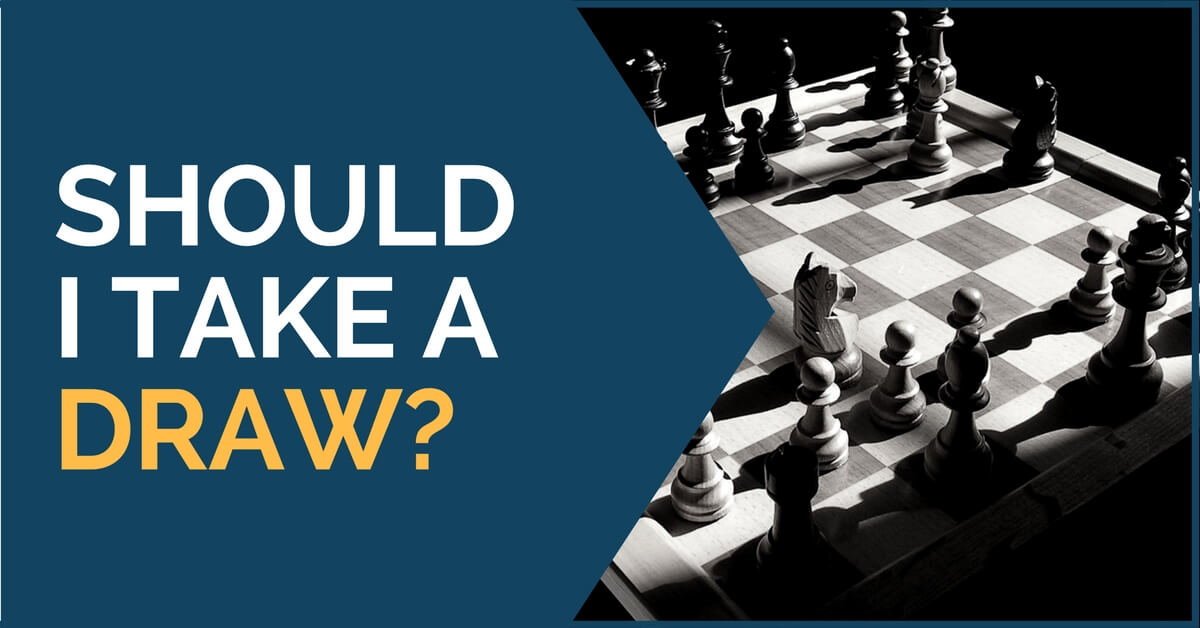 From time to time our opponents offer a draw and so do we.

Let’s try to figure out how to make the right decision about the “draw offer”. Different aspects should be considered here.

1. The most important factor is an objective assessment of the position

After all, sometimes we lose (and not only at chess) because of excessive optimism and overestimation of our own resources.

I will explain this by giving you an example.

Based more on the difference in ELO rather than on the nuances of the position (only slightly better for White), I was striving for a victory and rejected a draw.

The outcome was just the opposite… 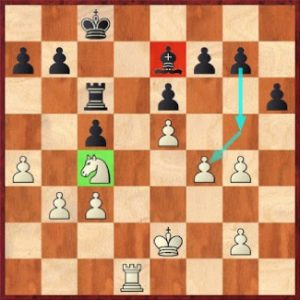 So, check yourself. Should you take a draw in the following positions? 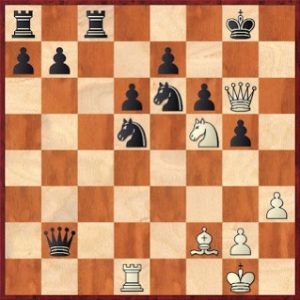 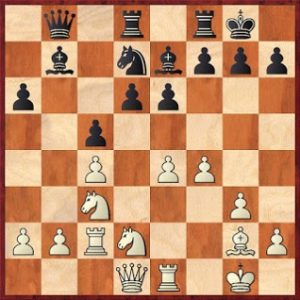 2. The chess level (strength) of the opponent is also important

Of course, if you play against a 2700 player you might feel more like agreeing to a draw, and if against 2100 – like continuing the fight. However, more important here is an objective assessment.

A couple of examples.

The last round, I played White against GM Corrales (~ 2600 ELO, Cuba). Both are in the leading group. I would have been quite satisfied with a drawish outcome…before the start of the game.

But is it worth to take a draw in the following position? 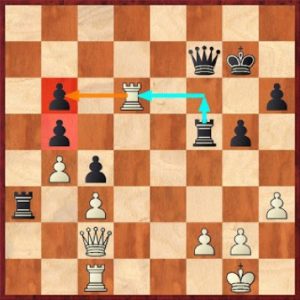 Hardly, because White has a long-term advantage due to the “defective” b6-b5 pawns.

The game continued for 35 more moves, I did not have enough precision to win, but at least I tried.

Next example:  the last round and also both were in the leading group. I was leading Black against a girl (~ 18 years old) with ELO ~ 2270.

Before the game I thought that I was lucky getting an “easy game” and I should win.

However: my stupid interpretation of the opening led to such an unenviable position. So it was already me who would be happy to get out with a draw.  I offered a draw, hoping that she would agree “out of respect” to the ELO-difference.

Alas, the opponent continued the struggle. It was a very curious game, maybe I’ll talk about it later, there are several useful points. 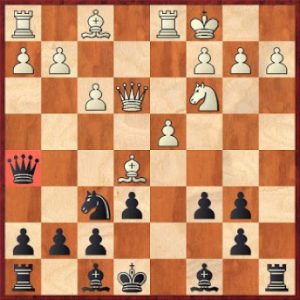 3. Time on the clock is important too

It is necessary to get a clear vision. If you do not have enough time, you need to be realistic and assess your chances to keep concentration.

Meanwhile, there is another danger. Sometimes the opponent (with 30 seconds increment per move) deliberately keeps having just very little time left, wishing to provoke you for an unreasonable time-play. Do not fall into such a trap!

You would make a mistake, your opponent will start replying quickly, his/her time will be “accumulated” and you will only have to resign …

4. Of course, the tournament standings do matter

In general, when playing White I would always try to fight for the victory. However, if I am being an individual leader in the tournament or have achieved some kind of sporting goal I’ve set,  then I am eager to take that draw.

After all, participation in the tournaments is not just fun, I need to win prizes.

A lyrical digression and an example.

Sometimes it happens so that your train, plane or bus leaves dangerously close to the end of the tournament (last round).

What to do, if you are in the group of leaders and do not want to lose?

A couple of times the following method worked out.

In 2009, after a tournament in Wroclaw (Poland), I had to fly to Barcelona and further to the island of Tenerife (Spain). The organizer knew that “we need a car to the airport to as the flight is at 15:00” (in fact – at 16:00, I always keep extra time margin for whatever urgency).

Apparently, quite by chance, my opponent from the last round got to know about this hectic situation. Naturally, he refused a draw and was demonstratively contemplating about each move for a long time. Just sitting at the table, waiting for me to give up, hurrying to the plane.

I had to play very quickly and perfunctorily as if a rapid-game as I could only “afford” about 30 minutes. The quality of my play was low, but I managed to get an edge 🙂

The Polish chess player artificially drove himself into time trouble with all the ensuing problems. 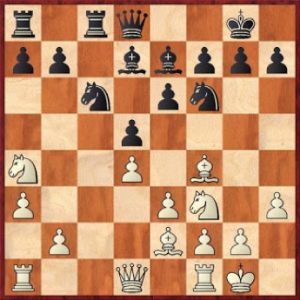 After the 45th move, the position was already like this. 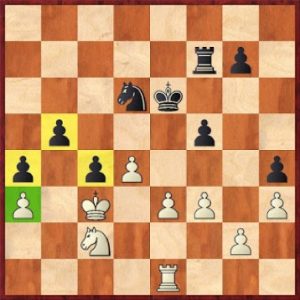 Here the guy offered a draw, apparently confident that I would agree in any case, being misinformed about the departure time of my flight!

I rejected the draw, won the game and even to managed to have a lunch before leaving for the airport.

Moral of the story: try to go for “fair play”.

5. How you are feeling (physically) is an important factor

If you are sick or it is very stuffy in the playing hall, keep the battle going is very risky. Mistakes can be just random and unpredictable.

Here is a good example of that.

It happened in Berlin. Very friendly organizers, nice atmosphere. But during the evening game (two rounds a day) it was unbearably stuffy in the playing hall. Opened windows between the rounds did not help.

Gradually outplaying her opponent, my wife Tatiana (WIM) makes a mistake on the last move.

She leaves the tournament hall being upset, disappointed and red-faced. 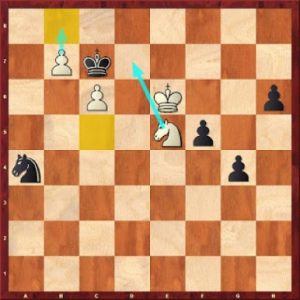 It is very noteworthy that both chess players did not see such an easy thing. This is indeed the lack of the fresh air   🙁

So, consider all the abovementioned points when making a decision on whether to take the draw!