Kramnik needs no introduction. He is one of the most elite chess players during the past decade and keeps going strong.

Kramnik’s most significant accomplishment is taking away the world championship title from Garry Kasparov, in 2000. Kramnik kept the title till 2007, when he was defeated by Anand. 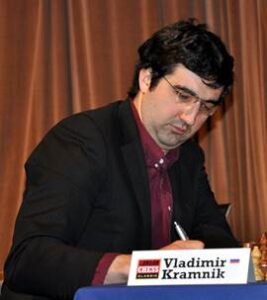 Playing blindfold, like it or not, you have to make your body work at full power, otherwise you risk losing your orientation at the board.

Playing rapid chess, one can lose the habit of concentrating for several hours in serious chess. That is why, if a player has big aims, he should limit his rapid play in favor of serious chess.

Every month I look through some ten thousand games, so not as to miss any new ideas and trends. 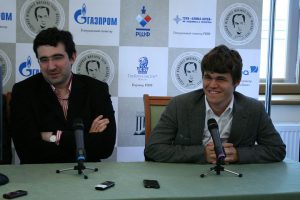 On the whole, the life of chess professional is not as easy as it appears at first sight. One needs to devote some ten hours a day to chess and to everything connected with it – physical and psychological preparation. 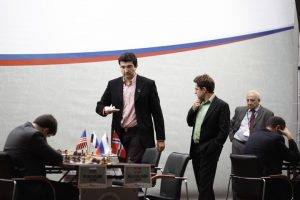 I don’t know whether computers are improving the style of play, I know they are changing it. Chess has become a different game; one could say that computers have changed the world of chess. That is pretty clear.

Chess is like body-building. If you train every day, you stay in top shape. It is the same with your brain – chess is a matter of daily training.

Look at the catastrophic record Vishy Anand has against Garry Kasparov. Kasparov managed to beat him almost everywhere they played, even though Vishy Anand has belonged to the absolute top players in the world for fifteen years. This difference cannot be explained purely in chess terms, there must have been some psychology. 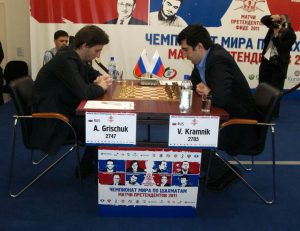 Chess is an infinitely complex game, which one can play in infinitely numerous and varied ways.

I am convinced, the way one plays chess always reflects the player’s personality. If something defines his character, then it will also define his way of playing.

Even if you play perfectly, a fault of your opponent’s can destroy the entire beauty of the game.

Credits: Images used with a permission from ChessPro.ru