The Tiger: Learning from Vishy Anand

The Tiger. Who is that? If there is a player that everyone likes that has to be Viswanathan Anand or the way we all know him, “Vishy” the Tiger from Madras. Vishy has been in the selected group of elite players for decades, winning tournaments and leaving behind a thread of great games for chess history.

In recent years people have adventured to announce a certain decline in his play, but he keeps proving them wrong time after time.

I think with time and seeing the wonders players like MVL, Carlsen, or Nakamura (to name a few of the younger stars) are doing, one can only admire Vishy’s chess career and how he has managed to keep standing among the best players even more. The Tiger’s playing style has always been characterized as universal. He is the kind of player who can play well in all types of positions.

Most of his games are simple to understand for the aficionados. His classical approach in his choice of openings does not limit him from having a top-notch preparation that has scored massively for him on many occasions.

However, if there is something Anand exceeds, this is the calculation. For years, his fast calculation skills were the main factor to turn the tables in his favor. In this article, we are going to pay tribute to the wonderful Anand by remembering some of his best moves.

We recommend you take the following positions and think before checking the answer. 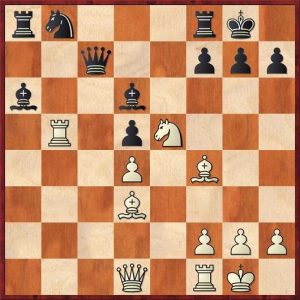 Experienced players and coaches may recognize this position. Black has just played 20…Bb7-Ba6 offering the d5 pawn in order to complete his development after 21.Rxd5 Nc6 with a worse, but playable game.

However, here Anand found a route to win the game, can you spot the complete sequence? 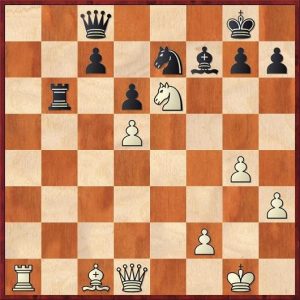 White’s position looks so much better and easier to play. However, it is time to make decisions and capitalize on a tangible advantage.

Can you see with what sequence Anand managed to kill all hopes for black in this position? 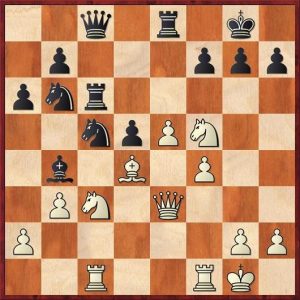 Black has just played 21…Qc8 hitting on the knight on f5 and putting some pressure along with the C file. Black was probably not aware that the end could be so close.

Find the winning blow for white! 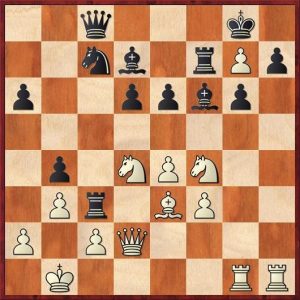 After a well-carried attack in a Sicilian defense, Anand has reached a position where everything seems to be in white’s favor. However, one must be precise until the end.

Can you see with what sequence Anand took the victory? 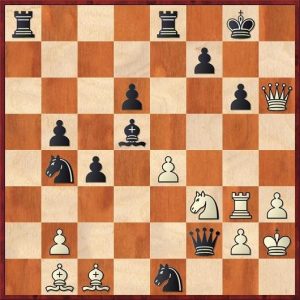 One of the best-attacking games Anand ever played. After introducing a stunning novelty in a well-known line of the Spanish opening, white reached this position that looks like a complete mess. Black has some hopes to survive due to his extra rook and seemingly active position. Nevertheless, according to sources, this was all part of amazing home preparation and Anand only spent a few minutes finding the next move to win the game brilliantly.

White to play and crush! See the answer here:

We hope you enjoyed reading and going through the positions in this small article on Anand’s attacking play. Whether you are a coach or an amateur wanting to improve, we sincerely hope the material above serves you for instructive purposes.

Thanks for reading and feel free to share this article.