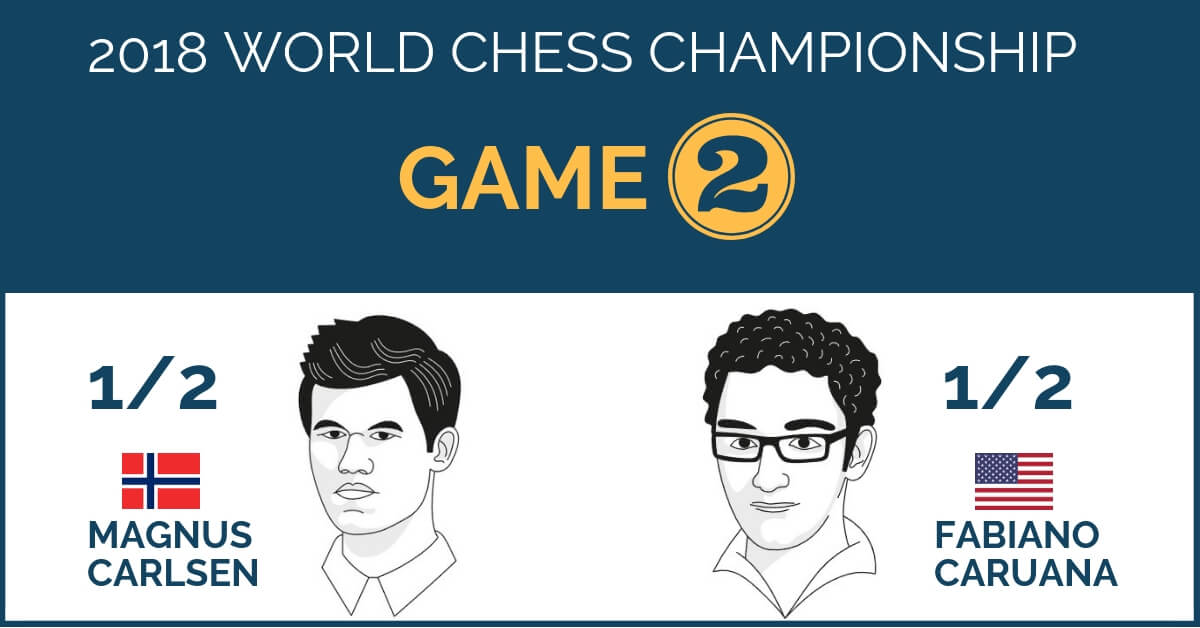 Game 2 of the World Chess Championship Match is over. Everyone expected Carlsen to win after he missed a win in game 1 with Black. However, that’s not what happened. In fact, Fabiano Caruana was able to get an extra pawn in the rook endgame, which still ended in a draw after only 49 moves.

Carlsen went for 1.d4 which was a small surprise, later Caruana played the rare 10…Rd8.

This was a big surprise for Carlsen who immediately started spending a lot of time. 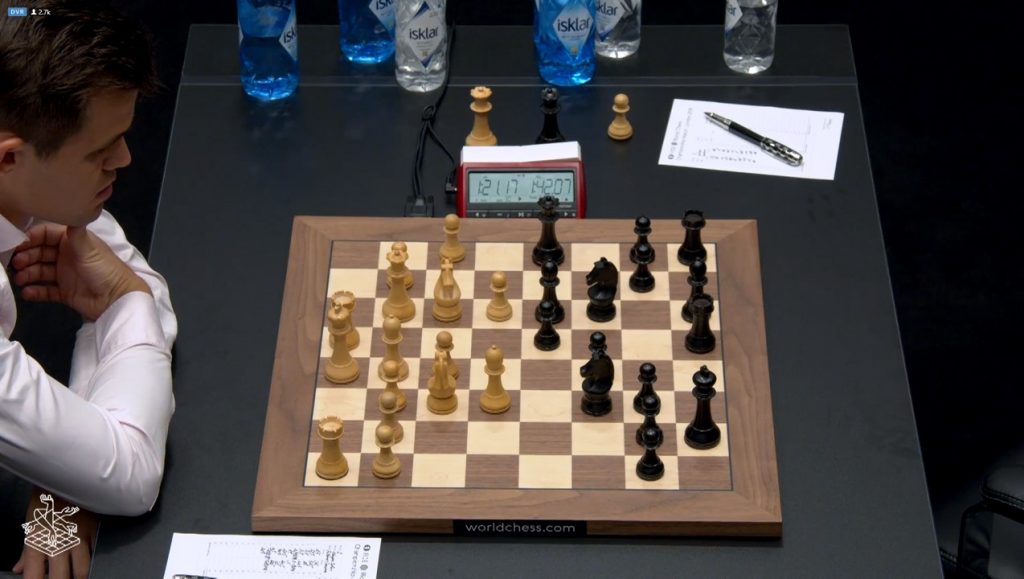 The most interesting moment in the game was on move 17 when Carlsen could have sacrificed a piece for what looked like a promising attack.

However, this is not his style so it wasn’t surprising that Carlsen decided to keep it simple and the game went to a draw. Even that he has a worse endgame, he didn’t have trouble holding it.

So after 2 games, both players showed their good preparation with black and in both games, white was suffering. This shows the importance of an opening surprise in the games between great players.

Carlsen: “This was not very good. I was surprised at the opening. I thought I had chances to a small advantage. I miscalculated something. Then I had to beg for a draw, but that went without problems.”

“I am not happy about this, but it’s better than losing.” He played a completely new move  Rd8 that actually doesn’t look natural to me. I have to look at it later. We’ll see if it was a surprise in this game or if he found something new.” Caruana pointed out that it has been played before in several games.