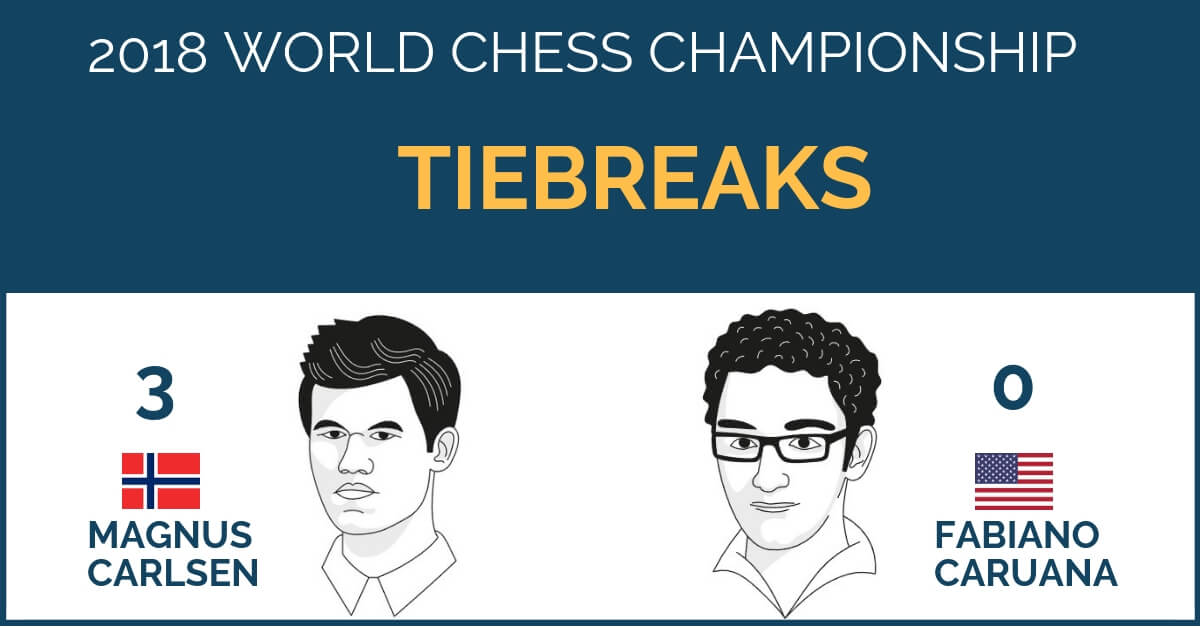 Magnus Carlsen has won 3-0 in the playoff and secures the World Chess Championship title until 2020! By winning in London he joins legends such as Wilhelm Steinitz and Alexander Alekhine with 4 classical WC titles.  In all the games in the rapid, he proved his advantage. In game one Caruana could make a draw in the rook endgame after he managed to fight back almost lost position but then missed his chance.

Game 2 was similar to game 12 after Caruana again in the same line start to make mistakes but this time Carlsen easily beats him.

Game 3 Cariana needed to win to stay in the match but never had a chance to create something and only could draw but he was forced to play and lost.

Magnus: “I’m very happy with how the match ended but I don’t think we’ve seen the last from Fabiano in this context!” 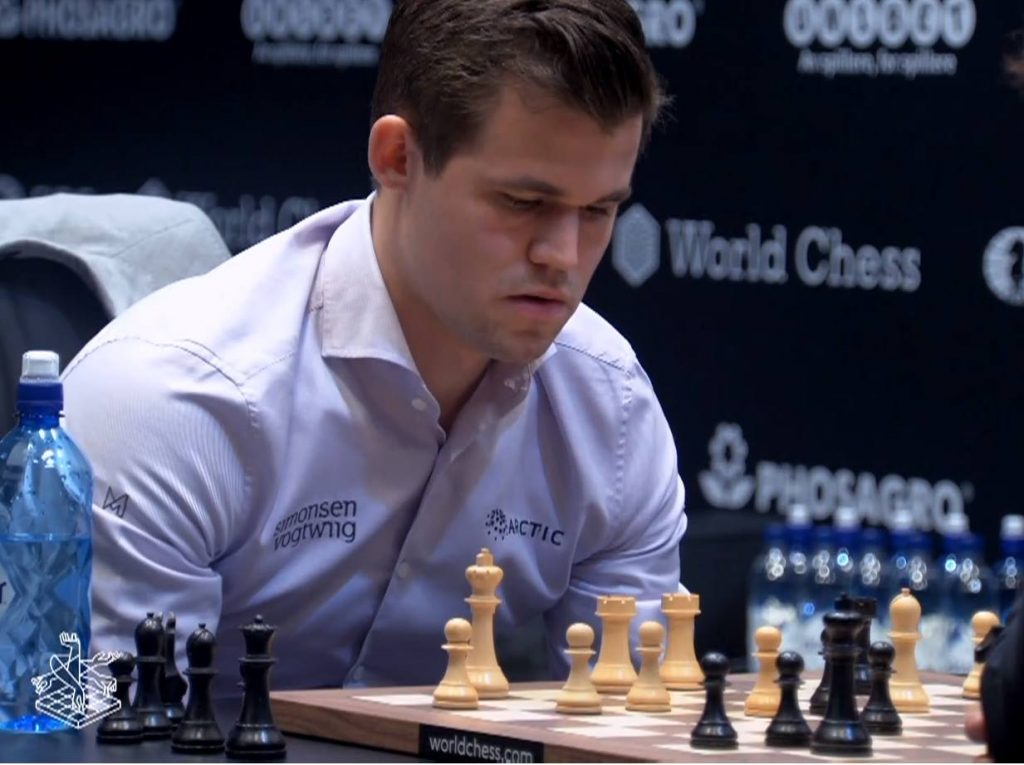 Magnus Carlsen takes on his high-profile critics (Kasparov and Kramnik):

“As for the opinions of Garry and Vlad, I mean, they are entitled to their stupid opinions. That’s all I have to say.”

“I’ve been a chess professional now for many years and my chess career dates even further back than that and one of the things that I’ve never done very well is listening to other people’s advice. I’ve always gone my own way… and it’s brought me this trophy today!”

In a post-game interview he said that between Anand, Karjakin, and Caruana, Fabiano Caruana is the strongest World Championship opponent that he has faced.

Carlsen’s consistent level of play in rapid chess is phenomenal. We all play worse as we play faster and faster, but his ratio may be the smallest ever, perhaps only a 15% drop off. A huge advantage in this format. Congratulations to the World Champion once more! Valiant fight from Caruana pushed Magnus to show his best, and, unfortunately for Caruana, today he did!

“I had a bad day. The second game was a disaster I didn’t even put up a fight. I wasn’t seeing anything that second game that was, of course, a disappointment. I just wasn’t playing at his level or anything close to it.” –  Caruana.

Asked about whether they would accept an invitation from Trump to the White House, Caruana responds: “I’ll refrain from answering that question”, while Carlsen says “I don’t think it’s very relevant for me, unfortunately.”

This was a hard fought match to the end, and I want to congratulate Magnus on defending his title. I was up against one of the most talented players in the history of chess, and I gave it everything I had. Throughout the championship, I have heard from fans around the world and want to thank them for their support. I feel that we put this beautiful game back on the map in America and hope it will inspire a new generation of players. I look forward to the opportunity to make another bid for the title.