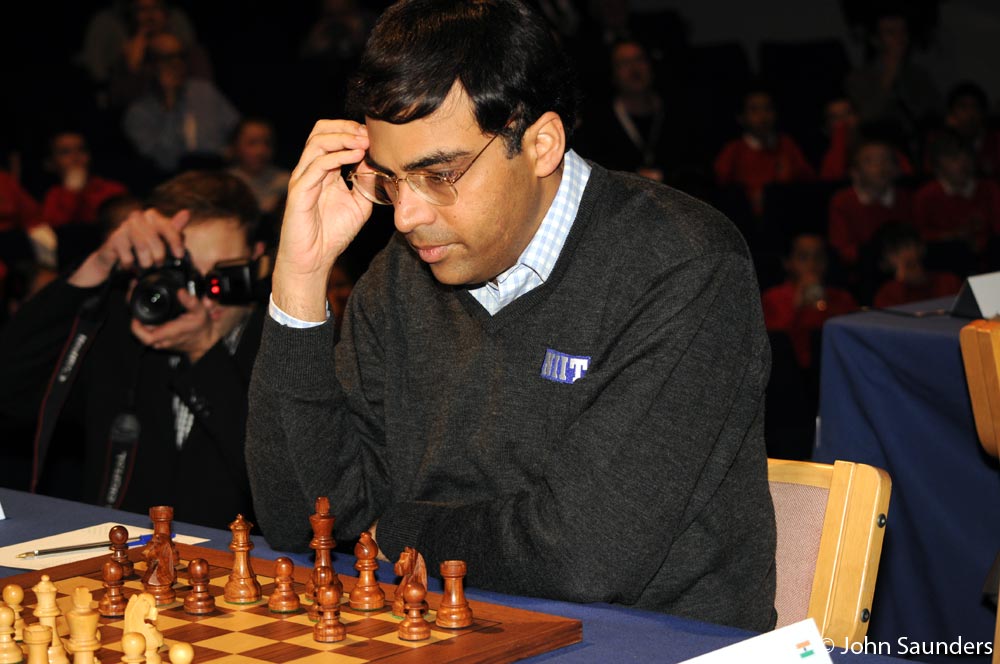 Viswanathan Anand is the first Indian Grandmaster and the 15th World Chess Champion. Anand learned to play chess at age of 6. In 1983 he won SubJunior Indian Championship with a perfect 9/9 score.

In 1987 he became the first Indian Grandmaster and won the Junior World Championship. In 2007, Anand took the World Championship title away from Vladimir Kramnik and defended the title against Topalov and Gelfand the following years. In 2013 he lost the title to Magnus Carlsen. Now that he has won the Candidates’ in 2014 he would have a chance for winning back the title from the Norwegian.Here are the 10 Life Lessons from Anand: 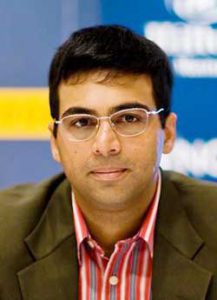 When you keep on playing the same opening lines over and over again, you lose concentration and start making unforced mistakes. Home preparation and certain familiar positions make you feel too relaxed and unfocused. Sometimes, I even take unnecessary risks to spice things up. I want to force my brain to think about how to get out of the difficult position on the board. Otherwise, I can just fall asleep.

Away from chess, I also don’t let my brain procrastinate. I keep it busy by studying foreign languages and astronomy. There are many other ways to keep the grey cells working, as long as you can come up with new tasks and find solutions.

There is no system that can 100% prevent failure. When you’re making an important decision you always have to rely on the intuition and therefore, take some sort of risk. Sometimes, you gamble, get lucky and win the game. Sometimes it can be the complete opposite, you start playing safe. That’s a real mistake, you’re afraid to lose and start over-thinking if a certain move is too risky or not, not performing at the full potential.

If your opponent is obviously in a poor shape throughout the tournament, you need to be patient and push him into making a mistake. In other words, you need to create favorable conditions that will maximize his chances of errors. However, you should always be in control of the position and especially of your own pieces. It is best to have a couple of tricks in your sleeve. Unexpected move can easily force your opponent to lose balance.

4. Keep your emotions under control

We can always feel when our opponent is comfortable and when he isn’t. The body language is very powerful and can tell us the truth even if we cannot read the face. Some players turn red after they make a mistake, some start making sounds; others press their pencil hard.

I am one of the most “unreadable” players. I have trained myself to remain calm even when I’m boiling inside. That applies both to chess and to everyday life.

I typically spend about 2 hours in the gym daily. I start with cardio, then stretching and finally weight lifting. That clears up my mind which trains alongside with my body. Here is a simple example, after working for hours behind the desk your brain gets tired and stops thinking. Just get up from your chair! Your brain will interpret that as a signal to wake up and start working again.

Sometimes, especially during crucial moment of the chess tournament, I do breathing exercises. Try the deep breathing technique right before an important meeting; the amount of oxygen in the blood is proportional to the brain’s performance. 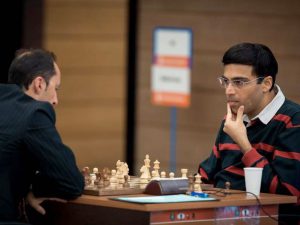 When you finally reach the goal you were trying to reach for a year, two years or even longer, it is very difficult to focus on something else. In 1987 I became a Grandmaster and fully experienced that myself. Since when I was 12, I kept telling to myself, I want to be the first Indian Grandmaster. After that happened, my brain just turned off. That is a good time to hive it a kick and to start working even harder for your next goal!

Nowadays, after I win a big tournament, I put away my chess board so that I don’t see it for few days. Then I sit down and write down what I can do better next time or even discover a new hobby to rest from chess. The next goal is simple, to play better than yesterday.

However, planning too much ahead can be discouraging. I try to just look forward to the next tournament and then to the next one and so on.

It does not matter how successful you’re today, you need to move forward. Otherwise you risk becoming too confident in yourself. Sometimes, little stress helps. If you feel that the tiniest mistake can ruin everything, you become more concentrated and start playing better.

However, if things don’t go as expected, you need to forget about the big future goals and focus on small problems. A good chess player is confident that he can win at least one game out of the next 4. In chess, one move can separate the biggest winner from the biggest loser. You always remember the game you have blundered away the most. But you shouldn’t. It is best to forget about it, and move forward. If you lose today and learn a good lesson, you will be more successful tomorrow. That is the best ideology in situations like that.

Sometimes you don’t take an opponent seriously enough and he beats you over-the-board. However, taking all opponents seriously is also a bad strategy; you risk losing self-confidence and start calculating every move twice. Nowadays, when all chess players use the same software for training, the main difference between players is how much reasonable risk they are willing to take. The nerves of steel and risky moves are the only way to becoming World Champion. 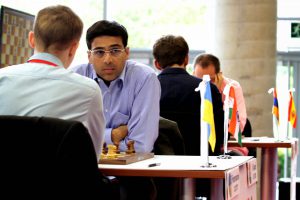 I do not read about myself before and especially during the tournament. If you do, you start losing the perception of reality and start playing accordingly. The best strategy is to take each tournament as a blank piece of paper and forget about all your previous victories and defeats.

10. Enjoy whatever you do

The best advice, I can give you? Enjoy whatever you do and always learn to do it better!

Looking for some serious chess training? Give a try to our training system.

Credits: original article (in Russian) is here. Images are used with a permission from Susan Polgar Blog.