The King’s March in Middlegame 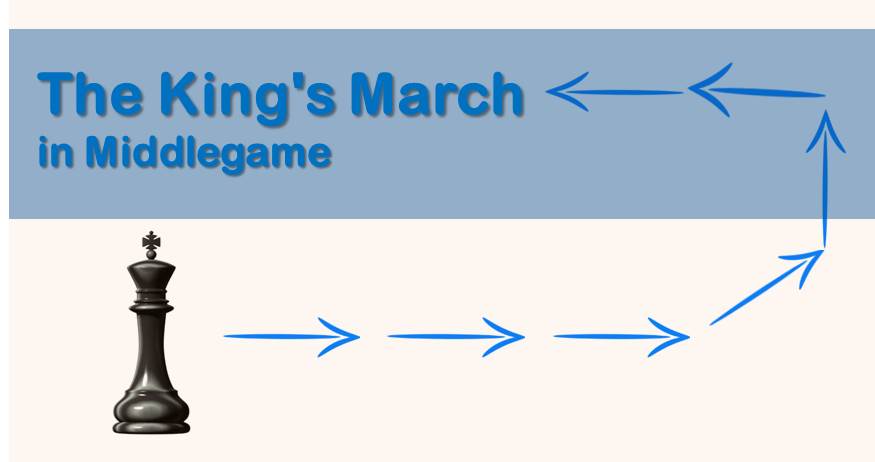 The subject of this article is a bit unusual among chess publications, as there hasn’t been talked much about the role of the king in the middlegame. It is well known that the king is the most important piece in the endgame.

A centralized king is without a doubt a factor that gives advantage in the endgame.

However, very little has been said about the role of the king in the middegame when there are still plenty of pieces on the board. The reason might be because there are no general rules about this matter, it’s a very specific element and in each position it has different characteristics.

Apparently, this resource comes from each player’s creative mind and courage to walk with the king all the way into the enemy’s territory. Needless to say it takes precise calculation and good intuition to make sure the king’s walk is safe. In this article we have chosen a few examples in which at some point the king took the leading role in the battle and went ahead to help the rest of his army.

First of all let’s begin with a classic example. Our experienced readers will identify immediately the position in the next diagram:

The king helps on the attack 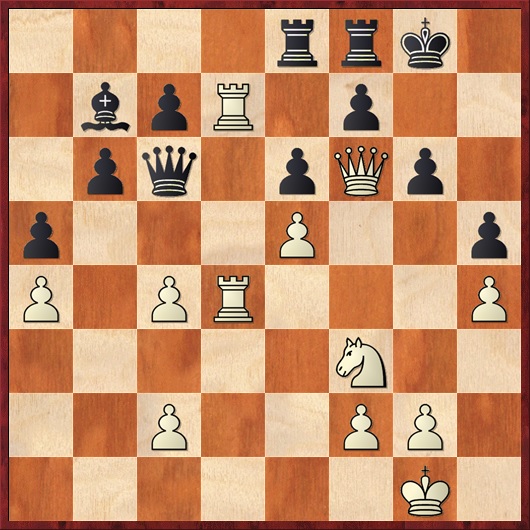 White has complete control of the position and black can barely move. However, the game still needs to be won and here is when Nigel Short started one of the most remarkable king walks of all times by playing 31.Kh2! His next moves were Kg3-Kf4-Kg5 and Timman resigned before allowing Kh6 with mate on the next move. Quite a unique game and an extraordinary idea found by Nigel Short with 31.Kh2. You can enjoy the full game here:

We’ll now move on to more recent examples of brave kings. In the Bundesliga earlier this year, the next position arose between Grandmasters Mista,A (2616) and Duda,J (2599). 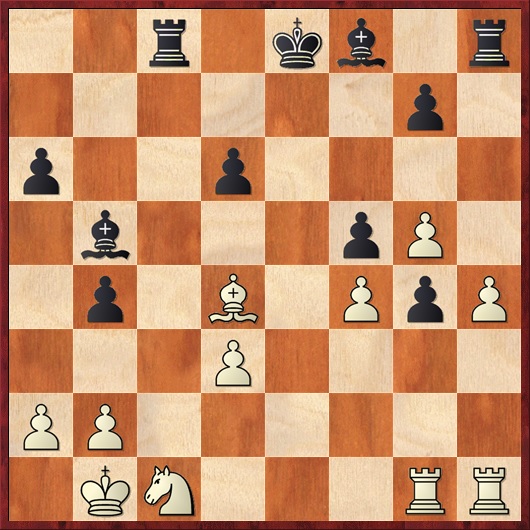 We can call this a queenless middlegame as there are still several pieces on the board. Black has a few good assets, for example the bishop pair and the strong passed pawn on g4. Here the Grandmaster Duda began a fantastic trip with his king all the way to the center with 24…Kf7! followed by Ke6 and Kd5. This is quite a safe place for the black king and, from here, it continued to play a major role in the coming endgame. The king’s labor did not end here and you can see the full details in the game:

Defending behind the enemy’s line

Not always the king’s march is done voluntarily. Sometimes our opponent gets counterplay against our king and the only way is to go into the opponent’s territory to find a secure shelter. Quite often the king not only finds safety, but also has a great influence in the position and helps the remaining pieces. The next two diagrams are good examples of this. 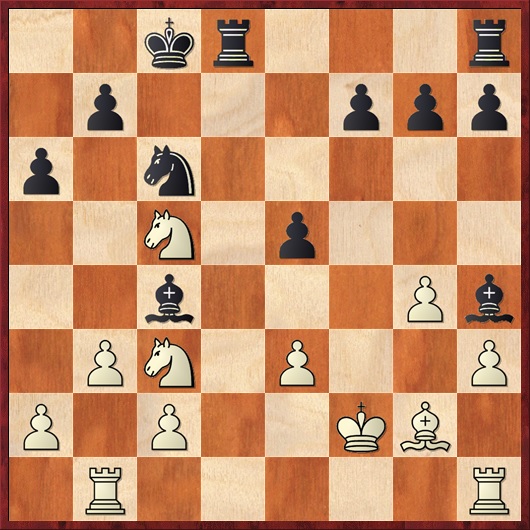 This position became famous after Navara beat Wojtaszek with a very nice opening preparation. Basically Navara had calculated very well the king walk up the F file in order to escape from the checks.

The last example is the game between young Spanish GM Anton Guijarro and the Armenian GM Tigran Petrosian. Both players are rated over 2600 and well known to the chess world. 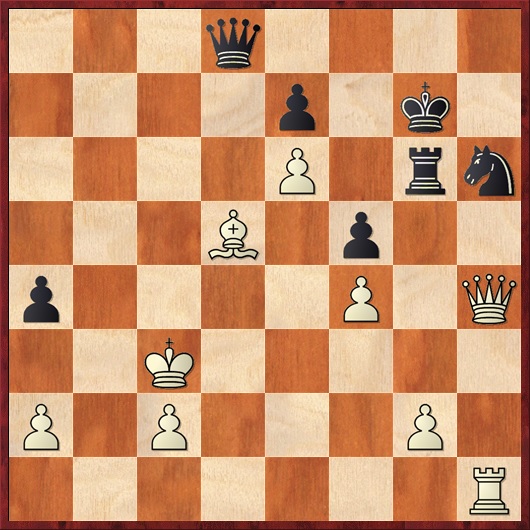 Black is fighting for survival but apparently he has some counterplay against the white king. However, Anton had everything under control and instead of trying to get some shelter on a3, for example, decided that the best way was to march with the king into the enemy’s ranks without fearing any ghosts. His calculation was fully correct.

We hope you have enjoyed these examples and, having enriched your chess knowledge, they will serve you as an inspiration for your own games. We think this is something you have to have seen before in order to do it, otherwise the fear of getting checkmated may pull you back, even though you might have considered it during the game. As we can see, there is a different story in every game, but they all have in common that the king plays a star role in the battle.