5 Reasons to Play the Dutch Defense 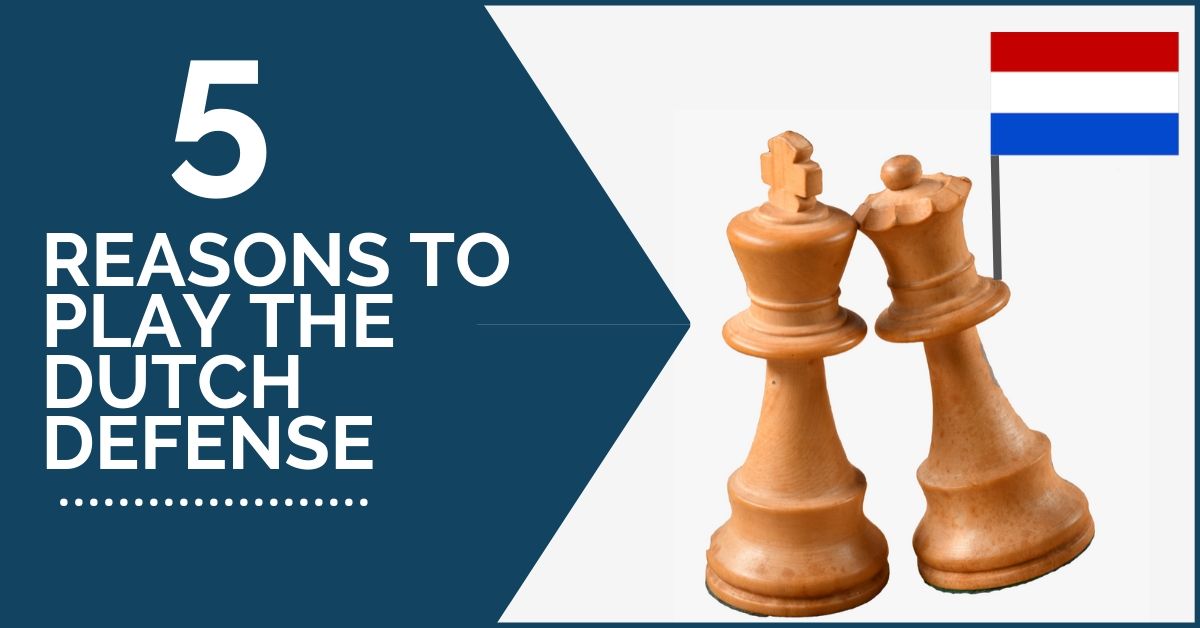 Dutch Defense: Creating a good, sound repertoire that really suits one’s style of play is an important and difficult step for many chess players. If with the white pieces, it is relatively easier to give the direction of the game and try to take it to positions you are comfortable with, things are a bit more difficult when deciding on a repertoire for black. White is the one who sets the pace, but you can still take the game to roads you are comfortable with. One of the openings that have gained popularity for black against 1.d4, both among amateurs and Grandmasters, is the Dutch Defense.

It can be quite a difficult opening to meet and here are a few reasons why it might also work for you:

If you are the kind of player who doesn’t like to keep things quiet with the black pieces, then this might be the opening for you. Black has some dangerous ideas at his disposal. Things also can go quite smooth if white is not prepared for them.

Usually, black is in no danger to become under attack and is actually the one who can unleash one on the kingside. Typical ideas include starting a pawn storm on the kingside with …g5, gaining more space on this side, and eventually breaking white’s defenses. There are plenty of games that black has won in this manner and a quick search in the database will reveal many beautiful attacks that ended in black’s favor.

In spite of the fact that black is usually somewhat restrained in the opening choice, this defense allows you to choose from a variety of plans.

This is a big plus if, from time to time, you are looking to surprise your opponent. But, you don’t really want to learn a new opening. There are different pawn structures you could go for, with probably the most popular being The Leningrad Variation or the Stonewall.

One important thing about this opening is that you don’t have to worry about weird move orders and transpositions. The lines are quite clear and forcing, we could say.

You can use it against 1.d4, 1.Nf3, and 1.c4. There are a few slight differences that you have to be aware of in white’s possible set-ups. But, the bottom line is that the changes are minor. You don’t have to learn a whole new system for white’s first move.

The theory is relatively new, as until not long ago the Dutch Defense was considered to be a poor choice for black. This is no longer the case now when many strong Grandmasters such as Gata Kamsky and even the World Champion Magnus Carlsen have started to employ it with great success.

Why is the fact that the positions are new a good thing?

Basically, because there’s plenty of space to improvise, come up with new ideas, and surprise your opponent over the board!

5. Dutch Defense: This will improve your overall chess

Like many other classical openings, studying the Dutch Defense can help you improve your overall chess understanding. The attacking patterns, the classical plans, and the different pawn structures can arise. All these are important tools that you can use in many other similar positions.

It is very important that, when studying an opening, you don’t focus only on the theory and learning moves. But, also on understanding the basic ideas behind it – set-ups that you should be searching for as well as moves or set-ups you should avoid.

It is more than just learning a new opening. You should try to understand it. And, use it as a tool to improve your level as a chess player.

Want to learn more about this topic? Make sure to read more on this article.

We also recommend reviewing these articles regarding the topic: This Opening with GM Petrov [TCW Academy] and The Complete Guide.