Fighting the Slav Defense with the Rausis Gambit 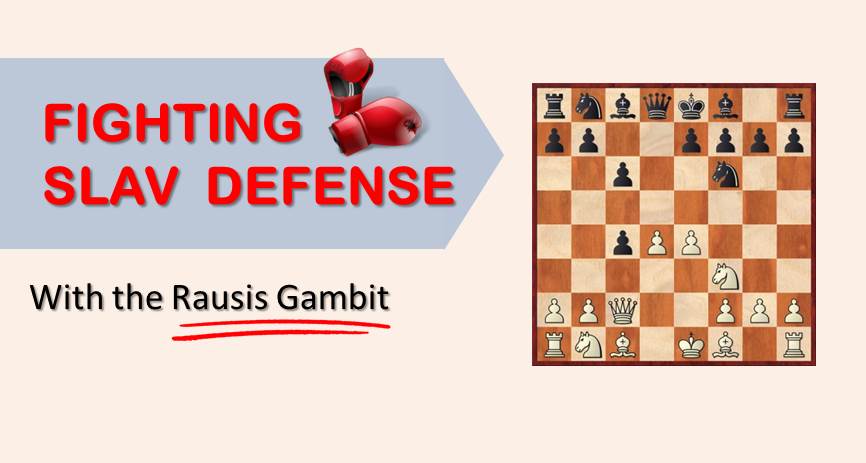 The Slav defense is possibly among the top three choices for black against 1.d4. After the moves 1.d4 d5 2.c4 c6 3.Nc3 Nf6 4.Nf3, white not only must know the main line of the Slav with 4…dxc4 but also, but he should also be prepared against the move 4…e6, the Semi-Slav variation. The amount of theory written in these two possible choices for black is quite big and can be overwhelming for the player not interested in memorizing the principal lines.

In this article, we will discuss a different option for white, far away from the main and well known roads, the so-called Rausis Gambit. It starts after the moves: 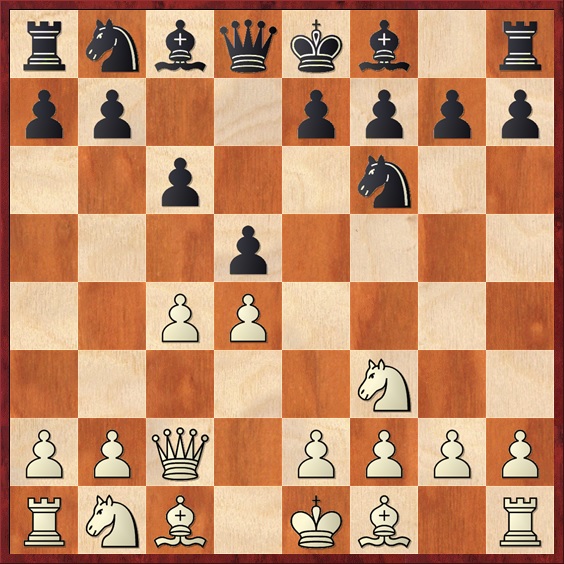 Black has a few choices now, but only 4…dxc4 can be considered critical and it will be the subject of this article. But first we’ll give you some thoughts on what to do against the rest of moves black can play. The other options are:

a) 4…e6 This is hardly problematic and gives white freedom of choice. White can continue with 5.Bg5 followed by 6.e3 etc, as in the Queen’s Gambit, or even 5.g3 is an interesting choice, taking the game into Catalan territory.

b) 4…g6 Is popular and makes sense. Black prepares to fianchetto his bishop and enables the move Bf5 at some point, developing with tempo. White should play 5.Bf4 followed by 6.e3. The biggest expert on this line was probably the late Aleksander Wojtkiewicz and you can refer to his games on this particular line.

Finally, it is worth mention that 4…Bg4 is easily met with 5.Ne5 and 4…a6 (Chebanenko) does not make much sense here since white can reply again with the typical 6.Bf4. 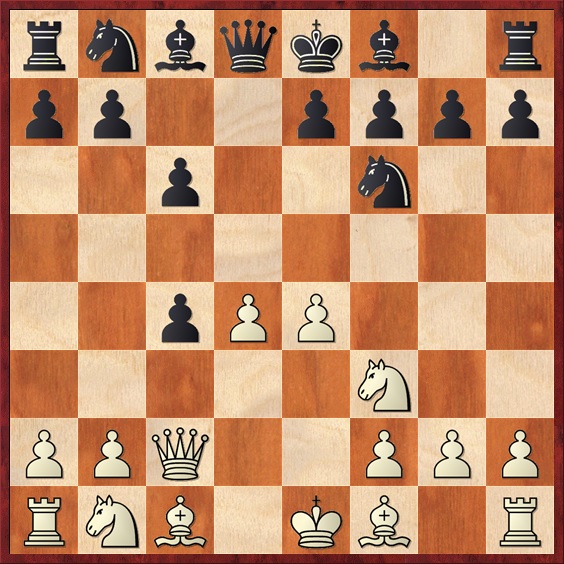 This is a fairly interesting move than the more solid and principal move 5.Qxc4. Here white takes control over the center and hopes to use his somewhat easier development in order to obtain enough compensation for the material. Truth be told, this is not always achieved, so white must play with accuracy to not let his slight initiative slip away.

After 5.e4 black normally proceeds with 5…b5, otherwise white will simply capture on c4 with the bishop and reply with 6.b3!? This is where the real gambits begins, now 6…cxb3 7.axb3 and let’s have a look at the position: 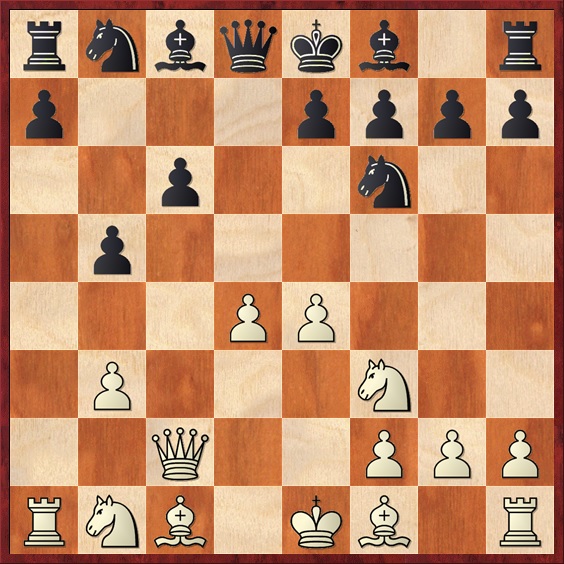 For just a pawn white has:

There aren’t many games on this line, but we still can find several Grand Masters playing it from time to time against various strong players.

Our first game is by Grand Master Igor Rausis himself, against the Hungarian IM Peter Varga. In this game we can see the basic ideas for white and the way to develop the pieces.

In the next game between Gharamian, T and Nezar,M we see another typical example of what white aims for when he is playing this variation. Note the importance of the capture on d5 when black plays Nd5.

The third and last game is between the strong Cuban players Lázaro Bruzon and Aryam Abreu. Here black decided to develop his kingside via g6 and Bg7. This may be as well a difficult line for white and therefore deserves attention.

Certainly this line cannot be your only weapon against the Slav, after all white is giving up a pawn and black’s position remains solid. However, it can be a weapon to consider using from time to time in order to go into less explored positions.

there is something wrong with the diagram in the game Gharamian, Tigran vs Nezar, Mustapha