5 Chess Openings You Should Never Play 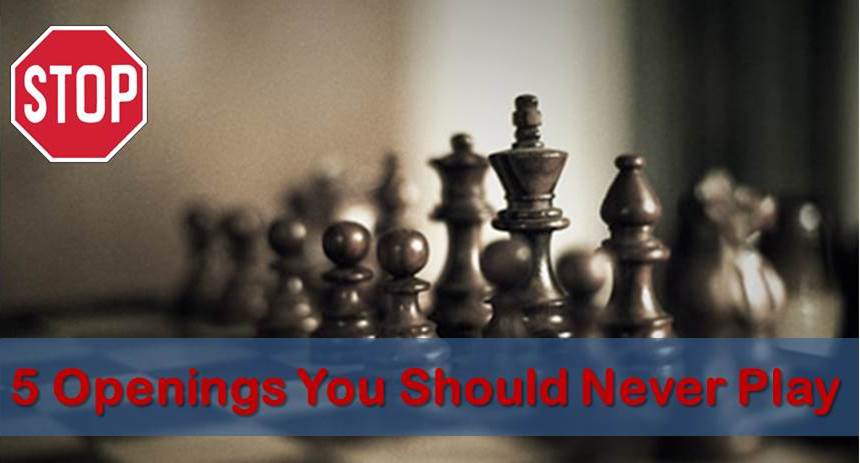 Chess Openings: Everyone wants to know what is the best opening out there that will increase the chances of winning the game. In today’s article, we will take a look at things from a little bit different angle. We will discuss the 5 absolutely worst openings that no player should ever play. If you play any of those openings below you should seriously consider switching to something else.

There are 20 possible first moves in chess and 1.f3 is probably one of the worst choices. Not only this move does not take control of the center, block an important f3 square for the knight, and doesn’t allow the development of any pieces but also it seriously weakens the safety of the king.

In the best scenario white ends up in the slightly inferior, passive position with no control of the center and should forget about getting any sort of advantage anytime soon. 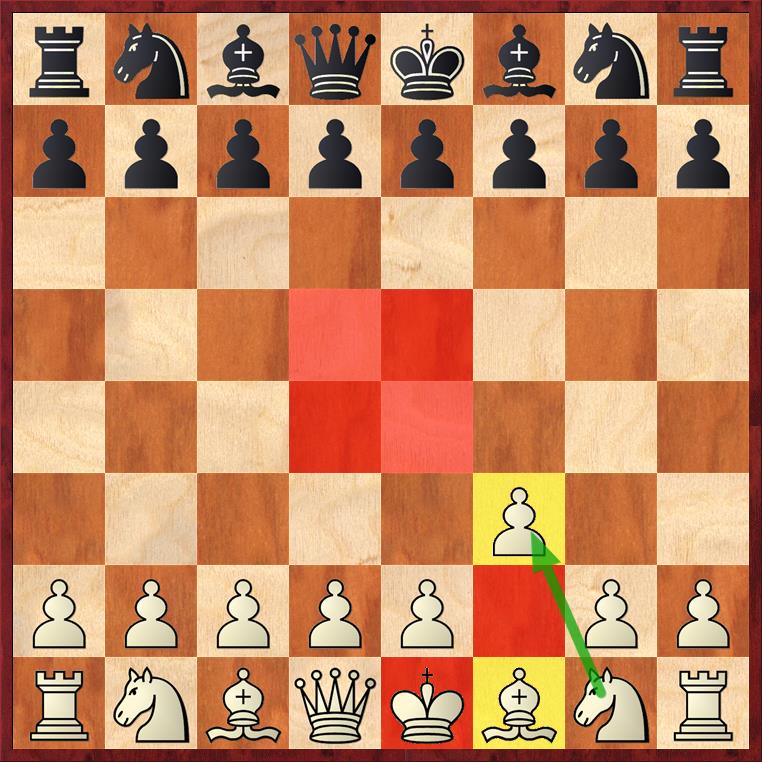 Conclusion: Not recommended for players of any level.

This is a classically bad chess opening and anyone who plays it, is most likely a complete beginner. The idea behind this opening is to bring out the a-rook out as soon as possible. Why it is necessary to achieve that by move 2 is beyond my understanding, taking into account that a simple move like 1…e5 would instantly take control of the a3 square. It is possible to transpose into some sort of reversed Scandinavian or a variation of the Four Knights game, but you will be a few tempi behind. 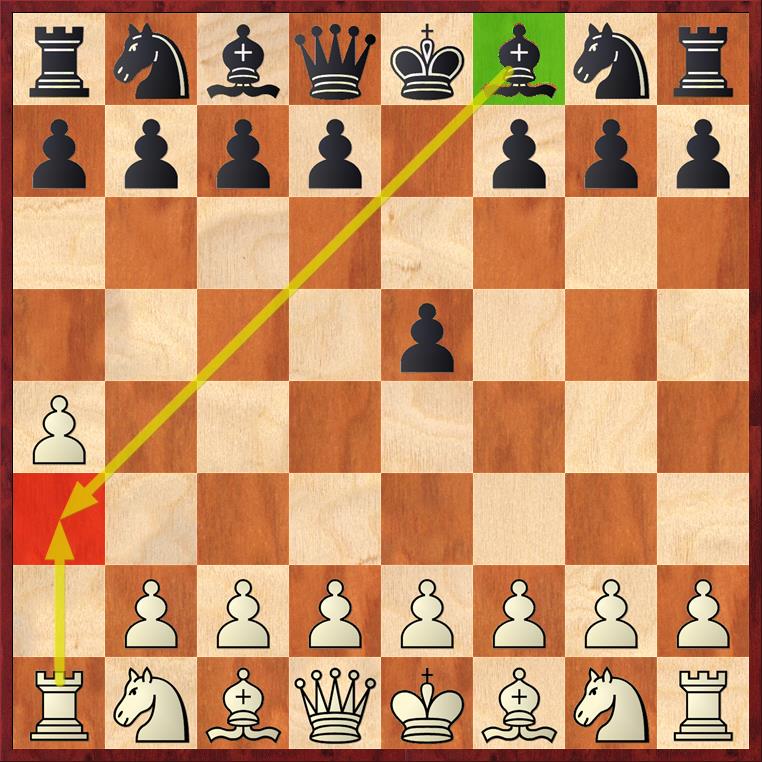 You would be probably surprised to know that Magnus Carlsen successfully employed this opening in the 2012 World Blitz Chess Championship against Teimour Rajabov winning the game. Carlsen’s effort did not change our overall conclusion about the Ware Opening. It’s still one of the worst chess openings.

In order to improve your play not only do you need to study the openings but also you need to concentrate on positional understanding and endgame play. If you want to learn how to play common endgames well, I suggest you check out our premium training course where we spend a lot of time drilling the most often occurring chess endings so that you will not have to guess the winning approach, but simply would know how to win these positions.

Savielly Tartakower named this opening as an abbreviation for “absolutely mad and ridiculous” and it is hard to disagree with that statement. White deliberately develops the knight to the edge of the board’s square h3 preparing for a short castle. The big thing that white is missing is that after black plays 1…d5 and 2…Bxh3 white king’s side will be totally ruined, making it pointless to castle. 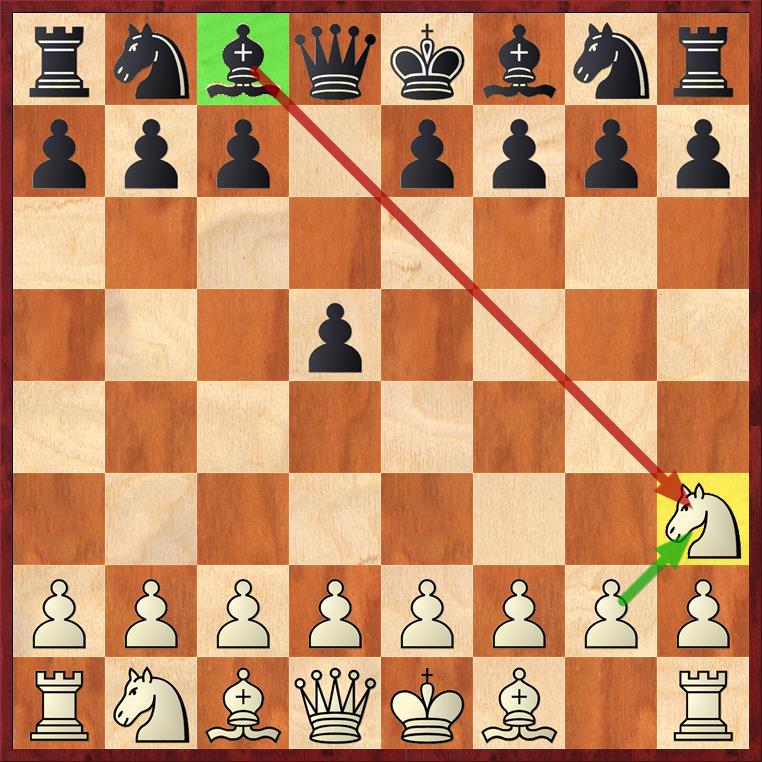 White can indeed play 2…g3, protecting the knight with f1-bishop but that would only lead to a position with many weaknesses and an oddly positioned knight. Why would anyone want that in his game?

This opening is classified as an irregular opening and proudly competes for one of the worst first opening moves that white can make. There are some advocates for this opening, who state that an average player will most likely not know how to refute this opening. There are some simple traps associated with black responding 1…d5 which can be easily bypassed by using common sense. And if that happens, white will end up with an inferior position, behind in development. Is it worth the risk? Nope. 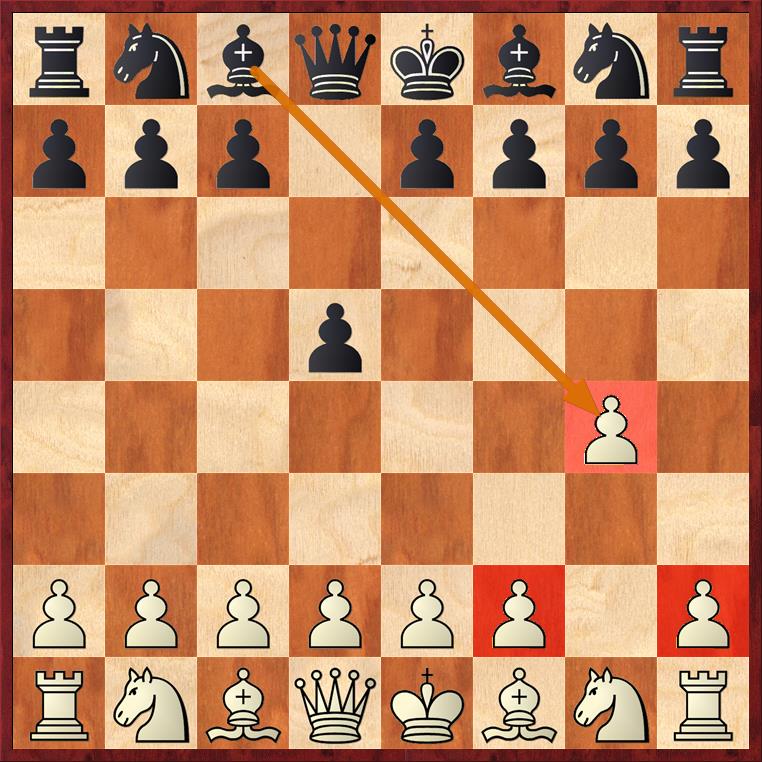 It would be unfair to say that this opening is any better than the Grob’s Attack; the two should split for the 4-5 places. In fact, Clemenz Opening may even transpose into Grob’s Attack with a correct play from both sides. 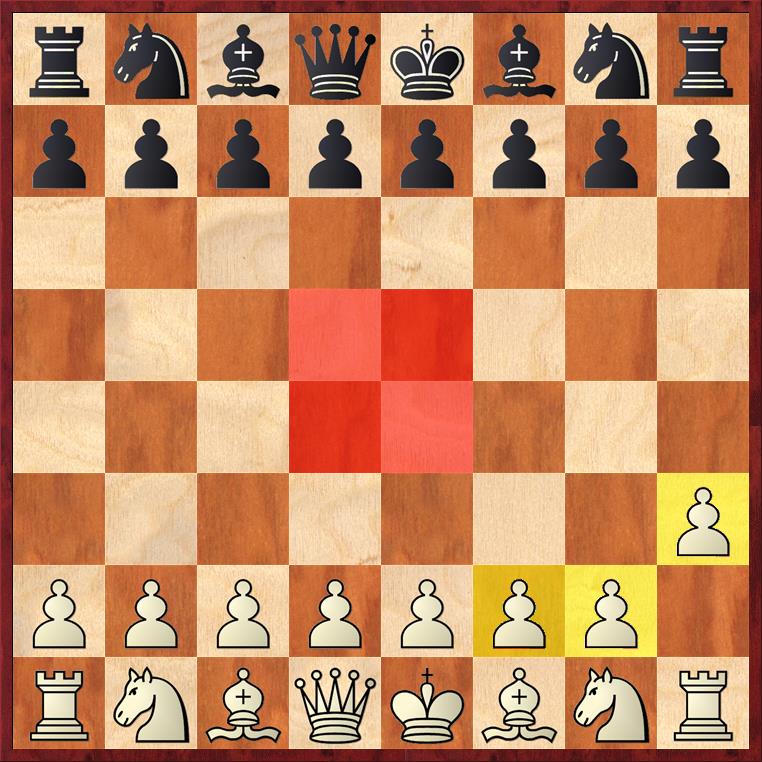 1.h3 is a time-wasting move that does not accomplish anything constructive for pieces’ development, control of the center, castling, etc. It only wastes a tempo and creates a weakness on the king’s side. White is by no means in trouble here, but if they keep playing passive moves like that they soon will be.

Not Recommended for players of any level.

Want to play good openings? GM Sanikidze is here to get you started with Queen’s Gambit & Complete 1.d4 Repertoire:

What about the Sodium Attack?

Bull, grow opening has many variations and traps, you have the grab gambit, which if its accepted, a rook is won by white.