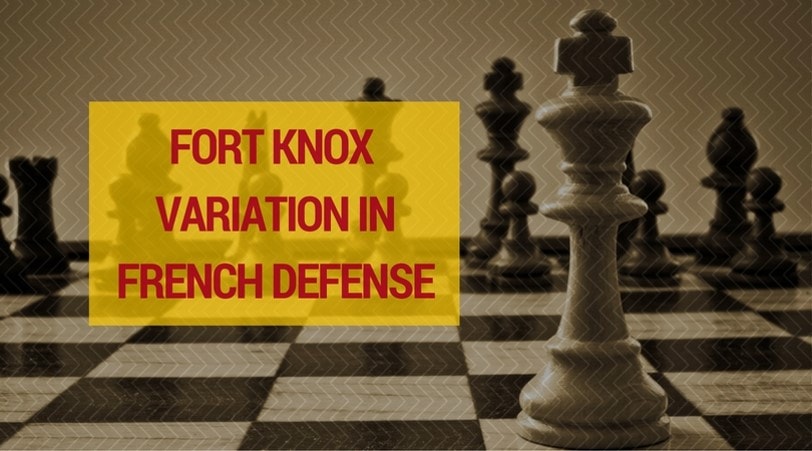 Fort Knox Variation in The French Defense: The French defense is a very popular choice nowadays among chess players of all levels. It’s quite flexible and it offers black unbalanced positions almost in any line. In this article, we will have an inside look at the so-called Fort Knox variation of the French and we will see how to play against it.

What is the Fort Knox Variation – Part 1 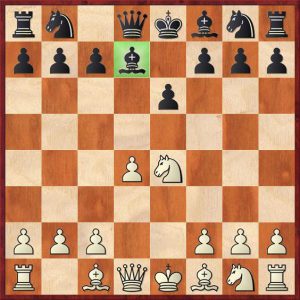 First played by Capablanca in 1902, the Fort Knox has the reputation of being a very solid variation for black. The idea is simple – to play 5…Bc6 followed by 6…Nbd7, 7…Ngf6, 8…Be7, and 0-0. Black will eventually have to give up his bishop for one of the white’s knights and the position will turn into a sort of Caro Kan type in which black’s position is rock solid, although it is also a bit passive. See an example below: 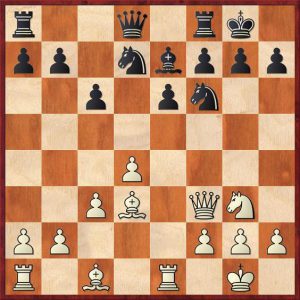 Despite the “passive” reputation of the Fort Knox variation, it has been employed by many strong Grandmasters that have seen potential in black’s setup. Gelfand, Nakamura, Karpov, Epishin, and nowadays Jobava have great results with it. Therefore, black’s position should not be underestimated, never.

What is the Fort Knox Variation – Part 2

After 4…Bd7 white should simply continue his development naturally with: 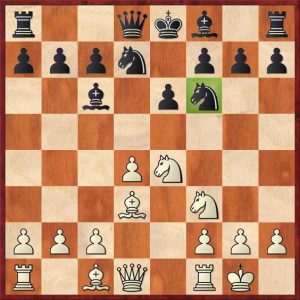 And we arrive at the first critical point in the opening. Black is happy with a massive exchange of pieces on e4; that’s the first thing to know. The trade of pieces would benefit black who has less space, therefore we should avoid it and white has three reasonable options: 8.Ned2, which aims to recycle the knight via c4, the second option, 8.Neg5 puts some pressure on f7/e6.

This would force black to make some concessions in his development. Third, the move we have chosen for this article is 8.Ng3, which is the most popular and the preference at the highest level. 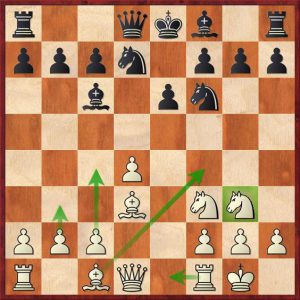 After 8.Ng3 white wants to continue with 9.Re1, c4, Bf4 with more space. It is also possible to develop the c1 bishop via b2 with b3-Bb2 and c4. Avoiding unnecessary trades is one of the important things to remember. Once the white has finished his development and his pieces have been improved to optimum squares, one plan is to begin the advance of the H pawn in order to create weaknesses in black’s castle.

In the following illustrative games, we explain white’s strategy in detail. The games are worth examining not only from a theoretical point of view but also to learn how to play the structures with d4-c4 vs c6-e6 that so often arise in our games.

Russian GM Oleg Korneev is a very strong theoretician. His games on 1.e4 are all worth studying and his ideas, although sometimes not a top trend, are quite reliable, as his results show. In this game, we see what white’s typical plans are and how to create trouble for black with the H pawn advance. Note that in this game white opts for the setup with Bf4 and pawns on d4 / c4 See the details here:

Another excellent example by GM Korneev. Here we see the more usual development of black, which is Rfe8-Nf8-Rad8, “waiting solid”. The positions are quite tricky in practice and if a white doesn’t know what he is doing it is easy to lose. This game shows how white indirectly defends the d4 pawn and when the right time is to advance c4-c5.

The fianchetto on b2

We believe that the most dangerous setup against Fort Knox is the one explained in the two games above. However, it is also possible to employ a standard development, with b3-Bb2, which supports the center more. This was seen in Karjakin against Gelfand in a rapid game that we analyze here:

In conclusion, the setup with Bf4 seems to be a very efficient way of playing for white, although the positions are roughly even and black should be ok with some accurate play. The b3 and Bb2 system is easy to learn as white’s moves are very natural. Thank you for reading and as usual, feel free to share your thoughts with us!

Is it really that bad to opt for b6 and let white plant his knight on e5? Doesn’t it offer better winning chances for black, since white can overpush and there’s more pieces left on the board?

My only issue with playing Bxf3 is that black has close to no winning chances.