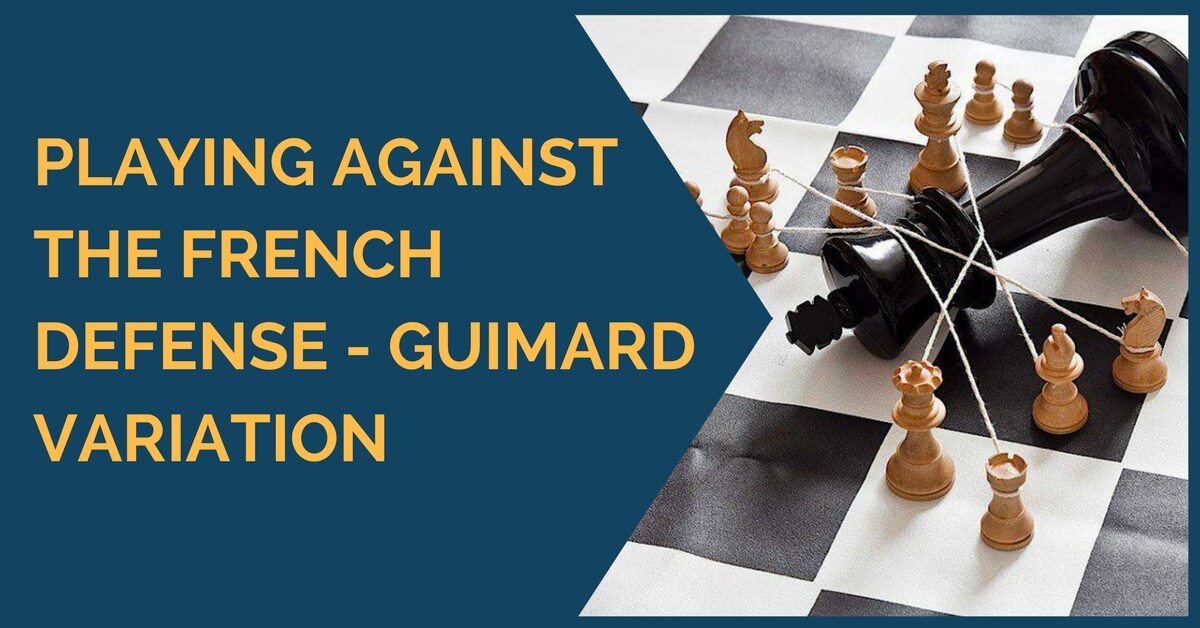 Guimard variation of the French Defense starts with the move 3…Nc6 against white’s solid 3.Nd2 known as the Tarrasch variation.

Black’s idea is quite simple, but also logical.

First, he develops a piece with tempo, attacking the center. When white defends the d4 pawn, say with 4.Ngf3, then he plays another developing move and renews the attack on the center with 4…Nf6. 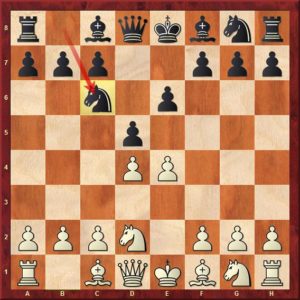 This forces white to play 5.e5 which is met with 5…Nd7 and we have arrived at the beginning of our variation. Here white can choose between several plans. 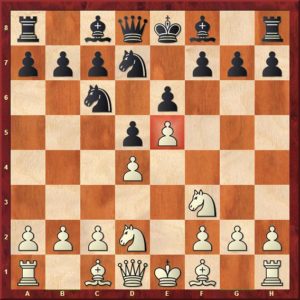 In order to decide how to continue with white, it is essential that we understand what black wants in this variation.

If we think superficially like this it is easy to develop in a naive way and soon the initiative will be in our opponent’s hands. The main idea of the Guimard variation is to play in the center and on the kingside, therefore black is planning the f7-f6 break with the extra pressure of the two knights and without weakening the queenside. After white naturally takes on f6 (exf6) black will recapture with the queen, followed by Bd6, 0-0, and if allowed e6-e5. If black achieves this, they will not only equalize. But also, will have very good chances of seizing the initiative and creating a kingside attack.  For these reasons this variation is so popular at lower levels; it demands a good deal of knowledge from white and it is easy to play with black.

If this is achieved black will not only have equalized but also has very good chances of seizing the initiative and creating a kingside attack.  For these reasons this variation is so popular at lower levels; it demands a good deal of knowledge from white and it is easy to play with black.

White should know black’s plan in advance and react accordingly. In this article, we are going to present three different ways to play against the Guimard variation. One way will be very positional, where white’s play is mainly focused on keeping his pawn chain intact and playing slowly, counting on his space advantage. This does not require a lot of memorization. Our second variation leads to a semi-open game where white creates central tension in order to prevent the plan with e6-e5.

We want to show you a third possibility which will be the most attractive to those players who like to attack and are not afraid of entering wild complications.

We will explain each choice separately: 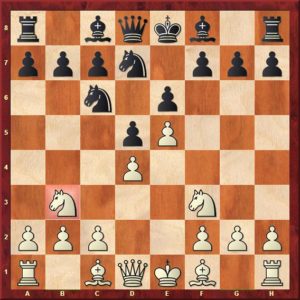 The choice of Topalov. This move adds support to d4 and white is ready to hang on to his pawn chain. He rarely concedes the center with exf6 in this line.

Guimard Variation – The second option: The solid 6.Be2 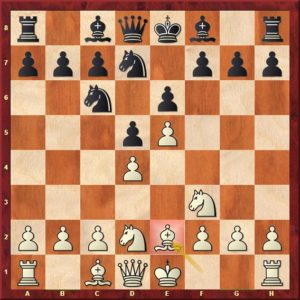 Grandmasters love to play this very often. White’s idea is to play Nf1-Ne3 right before castling. The knight on e3 is excellently placed, as it puts pressure on d5 and makes it difficult for black to achieve e6-e5. It also has a possible route to e5 via g4. We consider this way of playing a good practical way because it does not require too much memorization of lines. 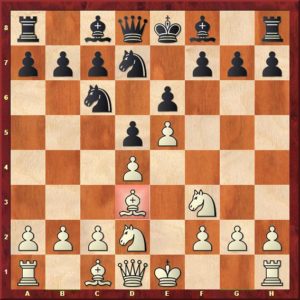 This is probably the critical test of the variation and it was my choice against Grandmaster Igor Naumkin. White’s philosophy is to develop naturally. However, after 6…f6 he must enter a chaotic position with the move 7.Ng5! otherwise black takes over the initiative. The game is quite complex after this but it definitely seems like the pressure is on black. Have a look at the game below:

The game is quite complex after this but it definitely seems like the pressure is on black. Have a look at the game below:

The game is quite complex after this but it definitely seems like the pressure is on black. Have a look at the game below:

Conclusion: The Guimard variation is certainly a playable line for black and in case of white is not well prepared he can get away with a better position very quickly.

We have provided you with three choices of different styles and it is up to you to make the final decision on which you want to learn. We hope you have enjoyed this article and feel free to share your thoughts and comments on the games.

Looking for more on French Defense? Look at 10 Good Reasons to Play It and 10 Best Games on It.

Maybe you could analyse Nb3 a bit more LMAO