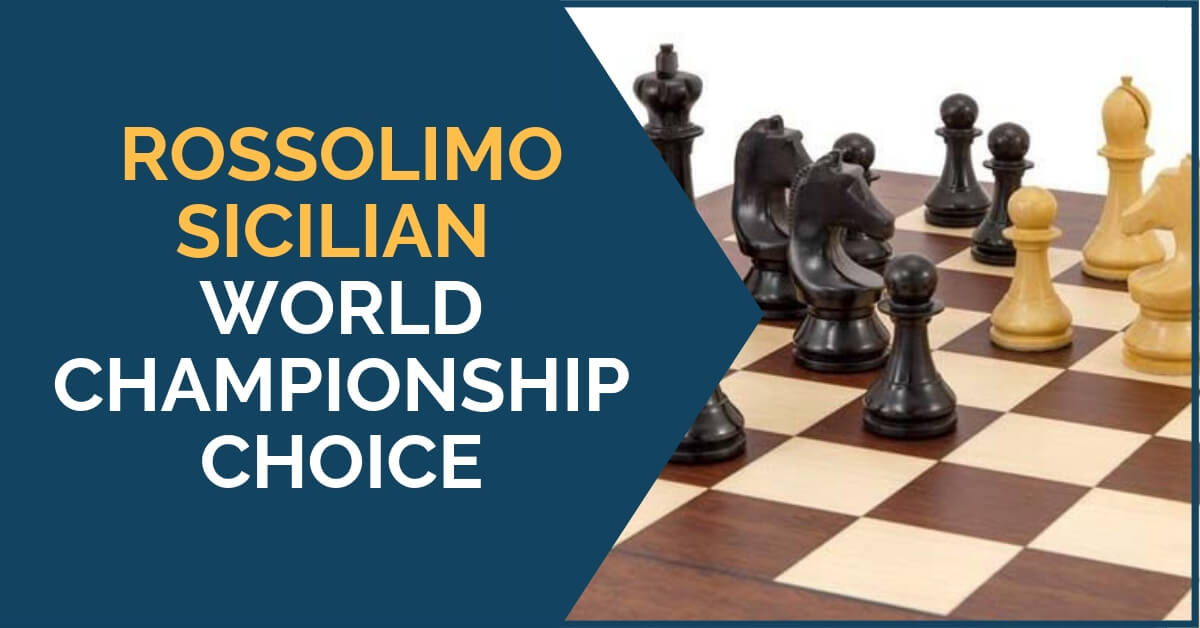 With all this in mind, I would like to take a closer look at the opening of the first game of the match between Magnus Carlsen and Fabiano Caruana.

Honestly speaking, I was very surprised by Carlsen’s choice of Sicilian.

In all of his previous World Championship matches he has chosen the move 1…e5 as his mainstay defense and it served him exceptionally well. And yet, against Caruana, he went for the Sicilian in the very first game!

The next games will show (or not! My bet is the Sveshnikov Sicilian, but that remains to be seen) what Carlsen had in mind against the Open Sicilian since Caruana went for the ever-popular Rossolimo Variation with 3 Bb5. They have in fact played the Rossolimo Sicilian against each other, back in 2015, a game beautifully won by Carlsen in a direct gung-ho attack on the kingside.

So Carlsen again went for the same choice of 3…g6.

You can see the rest of Game 1 from the World Chess Championship Match 2018 here.

This is the most popular move lately, mostly because it leads to easy play for White – he will develop smoothly after d3, h3, Nc3, Be3 and then will decide whether to castle short or long. His play is universal against all Black’s set-ups.

The alternative is to take with the other pawn, 4…bc, and this has been played lately quite a lot. Carlsen opts for the more classical approach of better central control. 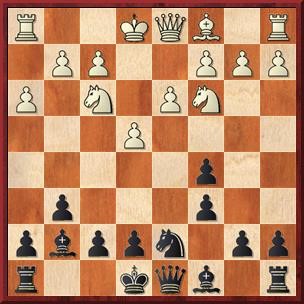 This is the first surprise in the chosen line with 4…dc. Only recently Carlsen played the main move here, 7…0-0, against Anand in the Saint Louis tournament and obtained a satisfactory game. However, it is important to take a look at his present choice because the move he chose has a very solid positional foundation.

Black’s general plan in this position is to establish a knight on d4 after playing the move …e5. So Carlsen does not waste a single move to achieve that aim. Additionally, he is keeping a lot of flexibility in his set-up, mainly concerning the position of his king. By not committing to the kingside he keeps the option to be more aggressive and castle queenside. All this unfolds nicely in the next several moves.

The move 9 Qd2 would have been more flexible, keeping the option to castle queenside, but Caruana must have had his reasons for keeping the queen on d1. 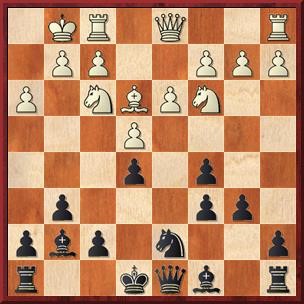 Another important moment. Carlsen follows the plan – he defends the pawn on c5 and liberates the knight for the …Nf8-e6 maneuver. The subtlety lies in not committing the queen to e7, something that will become important later.

Caruana had already played this position before and then he chose the move 10 Qd2, a natural move that finishes development. It also introduces the threat of Bh6, exchanging the bishops, as the bishop on g7 is important for the defense of the kingside and also can have a big influence on the center after White plays f4 and Black takes ef. His opponent in that game, Nakamura, went for super-aggressive play after 10…h6 11 Nh2 g5. Was Carlsen basing his preparation on this game? Instead of 11…g5 it is entirely possible to play 11…Nf8 with a likely transposition to our game.

Caruana decides to keep the queen on d1 for the time being. The point is that after Qd2 usually Black replies with …h6 and this is generally a useful move for Black to make, preventing the exchange of bishops and covering the g5-square.

With whichever piece White takes on f4 that piece will have to retreat in order to open the f-file, so Caruana sort of wins a tempo because the rook will retreat to f2, allowing for a future doubling of the rooks. 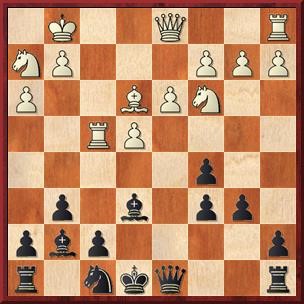 We see Caruana’s idea after 12…Ne6 13 Rf2, but Carlsen shows more ambition than just landing a knight on d4. He is now changing his plan and aims to castle queenside and use the fact that the knight from f8 and also go to g6 after …g5, thus creating an attack on the kingside. Carlsen uses the inherent flexibility of Black’s position in an impressive way!

Continuing the plan to push …g5 and continue with …Ng6.

The final precise move before we can say that Black has the better position. The automatic 15…Ng6 would be met by 16 Ng4 and White has created the threat of Nf6+. Now after that same move Black can simply castle long. 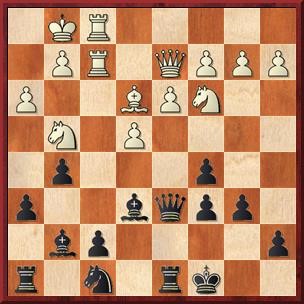 Black’s king is safe on the queenside and he keeps having options – in view of the threat of the knight jumping to f6 Black’s knight on f8 can also go back to d7 in order to exchange it.

If White exchanged the knights then Black would have had free hands to play …Be5, …Rdg8 and start pushing the kingside pawns while White would completely be devoid of counterplay. With the game move, White tries to stop Black’s kingside expansion.

The only way to obtain some sort of stability on the kingside, but unfortunately for Caruana, it is only a temporary one.

This is the point. Black can take the knight on h5 at any point (moving it allows …h5) and then he can open the g-file by pushing …g4. Black is definitely better here and he went on to obtain a winning position by further forcing the play.

We are now deep into the middlegame and can draw conclusions about the opening. The line with 7…Nd7 seems to have a very bright future. Black’s plan is easy and straightforward while it is not clear how White can prevent it or what he can do about it. For players needing a good repertoire against the Rossolimo Sicilian with Black the World Champion’s choice seems like an excellent option.

Naturally, White other options like 4 0-0 need to be analyzed, but having a solid line against White’s most popular choice is already a big step towards creating a high-quality repertoire.

I want these material