7 Reasons to Play the Reti Opening 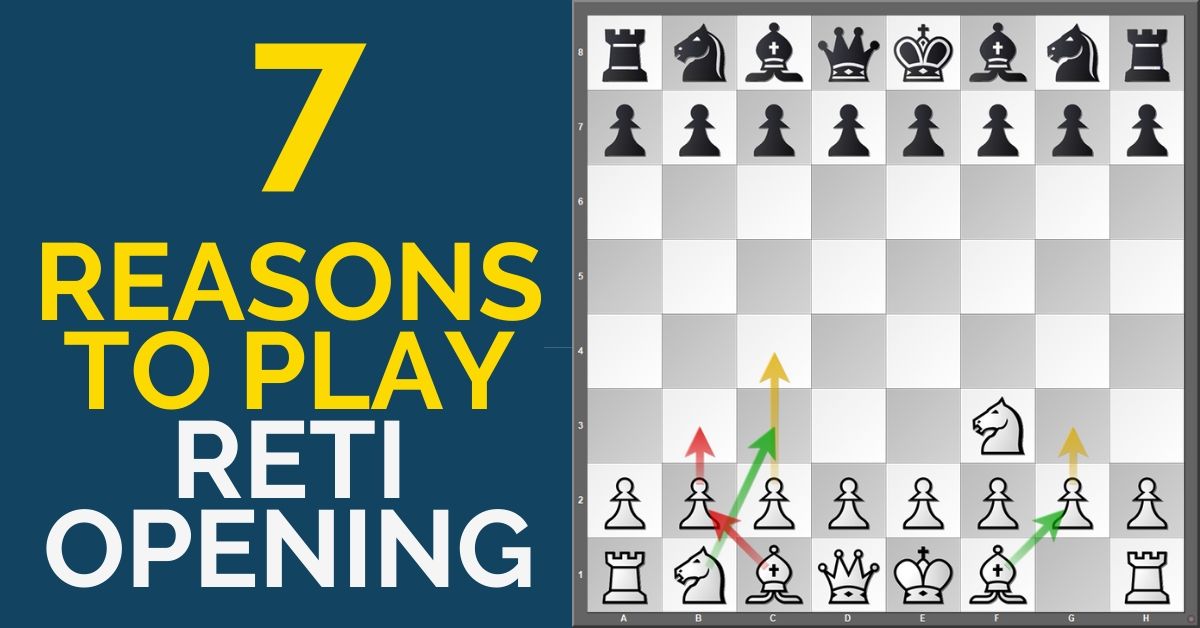 Reti Opening has been, for a long time, a second or third opening choice for white, being considered a dull and harmless alternative to the more popular 1.d4 or 1.e4. However, things could not be farther from the truth. In fact, its founder, Richard Reti, considered these moves to be inferior, since black could immediately start and attack in the center and equalize.

By playing on the flank, with 1.Nf3 followed by 2.g3, white does not make any concessions in the center, creates no weaknesses, and can attack it only after he has castled and black has defined his own set-up.

Far from being boring, the Reti is a very interesting opening choice for the white player for a number of reasons:

1. Reti Opening: It is flexible, as white does not hurry to define the center

Move 1.Nf3 offers white maximum flexibility to decide the way he wants to develop after seeing black’s first move. This way, black has to decide on a set-up before knowing what white really has in mind or what the central structure will turn into. In other words, you can get your opponent out of his usual, known setups.

By avoiding defining the center, you can eventually transpose to a great number of openings. It could transpose into a Queen’s Gambit Declined, a Catalan, Slav, but also into positions from the King’s Indian Attack, since white can keep his options open to go for the e2-e4 break.

By employing a different move order, you can confuse your opponent. Even though you might have a clear set-up you want to achieve in mind, not laying the cards out immediately makes it difficult for your opponent to guess where you want to get and choose lines that you might be uncomfortable facing.

You don’t need to learn much theory to play it. This is an opening for the players who want to play chess rather than learn long opening variations. Knowing the typical plans and thematic ideas are enough to use this opening anytime.

It can serve you when you want to avoid theory or just want a quiet game in which you think your opponent will be the first to make a mistake.

To play this opening well you will have to go through classical games, study different structures, and understand the different ideas in each of them. Its study will not only enrich your opening repertoire but also your general chess knowledge.

The Reti is a solid opening choice that usually yields a long, strategic battle. The player who better understands the typical structures and plans will most likely prevail in it. That is because there are very few sharp positions arising in this opening.

6. Uncomfortable for Your Opponent

You can put your opponent in an uncomfortable situation. The idea behind the Reti system is to cause your opponent’s pieces to be misplaced by not playing immediately for the center.

Instead, white develops quickly and puts his king into safety. He also reserves the option of a central advance only after black has defined his structure. As it will be very difficult or even impossible for black to easily change his set-up, white wants to achieve good versions of the previously-mentioned transposition.

7. Reti Opening: Taking Your Opponent Out of the Book

By using a different move order, you can get your opponent out of the book. There are players who have a wide and varied repertoire. But, there are also players who go exclusively for one opening.

With the Reti, by not defining your intentions from the very beginning, you could force your opponent to transpose into openings he doesn’t usually play.

These are only a few advantages of playing the Reti. But, we are sure there are many more to discover if you decide to give this opening a deeper look. We hope that this short presentation has enticed you to take the study of the Reti Opening one step further. And, that you will be able to successfully use it as a weapon in your future games!

Looking for more on this opening? Here are Play It with GM Marian Petrov [TCW Academy] and Main Ideas.

Ready to include the Reti into your repertoire?

IM Milovan Ratkovic has just released his brand new Reti Opening Mastermind, a 10-hour course completely explaining all of the lines and plans you’ll need to make it your main weapon.

If you are tired of the drudgery of learning e4/d4 theory and want to just smash opponents with superior UNDERSTANDING… this is the opening for you. 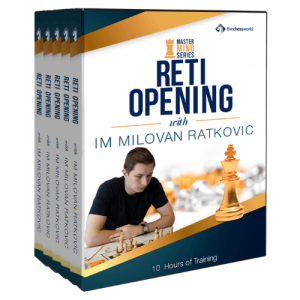