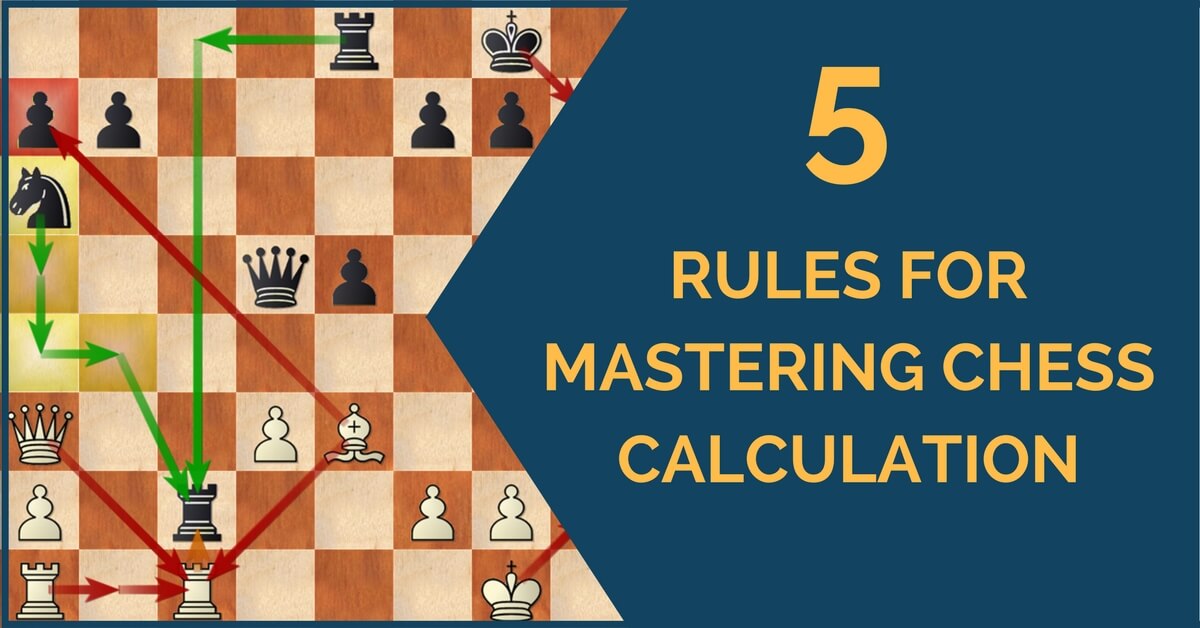 In this article, I would like to share my thoughts on the topic that is, for sure, extremely important for every chess player. That is how to calculate variations. Unfortunately, this highly interesting and crucial topic had never been covered in a great detail. The only decent source I know is the book of a Soviet Grandmaster Alexander Kotov “How to became a grandmaster”. However, it is quite evident that since it was written half a century ago, some ideas are not relevant anymore, the main reasons are that 1. time controls have been decreased 2. computers have changed chess world drastically.

First I would like to give some ideas offered by Kotov in this book, and then discuss them and add some ideas of my own.

However, I need to point out that Kotov’s method has a few significant shortcomings. Firstly, at the time when he wrote his book, the time control in Soviet tournaments was 2.5 hours for 40 moves plus 1 hour for every 12 moves, and the games were often postponed, so players had a lot of time to calculate. Unfortunately, or fortunately, nowadays things have changed a lot, and in most classical tournaments players have just 90 minutes either for the whole game or for the first 40 moves, with 30-second increment. With such time-control, you simply cannot afford a 40-minute-long calculation multiple times a game.

Let’s consider why his approach is not perfectly justified, judging by an example.

For example, you are calculating a typical Greek sacrifice, that starts with moves Bxh7+ Kxh7 Ng5+. Your opponent has two options, Kg6 and Kg8.

According to Kotov, first you need to calculate one option, then switch to another. You start working out the details of the former continuation, spend 30 minutes, and find how to win. Then you start calculating another one, and after 1 minute you realize that it refutes your sacrifice. You were unfortunate to start with the “wrong” candidate move, and as result, you spent 30 minutes and it is still unclear, which move you need to make.

Therefore, in order to achieve decent practical results, it is worth following these 2 ideas:

When you calculate or look for candidate moves, you need to set yourself a goal for your calculation. This goal must be realistic according to the logic of the position. For example, if you are much ahead in development, or have more pieces near opponent’s king, the goal should be “checkmating”. On the other hand, if you are worse, the goal could be finding a way to equalize.

If the position is equal and the game is slow and positional, the calculation could help you in achieving strategic goals, namely, it helps to find a proper way or a move order.

If you have a bad position, it could often be extremely useful to sacrifice material and complicate the position at any cost. If your opponent has a risk-free positional pressure and you sacrifice an exchange, or a pawn even though it could be dubious objectively, it could get him out of his comfort zone and give you additional chances.

When you have understood what you should be looking for, start from the variation that seems to be the most logical one. If it doesn’t work, switch to a more weird-looking move, but don’t start from calculating them.

If you have found an obvious way how to achieve the goal you’ve set. Let’s assume you think you are worse and you see a clear way of equalizing. Don’t stop there, try to look for more. The main rule of strong players is: if you see a good move, try to find a better one!

However, you should also consider how much time you have.

If you are down on time, and you don’t find a way to achieve the goal you’ve set, you have to lower your objective. For example, if you wanted to win on the spot with a tactical shot, but don’t see the way,  you can go for a clear advantage.

The most important thing: calculation is vital, and you need to work out the lines in every game, but don’t do it when it’s unnecessary!

A lot of amateurs, when they have a choice between simple continuation, that leads to an endgame with an extra piece, or some unclear position chose the latter option.

Why? They want to win faster.

However, the objective of the game of chess is to win, not to do it fast. If you can simplify and win without allowing counterplay, just do it.

Hopefully, my advice will help you to improve calculation skills as well as boost your practical results. The skill of calculating is crucial for everyone in every single game.

I do not recommend this one. How can you calculate the calculations you mentioned if after the opening/s there are a lot of variations to be applied.

You are very welcome!