5 Tips for Improving Your Defense 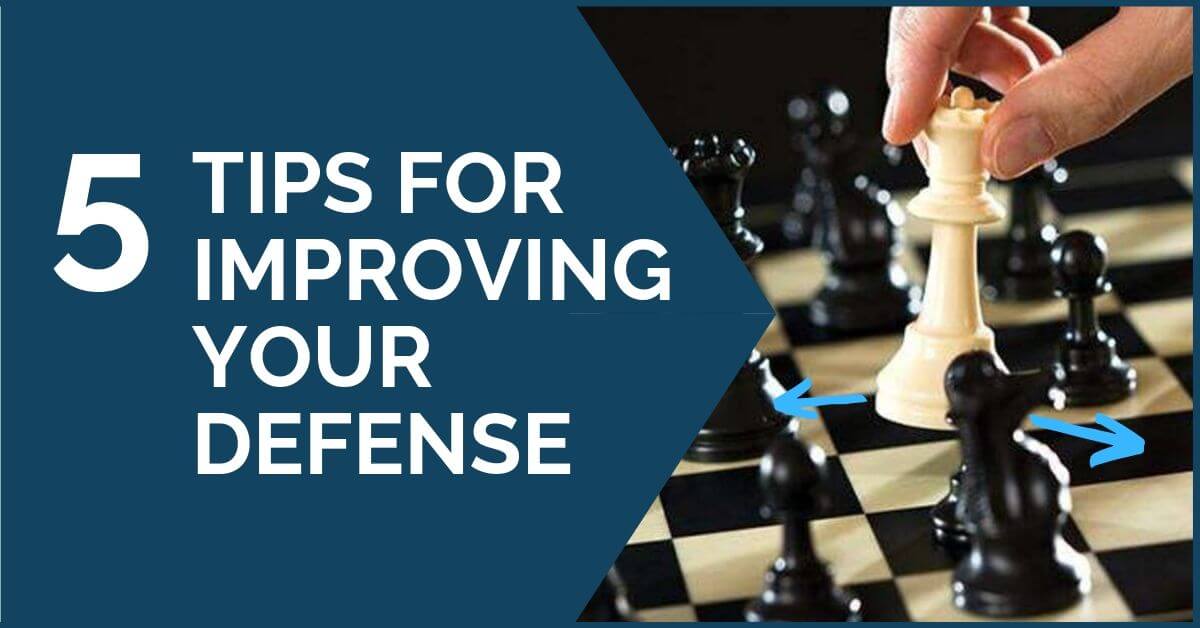 Being on the defensive side during a game is probably the most difficult tasks a chess player has to complete successfully. Everybody likes chess for a reason – some like to attack, others prefer strategy instead, but I’m sure that most of you will agree that defending is not one of them.

However, it is a skill that needs to be developed; being able to find strong defensive moves is just as important as mastering the strategic or tactical motifs.

Luckily for us, defense is something that can be trained, exactly the way we do with every other aspect of the game. Seeing many games and solving properly selected exercises can help develop a good sense of danger and the ability of finding the most resilient and at the same time uncomfortable defensive ideas.

If you feel like this is something you need to improve in your play, then including such exercises in your training schedule may help you develop your defensive skills. Besides this, there are a few practical ideas you can use in your games in order to make life more difficult for your opponent:

When under attack or in a slightly passive position, many chess players panic and start seeing ghosts, even if the position is still perfectly playable. Stay calm and keep your objectivity.

Assess the position with cold blood and decide whether your worries were founded in the first place and you need to turn on the defensive mode or you can go on with your plans. Many times, the position on the board can be difficult to play, but objectively equal. However, panicking and making unnecessary defensive moves can, in these cases, make it worse and eventually lead to a bad result.

2.Don’t go crazy on the board

This is basically the chess-translation of the advice above. If you are in a worse position or under pressure, try to at least not give your opponent extra targets of attack. In some positions the best strategy is to make quiet moves that don’t change the position too much and, most importantly, don’t create new weaknesses!

As an example, think of the Hedgehog positions where black has less space and white is visually better. However, he cannot simply start advancing his pawns because black is prepared to punish this. Black shouldn’t weaken his position either, and what both players end up doing most of the times is play “preparing” moves and wait for the other one to make a mistake.

The waiting strategy is important to keep in mind, but it may not always work. We’ve always underlined the importance of the initiative in our articles and we can’t forget about it even when defending!

Attack is the best defense, they say, and in certain positions it can complicate matters to a point that the position could turn into your favor. If you see a powerful attack coming at you, try to find a way to strike back!

By this we mean that you should try to find moves that put practical problems to your opponent.

Sometimes the best defensive move according to the engine is not necessarily the most practical too in a game. Set traps, look for activity and try to get your opponent on the defensive side instead.

Even if it may look scary for you, calculate until the end and make sure that your opponent hasn’t bluffed or missed anything. Anything can happen and everybody can make mistakes. It’s up to you to spot them!