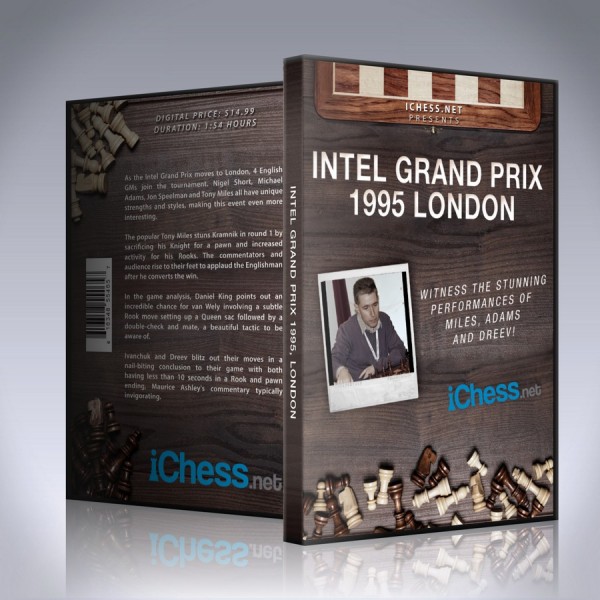 The popular Tony Miles stuns Kramnik in round 1 by sacrificing his Knight for a pawn and increased activity for his Rooks. The commentators and audience rise to their feet to applaud the Englishman after he converts the win.

In the game analysis, Daniel King points out an incredible chance for van Wely involving a subtle Rook move setting up a Queen sac followed by a double-check and mate, a beautiful tactic to be aware of.

Ivanchuk and Dreev blitz out their moves in a nail-biting conclusion to their game with both having less than 10 seconds in a rook and pawn ending, Maurice Ashley’s commentary typically invigorating.

With Kasparov absent as he prepares for his World Championship match, the tournament Intel Grand Prix London 1995 witnesses impressive performances by Miles, Adams, and Dreev who all reach the semi-final.

Daniel King extracts lessons from the games to make them as instructive as they are entertaining.