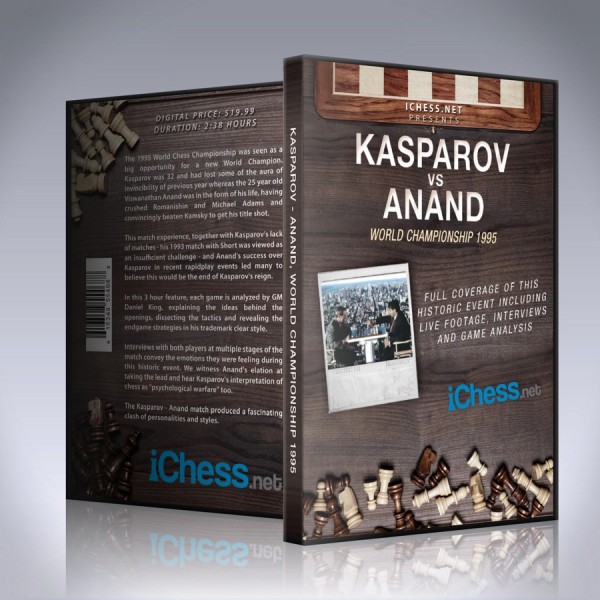 The Panov Attack is one of the most important opening positions in chess to learn. It is rich with positional play, building attacks, maneuvers tactics and much more.

The 1995 World Chess Championship was seen as a big opportunity for a new World Champion. Kasparov was 32 and had lost some of the aurae of invincibility of the previous year whereas the 25-year-old Viswanathan Anand was in the form of his life, having crushed Romanishin and Michael Adams and convincingly beaten Kamsky to get his title shot.

This match experience, together with Kasparov’s lack of matches – his 1993 match with Short was viewed as an insufficient challenge – and Anand’s success over Kasparov in recent rapidplay events led many to believe this would be the end of Kasparov’s reign.

In this 3 hour feature, each game is analyzed by GM Daniel King, explaining the ideas behind the openings, dissecting the tactics and revealing the endgame strategies in his trademark clear style.

Interviews with both players at multiple stages of the match convey the emotions they were feeling during this historic event. We witness Anand’s elation at taking the lead and hear Kasparov’s interpretation of chess as “psychological warfare” too.

The Kasparov – Anand match produced a fascinating clash of personalities and styles as well as chess of the very highest order and it is all captured in this edition of Grandmaster Magazine.