Rook and Knight versus Rook and Bishop Endgames 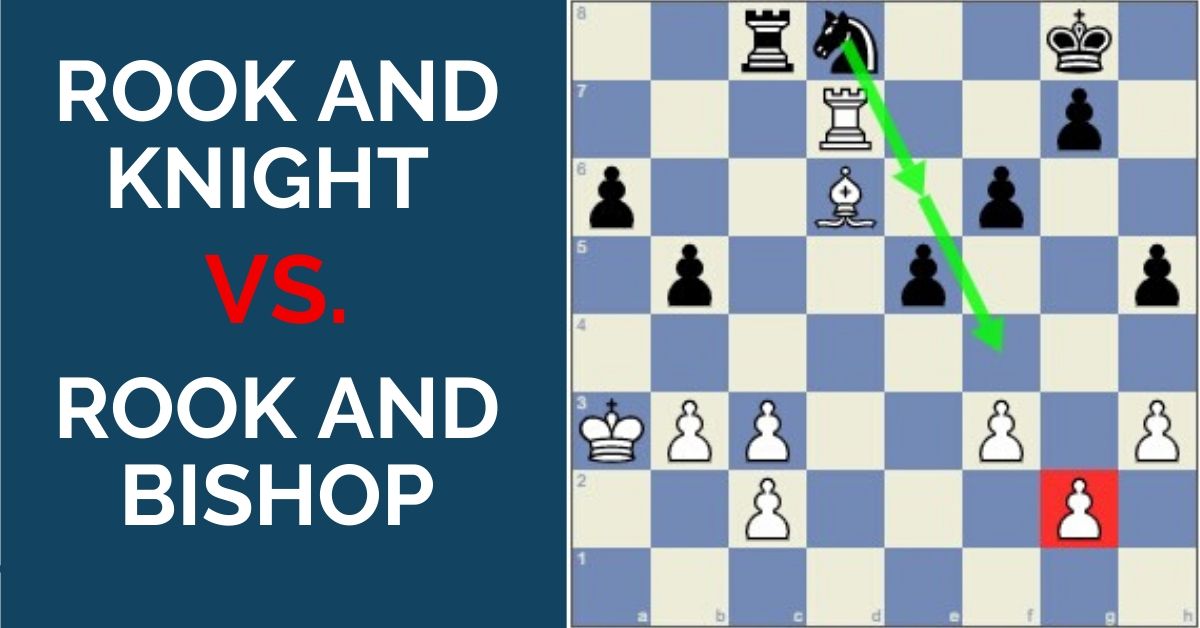 Endgames: In our last article, we have outlined a few important ideas that can help you decide which minor piece is better, depending on the position you have on the board. To show how the power of the bishop works, we have selected an instructive endgame where its cooperation with the rook was superior to that of the knight.

In this article, we are going to look a bit into the knight’s superiority and how, together with the rook, it can dominate the bishop in certain situations.

Rook and Knight versus Rook and Bishop Endgames: Before we move on to the practical examples, we’d like to remind you of a few ideas about this minor piece:

Returning to our subject, it is very instructive to see how former World Champion Vishwanathan Anand uses his knight to put pressure on his opponent, Grandmaster Vladimir Akopian: 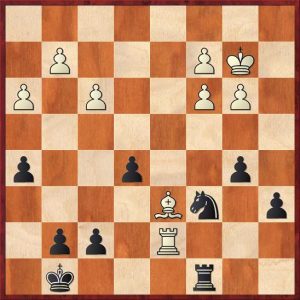 At first glance, it doesn’t seem like black’s knight is anything special. True, the position is completely equal in this very moment. The knight doesn’t seem to have any good outpost either, at least just yet. However, things are not that easy.

White’s bishop seems to be completely cut from the kingside thanks to the powerful pawn on e5 and the knight does have good prospects on the same side. Anand finds a nice square for his knight – the square f4. That looks like a beautiful dream for now, but luckily an achievable one.

The route to f4 is via d8-e6, but before starting anything black must first defend the pawn on e5. So, the first move makes a lot of sense – 31…f6! White continued with 32. Ka3 to which Anand responded with 32…Nd8!

Once black installed the knight on f4, white’s whole kingside is in danger. The game didn’t last long after this; see how Anand brought the point home here:

In the following position the knight’s superiority is even clearer: 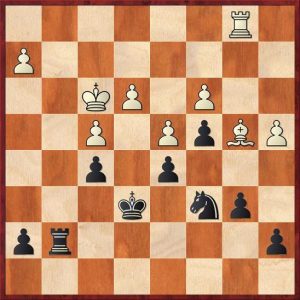 We can notice a few things: first of all, the center is completely closed. And, we already know that in such positions the knight is usually superior. Secondly, as in the previous example, the bishop is completely cut off from the other side of the board. The difference is that here it is white’s own pawns that stop the bishop from getting any activity. The only thing white can try to do here is created some counterplay on the queenside, but it is not going to be easy.

On the other hand, black’s plan seems to be very simple – push the h pawn to h3 and activate his rook. However, there is another idea for white in the air – getting the bishop to g5 and trying to hold this way. Black is probably better anyway, but he prefers to avoid this and that’s why black his plan with a nice, prophylactic move that is not so easy to play, especially since black’s last move has been …Rg7+ – 35…Rg8!

Now, he restricts the bishop. And, black can continue with his plan.

Rook and Knight versus Rook and Bishop Endgames – See how Kramnik achieved it here: