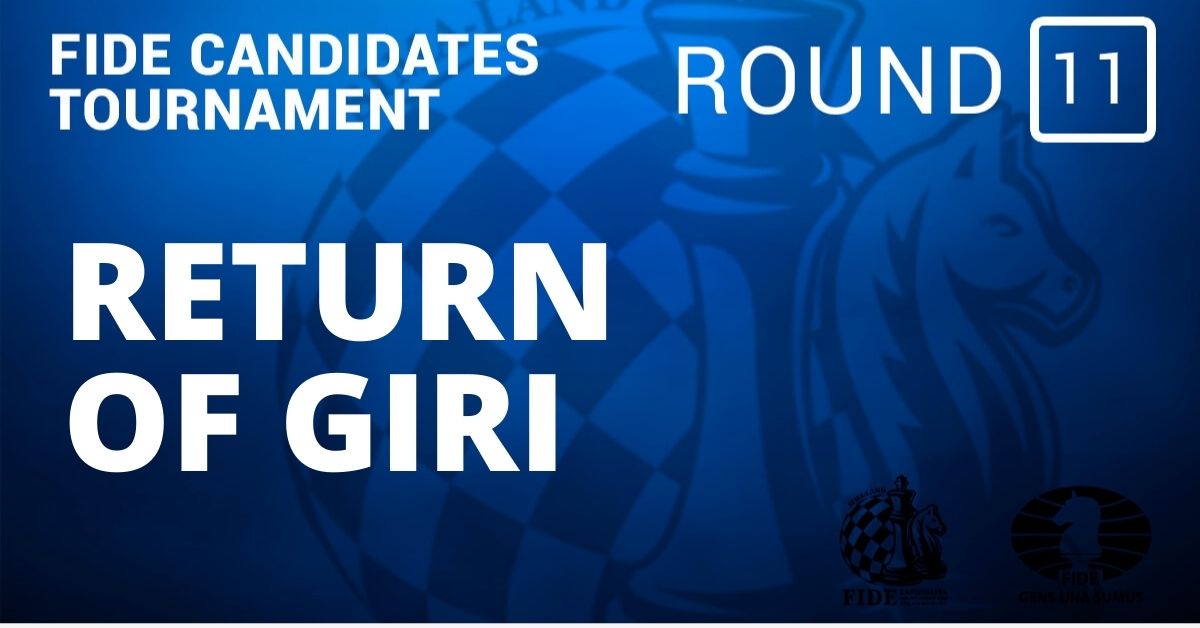 The central game of the day was between the leader Ian Nepomniachtchi and Fabiano Caruana.

The Russian had a point advantage and white pieces. He decides to play Scotch. The game went into a well-known variation where the game is quite simple. Black was trying to make it a bit sharper but with simple moves, the white started to exchange piece after piece. At some moment even Ian managed to get a slightly better endgame. In the end, it was a rook endgame with a pawn for white and two against 3 at the other end.

Caruana was careful and managed to hold, but in the remaining rounds, he has to win many games in order to win the tournament.

He has chosen a very solid but a bit passive line in Ruy Lopez.

The game was very calm until Ding has castled queenside. After this white managed to create something with b4. But later black has found a very nice idea f5 and took the initiative.

He could have got some advantage but decided to push g5 and g4 and this has allowed white to close the kingside. After that Ding exposed his king with b6 and Giri has offered a piece in order to open files. Although there was nothing concrete the attack was very strong. The Chinese could not find a good defense and lost soon after this. Now Giri is only half-point from the leader.

Alexander Grishchuk against Maxime Vachier Lagrave turns out to be an interesting game.

White has tried a very rare line in Sicilian where he had to take on d4 with his queen. They were following a recent game of MVL but now he played Bh6 instead of Bg7.

That actually is more popular so Alex was prepared for this. White castled queenside and offered a pawn for the attack. After that black was under some pressure and then in one move he just collapsed allowing f5. After this white has won but in the time of trouble white has made a few mistakes and black could escape. In the end, MVL missed his last chance Ba3 instead of Rc2 and lost.

Kiril Alekssenko against Wang Hao was a battle between the players without chances.

But it was fun because after a few moves black went h6 and g5, clearly showing his intentions. White managed to develop nicely and after e4 it seemed that he will become better. Black had some holes in his position but managed to defend well and then white was a bit under pressure. Kiril gave a pawn and lost his strong knight but black had a couple of weak pawns. Wang was trying to win but in the end, there was not much material and it was a draw.