Ruy Lopez or as many people know it the Spanish game, is one of the most popular openings played on all levels. And, this course is dedicated to it. 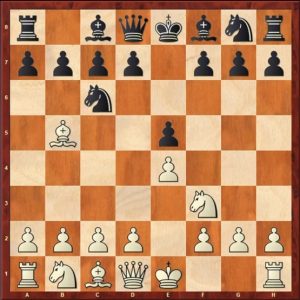 Ruy Lopez: A bit of history

Ruy Lopez was named after the Spanish priest from the 16th century. He conducted a systematic study on this opening and published a 150-page book on this very opening.

However, if we want to be even more precise, someone mentioned the Ruy Lopez opening in one of the German Chess Magazines dated back to 1490!

In the beginning, Ruy Lopez was not very popular, because the majority of players trusted the Italian game or the King’s Gambit and didn’t want to change their habits. Only in the 19th century, did Carl Jaenisch reinvent and popularized this opening – making it a blockbuster.

Now let’s take a quick dive into the meat and potatoes of the Ruy Lopez.

Taking on c6 is not a real threat because Black’s queen can easily recapture the material. That’s the reason why black usually continues with …a6. It is the most popular move and Paul Morphy introduced it.

You may be asking what’s the point of move 3. Bb5 if there is no “real” threat and Black can continue as they will?

Ruy Lopez: It is still a good move.

First of all, we’re developing the bishop into an active square and preparing to castle. And even though we cannot win the pawn immediately, that pin will turn out to be unpleasant for black in later stages of the game.

And finally, white can decide to trade his bishop for a knight on c6 and spoil black’s pawn structure. Those double pawns will be favorable in the endgame.

As you can see the 3. Bb5 has many ideas and many continuations. This is what this course is all about. We will look at all reasonable lines and variations one-by-one, to arm you with a powerful most up-to-date weapon.

First, we will explore the move …d6

This move was played by Wilhelm Steinitz.

Watch the video below to see the game.

Why focus on an opening that may give you a quick win once every twenty games when the Ruy Lopez will give you the skills to win every time?

GM Marian Petrov has just released The Complete Ruy Lopez, a 10-hour training program that explains the ideas behind every major variation, backing them up with model games played by World Champions from Steinitz to Carlsen.

Looking for more on this topic? We recommend the 10 Best Chess Games on this opening. 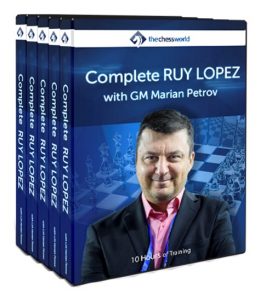 Get Complete Ruy Lopez 60% off

I hope that I will learn lot of thing from here