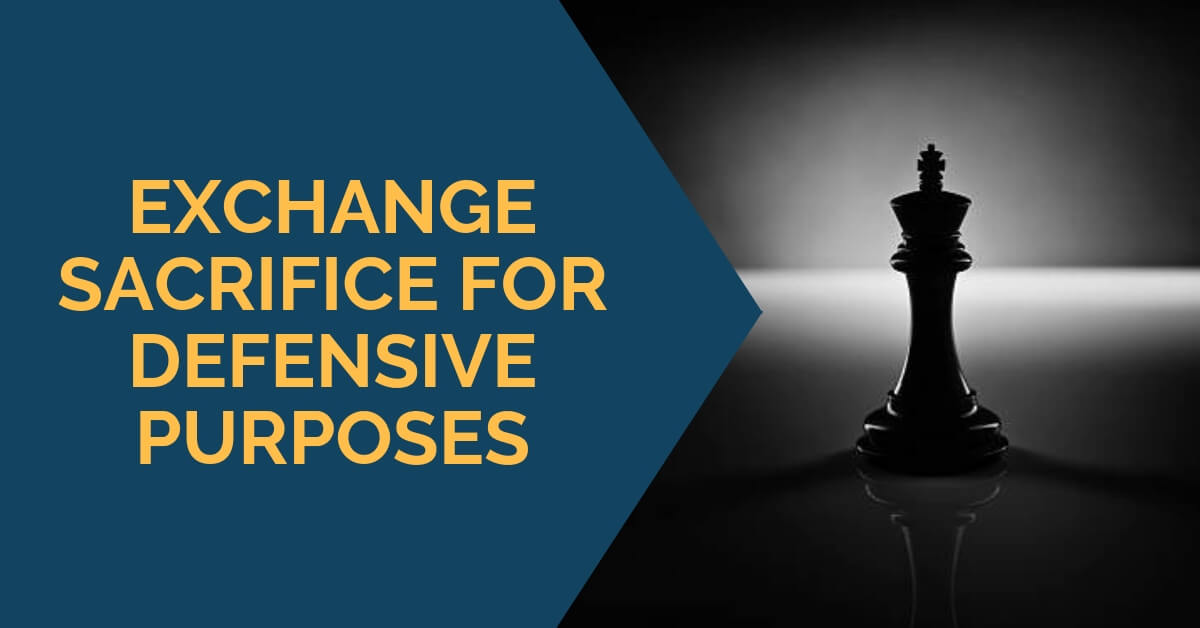 Today, I would like to discuss a topic, which in my opinion, is an important and interesting one, yet hasn’t been covered extensively in chess literature. How can sacrifices be used for a successful defense? Often, we cannot hope to survive an opponent’s attack by means of normal defensive moves that improve our pieces slowly or deal with their threats convincingly enough.

Therefore, I would start with a few examples that have become something every aspiring player must be made aware of—true classical heritage from the great Tigran Petrosian.

When a club player, who already reads chess literature and knows the most common patterns, hears of an exchange sacrifice, they immediately think of Rxc3 in various Sicilian positions.

Maybe some players, who possess a broader chess education, can also recall similar patters Rxf3 in French or Rxc6 in the English opening, which is basically the reversed Sicilian. However, some sacrifices we are about to take a look at don’t seem that spectacular at first, yet are powerful enough to turn the tables in your favor. 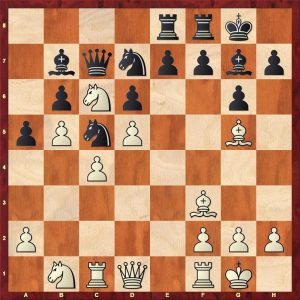 Example One is taken from the game between Layosh Portisch and Tigran Petrosian, the two top players of their time. It becomes apparent at first sight of the position that White has a significant advantage: he has more space.

Moreover, Black’s weakness on e7, due to White’s wonderful position of the knight on c6 and the bishop on g5 as well as the rook potentially moving over the e file, doesn’t improve his tough situation much, either. However, Petrosian pulls off a brilliant defensive move. Before you scroll down, I recommend that you take a few minutes to try to come up with the solution yourself.

I think the better move was to refrain from accepting the exchange sacrifice and instead, going 2.Bxe6! By doing this, White would have been in a better position. However, his advantage would have decreased in the following moves and maybe Portisch thought that Black had made a serious blunder.

Of course, he went for it… 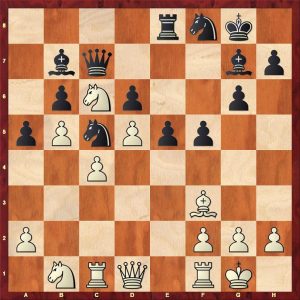 After a few more moves, the picture of the position and the advantage of the game has changed entirely. As we can see (Example Two), White has a rook for a minor piece now, but he doesn’t have any active play/plan, as all the files are closed.

The rook is only better than the pawn only when there are open files!

When the Black pawn arrived at e5, we need also think over the position of the White knight on c6. This piece was placing tremendous pressure on the position, but now it doesn’t serve any purpose. Worse still, it doesn’t have a single move! Petrosian annotated this position, by stating: “Unfortunately, I didn’t manage to win this game, but black’s advantage is beyond any doubts at this point.”

Now, as we have understood it, we can change the course of events drastically by means of a modest material investment. To achieve this, I’d like to show how such a sacrifice can help not only defend, but also fight for the initiative. 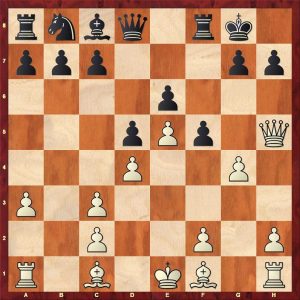 Another French position, Black to move. Black’s position is obviously quite dangerous, as White manages to open the kingside quickly, while all of Black’s pieces are stuck on the other side of the board.

I believe that anyone who wants to succeed in positional play needs to understand strategy better and, therefore, should learn the ins and outs of the positions with the pawns’ chains: French chain, King’s Indian chain, and Spanish closed position.

Doing this will help you to understand the slow plans and the ideas behind calm maneuvering. This is what I always recommend that my students do. If you’d like to take as much as possible from this topic, try to think of how Black should follow up here. A hint would be that White wants to attack the kingside with Bd3, gf, maybe Rg1-Bg5.

The point of Black’s defensive strategy. He neutralizes the opponent’s attack and starts his own counterplay over the light squares. You can see the rest of the game with annotations in the viewer, Black was generously rewarded for his skillful play, as White went wrong very soon and ended up losing.

The key advice when you sacrifice an exchange: don’t hurry to regain the material, just improve positions of your pieces and your opponent’s pawns will shortly fall themselves.

I hope that you have enjoyed this article. My goal was not only to share the aesthetical examples, which I myself enjoyed a lot while studying them but also to give an idea of how an active defense may help save and sometimes even win positions that initially look like ones with very little room for counterplay.

At the same time, you can learn quite a bit about the technique of converting your advantage: don’t give your opponents a chance to complicate the game in such a way by means of sacrifices!