10 Reasons to Play the Czech Pirc 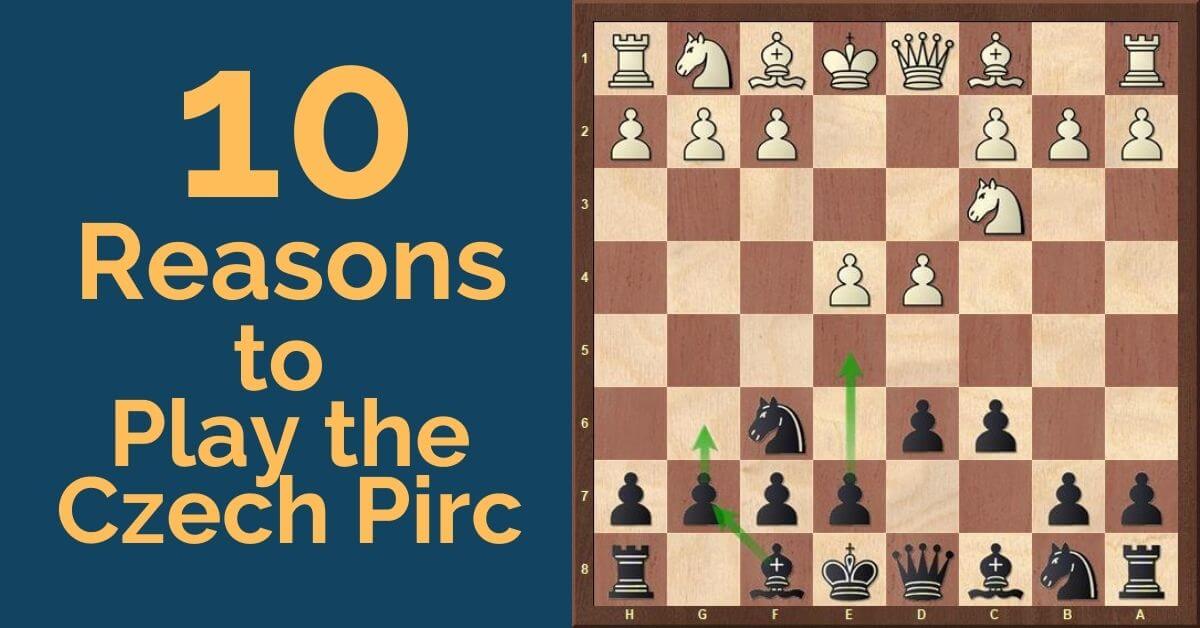 Czech Pirc: Do you wish you could find a more reliable Black opening?

Are you interested in learning a new defense against 1.e4 without much theory?

If you answered yes to either of these questions, we recommend you to take a look at the Czech Pirc: a solid, easy-to-learn opening bursting with potential for action!

As Black, there are thousands of openings that you could learn and implement into your games, but the Czech Pirc can quickly give you the chance to make threats and develop. 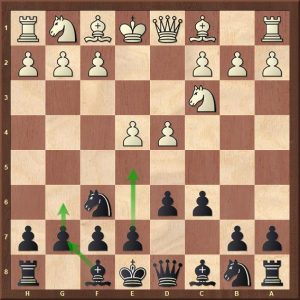 Let’s look at 10 Reasons to Play the Czech Pirc:

For most 1. e4 players, the most common reply to 1…d6 or 2…d6 (depending on which variation of the Pirc you play) is 2. d4. This is because White wants to gain as much central control as he/she can, which makes sense.

This is great for you, as Black, because no matter if White plays e4 or d4, in many games you won’t have to learn as much theory.

You can focus on the main ideas of this defense and not have to worry about too much theory on what White might do.

The c6 d6 setup common in the Czech Pirc gives Black an ultra-safe position to start out with many possible plans (for threats with the queen and possible pawn pushes throughout the board).

To add, you will have more good squares to put your pieces in since this variation of the Pirc does not quickly commit to any particular structure.

Like with most openings, simplification can be a very important technique for Black against openings that White is naturally more prepared for. After all, White determines the initial course of the game and can quickly seize control if Black is not careful.

Additionally, the Pirc structure of this opening mediates the path toward simplification while maintaining the same attacking ideas. If you hate having to calculate tons of variations, this variation in the Pirc may serve you well!

4. Potential for queenside and central tactics

The combination of possible queen-based attacks, e-file and b-file pawn pushes, and the strength of Black’s minor pieces combine to allow you to immediately take control of the center and give your pieces more space. By doing this, you automatically accumulate more strong squares in the most critical region of the board.

Moreover, because of how much power you accumulate, you have more choice in how you want to play your game. Keep in mind that you should always be aware if you are overextending yourself in any part of the board.

This variation of the Pirc allows you to move fluidly through White’s plans. Your pawn structure is very open to possible changes and your minor pieces have a decent amount of freedom in the path that they can take.

As a whole, many successful Czech Pirc games happen when Black is able to convert equality to a clear advantage in space and attacking potential.

6. Sustains coordinated attacks throughout the board

If played adequately, the Czech Pirc can improve the coordination of your minor pieces in all areas of the board. You have greater control to open up the center in comparison to other openings as well.

7. Czech Pirc: After opening up the center, there are lots of tactical opportunities

You don’t usually see too many Black openings with viable tactical threats.

To be fair, it can become difficult to find tactics regardless of what color you play!

However, with this opening, your pieces can become more in sync with the Pirc-themed positions you will find yourself in (and the fact that White usually becomes overwhelmed) that it becomes easier to find ways to gain material, space, both, or even a mate!

With Black’s kingside secure, your pieces can more easily find squares to develop to and threaten White with. For the bishops, this usually comes with the development of the dark-squared bishop to either d6 or b4 and the light-squared bishop to a6.

The knights can hop around more fluidly in the opening as well. Be careful not to let White overwhelm you in the center! Most Pirc games-gone-wrong happen when Black does not recognize the potential power of White’s greater central control.

9. Contains many ideas similar to the Sicilian

Especially if you are a current or former Sicilian Defence player (particularly Dragon players), you should definitely give the Czech Pirc a try! This is because the setup you get from the Pirc is extremely similar apart from the initial c5 reply.

Unlike the Sicilian, there isn’t as much sharp play in the very start. However, you can put as much pressure on the center as you feel comfortable doing, which can help make the transition to this opening easier.

This opening mediates this process by giving you the best chance to equalize early on while maintaining sharp potential attacks around the board (particularly in the center and queenside).

10. Czech Pirc: And finally, it is not a very common opening

Outside of the benefits of the Czech Pirc in-game, there are not too many players who practice against this opening.

Most 1. e4 players study against some of the more popular replies that transfer into common Sicilian or Ruy Lopez games (for example). Because of this, you can take advantage of the fact that your opponent may not be as prepped for this seemingly uninteresting opening.

However, just because it isn’t as popular does not mean it is not playable. Some GMs like Mikhail Miran are very big supporters of this opening.

So, if you are interested in a new, solid opening for Black, look no further than the Czech Pirc!

Ready to include The Complete, “Low-Theory” Repertoire for Black against 1.e4!?

FM Yuriy Krykun has just finished Fighting 1.e4: The Complete Repertoire for Black with a ‘heavy’ emphasis on practicality and simplicity. No need to memorize the mainline theory for the lines you’ll likely never face in your entire chess life! 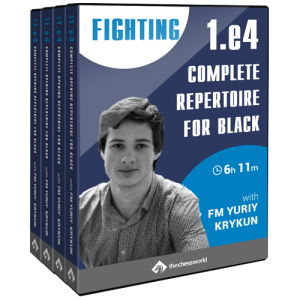 I want a opening against london system and english opening
Like reserve grand prix book if you do it for me. Sir plz

I realize that many players play black, but my preference is more for white openings, and other assistance for the white pieces player.

Hello David, thanks for your message. We have many courses covering openings for White, here is a recent one by the same author after 1.d4: https://thechessworld.com/store/product/1-d4-practical-repertoire-for-white-with-fm-yuriy-krykun/

Let me know if that works for you.