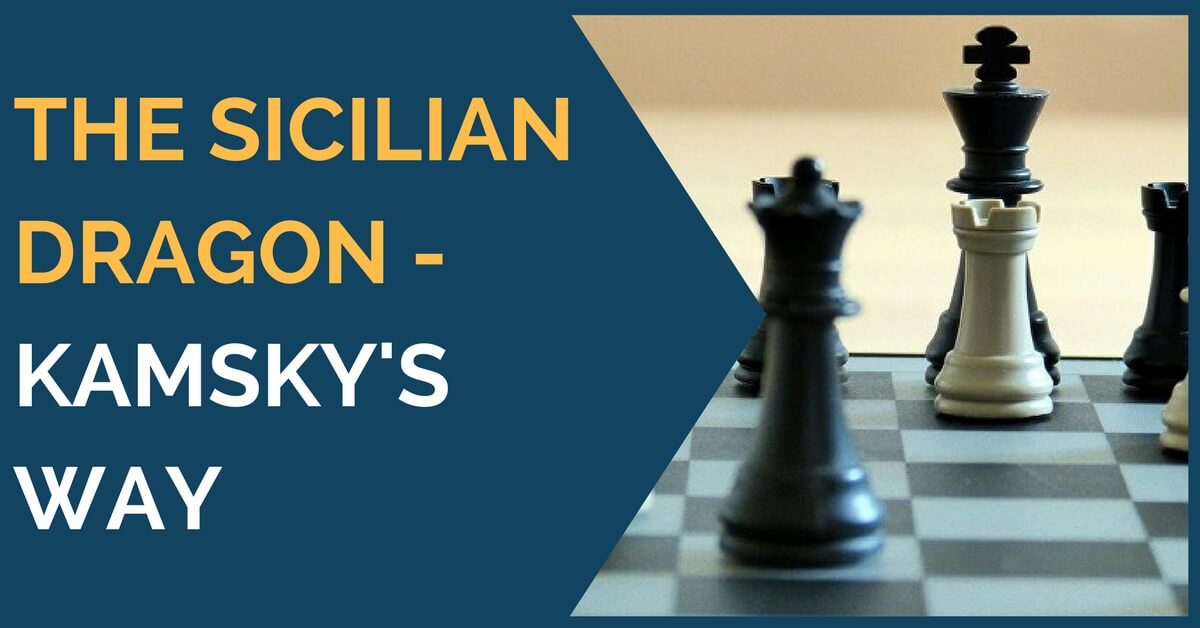 Kamsky’s Way – Sicilian Dragon: The Sicilian is the number one enemy for 1.e4 players. Nowadays it’s almost impossible to play against the Sicilian without having a strong theoretical preparation. This approach requires a long time to memorize not only the main lines but also the so-called playable secondary lines which are often the most dangerous.

Obviously, this is the road for professional players; without a doubt mainlines are the most critical attempts to gain an advantage, but as we can see, this is more difficult every day so it’s best to not even dream of it. At the end of the day, one has to choose whatever fits better one’s style not only over the board but also in accordance with the time you have to learn theory.

In this article, we will show you a practical way to handle the Sicilian Dragon. Looking at the games of Gata Kamsky we discovered that against the Sicilian Najdorf he played the move 6.a4 quite often. An uncompromising move that keeps white’s options open to adapt against whatever black does. 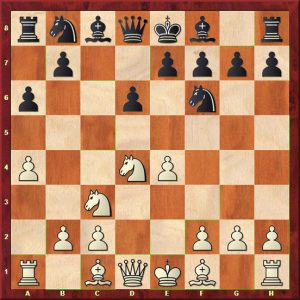 Black very often avoids playing 6…e5 because it weakens the square d5. 6…e6 would take him into Scheveningen territory which is not always suitable for Najdorf players. So usually black responded with 6…Nc6 and after 7.Be2 g6, adopting a “safe dragon”.

White can no longer play the typical Yugoslav Attack with queenside castle so the Dragon seems to be the best option. 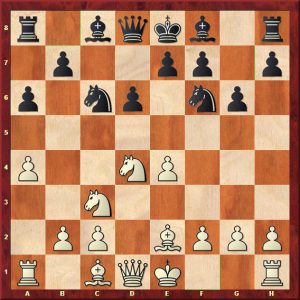 This is the concept. However, Kamsky has demonstrated more than once that there is a lot to play for in this line and he has managed to outplay very strong opponents such as Leinier Dominguez or Julio Granda.

After seeing this, we decided to take a look and check if Kamsky also employed his pet line against the regular Dragon, without black playing a6. No surprise to find out that he did play the same with success as well. He even managed to beat Carlsen!

There is nothing theoretically special about this quiet system, but if you’re looking for a weapon easy to learn to get out of the opening with a clear plan for the middle game then we think this line is suitable for you.

Starting from the diagram position black has tried different moves but the three main roads for the second player are:

A) 9…d5! This move is considered to equalize easily

B) 9…Ng4 This move forces simplifications, but the position that arises is unbalanced; a middle game struggle in which white has a knight and black keeps a bishop.

C) 9…Bd7 This move, as well as 9…Nxd4 lead to very tense battles. Black plays a development move and starts planning actions on the queenside and center.

In the next three model games, we analyze each of them separately and in the comments, you will find clear explanations of the plans for white.

Radjabov played the principled 9…d5 and obtained a very reasonable position. In fact, he might have been even better at some point. The move 9…d5 seems to be white’s main problem in this line. However, there is still some interesting play.

Black played 9…Ng4 and after the forced sequence 10.Bxg4 Bxg4 11.Nxc6 bxc6 12.Bh6 an equal position arises. However, in practice, it may be easier to be on the white side.

This was a rather quick victory for Kamsky after Shabalov committed a big blunder in a slightly worse position. However, inside the game, you can find annotations with white’s plans for 9…Bd7.

We hope you have liked this small article of an offbeat line against the Dragon. We don’t have high hopes for it from a theoretical point of view and with a book, in hand, your opponents will equalize easily.

However, as you can see, if it has worked for Kamsky at the highest level, it will surely work at your game. Keep an eye on it and feel free to send us any feedback.

Want to know more about The Sicilian Dragon? Here is A Complete Guide, 10 Reasons to Play It as well as the 7 Greatest Games on It.