Fighting against the Pawn Center 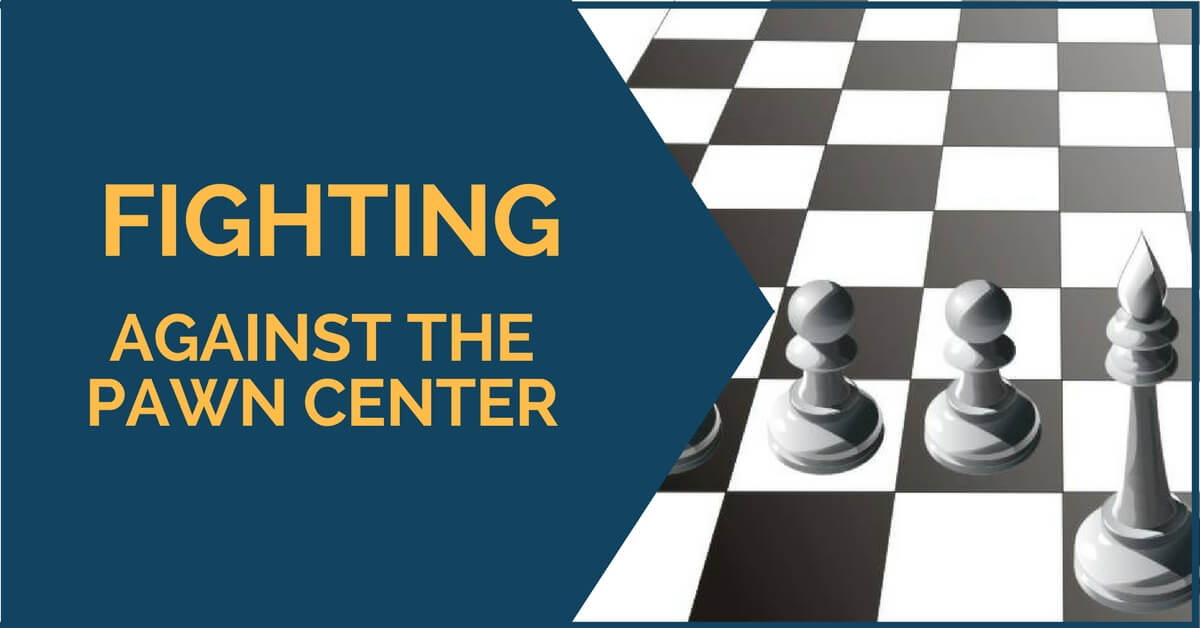 Every chess player knows how important the center is. It is one of the first things teachers tell their students – you must control the center at every moment and occupy it with either pieces or pawns. It is what we try to do right from the opening – develop the pieces toward the center and take as much space as possible. A powerful center can indeed represent a great advantage during a game; it gives us space and is usually more active. A piece placed on a central square and supported by pawns can pose real problems to our opponent.

However, as important as the center is, there is a very important thing to remember – it should always be supported by pieces. Occupying the center only with the pawns, without developing the pieces or without having coordinated them is known as over-extension and can become a target for our opponent instead of an advantage.

There are many openings where this is exactly what one side does – quickly develops the pieces and allows the rival to occupy the center with the pawns, only to attack it at the right moment. We can see it in the Grunfeld Defence, the Reti Opening, the Alekhine and in certain lines of the King’s Indian.

In this article, we are going to show you a few games where one side intentionally gives up the center only to break it apart with the pawns and turn it into a weakness. There are, however, still a few things you should pay attention to. To start with, you shouldn’t delay the attack on the center for too long. Doing so might allow your opponent to regroup, coordinate his pieces and turn it into a powerful weapon.

By attacking the center, you are also fighting for it and trying to achieve control over the important squares. The attack against the center is particularly dangerous with a fianchettoed bishop, as it happens in most of the openings where this idea is employed. Once the center is weakened, the bishops come to life and usually become a key piece of the attack.

We’re going to start the presentation of this idea with one classical game, played by Bobby Fischer with the black pieces in the 1960 Olympiad, in Leipzig. His opponent, Rene Letelier Martner of Chile, decided to launch an early pawn storm against Black’s King’s Indian and delay his development. As we mentioned earlier, when central pawns are not supported by pieces, they can become an easy target for the opposite side. This is exactly what happened in the game; Fischer didn’t wait for his opponent to develop his pieces and immediately started attacking the center and weakening not only the pawn structure but also the king’s position.

With the pieces still undeveloped, it is no wonder that white soon found himself in great trouble.

See how the game went here:

The Alekhine Defense is one of the openings where black is deliberately provoking his opponent to push his central pawns and then try to demonstrate their weakness. This idea is well illustrated in the next game, where Grandmaster Rafael Vaganian scores a beautiful win against Grandmaster John van der Wiel.

Here is the annotated game:

Finally, I have chosen to include one position from my recent games. Although it was played in a rapid tournament, where mistakes can often happen, the idea of allowing my opponent to push her central pawns in order to attack them, later on, was correct and allowed me to obtain a slight advantage.

Also, it is interesting to see that, in the end, it’s the fianchetto bishop that wins the game: