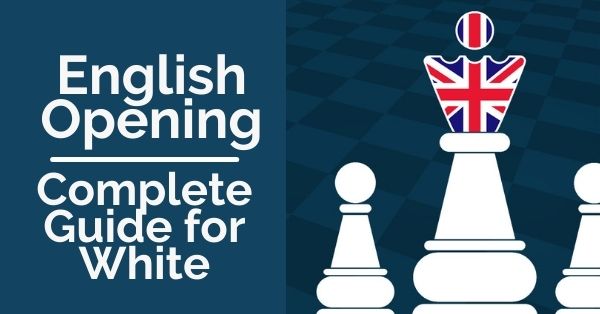 English Opening starts with 1.c4 and is known as a very solid choice for the white player. Solid, however, does not equal boring and drawish and the English Opening is the perfect example.

Most of the time the positions are closed, but there are plenty of active ideas for both sides.

It has been the choice of many players, of every level, mainly because it is a fighting opening that leads to interesting, complicated middlegames. It offers a lot of play and there is little contact between the pieces, which means there won’t be many trades. This, and not only, allows you to play for a win in those crucial games.

Another advantage of this opening is that it is very flexible. You can develop your pieces in more than one way and you can choose between various set-ups, depending on the kind of positions you want to play that day.

This will also allow many transpositions. The pawn structure can change quickly and you can easily go into a Maroczy structure, a Queen’s Gambit, Reversed Sicilian, and isolated pawn positions. You can play with the move orders, wait for your opponent to decide on their set-up, and only then choose the structure that you think suits the position best and is to your advantage.

Theory-wise, you don’t have much to worry about. The English Opening is a perfect choice for those who prefer to play schemes and creative plans rather than memorizing heavy theory. Of course, there is a great deal of theory in the English Opening as well, but the character of the opening is a lot less forced. White has many different ideas at his disposal on each line. The general opinion among club players is that the English Opening is meant for positional and slow battles.

While there is some truth in that, historically, the English has been employed by players with a very aggressive style and has produced amazing masterpieces. Garry Kasparov was a great specialist of the English and has played it several times in his career (even in his match against Karpov for the world crown).

The Romanian Grandmaster Mihail Suba, famous for his excellent book “Dynamic Chess Strategy” (besides his extraordinary chess career as a player!), is also a great adept at the English Opening. Nowadays, Hikaru Nakamura, Mamedyarov, Aronian are among the highest-rated players who use the English Opening quite often.

Let’s take a brief look at black’s possible answer and the different types of structure you could go for. 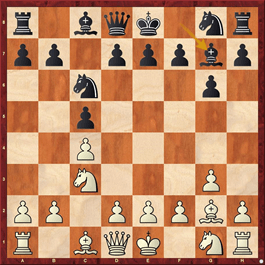 Now white has many options and you should choose the one that’s most suitable for you. The knight from g1 can be developed either to f3 or e2, while the pawn from d2 can go to d3 or directly to d4. The plans in the middlegame will usually differ as well. For example, one common plan for white is to play with d3, Rb1, Bd2, and an early a3-b4, immediately putting pressure on the queenside.

The central rupture d4 is also among the plans and it can be executed either with a pawn on e3 or without it; depending on black’s set-up. Also possible and very interesting is playing for f2-f4. In this case, the g1 knight is developed via e2, and white’s set-up will look like this: d3, e3, Nge2, 0-0, b3, and Bb2 (the move order can be different). This is a very flexible set-up and, while f4 can be a plan, white can also play for the d3-d4 advance.

The Symmetrical English also allows transposition. If you like to play the Maroczy structures, you can opt for a different development: 1.c4 c5 2.Nf3 and now you can immediately play d4. You can reach the Maroczy Variation of the Sicilian after 2…Nc6 3.d4 cxd4 4.Nxd4 g6 5.e4. The Hedgehog Variation is another possible transposition, if instead of 4…g6 black plays with 4…e6.

You can reach this structure after black’s 1…e5. Now white is playing a Sicilian Defense, but with an extra tempo: 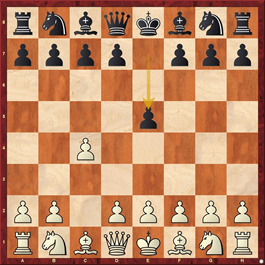 From now on, black can play in various ways, very similar to what white can do against the “normal” Sicilian. One of the main options is the Open Reversed Sicilian, where black opens the center with d7-d5: 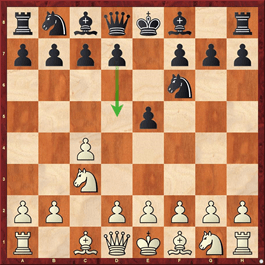 White can reply in many ways, but one of the most common set-ups is with g3 and Bg2. White fianchettos the bishop, will castle and usually play on the queenside. The main plan includes a3, b4, Bb2, Rc1, and Nc3-e4-c5.

Of course, this is not the only way white can develop. If you play Sicilian with black, it makes sense to choose the same type of set-up. You can basically choose any Sicilian line where you will have the advantage of an extra tempo. 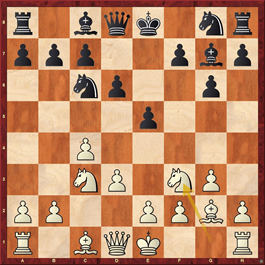 Here black can play …f5 immediately or later, after …Nge7 or …Nf6. The most common theme, however, is the race on opposite wings – white will gain space on the queenside with b4-b5, while black is attacking the kingside with f5-f4. The resulting middlegames are complicated and all three results are possible.

Another possible set-up for white is with e3 and Ng1-e2. Here we will see the same race on opposite wings, but white can slow black’s attack down with a timely f2-f4. Apart from this, ideas with d3-d4 are possible in some positions.

The Reversed Rossolimo is another possible structure. Black develops the dark bishop to b4 and takes on c3, giving up the bishop pair, but getting a better pawn structure in return. 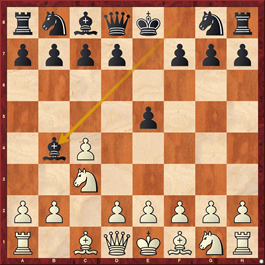 White can, of course, allow this and play normally. A very common set-up is with g3 and Bg2 when white will play in the center, advancing the pawn to e4 and preparing the f2-f4 break. However, if these structures are not to your liking, other options are 3.Nd5 or 3.Qc2. 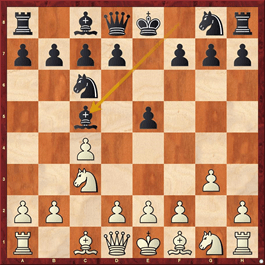 Former World Champion Anatoly Karpov employed a lot of this idea. Black is immediately putting pressure on f2 and one of the plans is to throw h7-h5 if white castles too soon. This is perhaps one of the most dangerous lines for white and needs to be studied well in order to understand all the ideas in these positions.

Apart from these two big options, black could also choose to stay flexible with 1…Nf6 and 2…e6. These are positions that can transpose to many openings. For example, in the case of 3.g3, the game could transpose to a Catalan. If 3.e3 d5, the game could easily go into a Queen’s Gambit Accepted or a Tarrasch structure. You can choose this depending on your opponent and your style. There is also the option of playing 3.e4 where, after 3…c5, for example, we could get into a Sicilian.

Looking for more on this opening? Look at TCW Academy article with IM Valeri Lilov and 10 Best Chess Games on This Opening.

In conclusion, the English is a fighting opening choice and can be a great weapon if you need to play for a win. It also offers a lot of room for expanding your opening and general chess knowledge, with all the possible transpositions.

Learn how to Master the English Opening: