How to Play Against a Chess Master – A Practical Advice 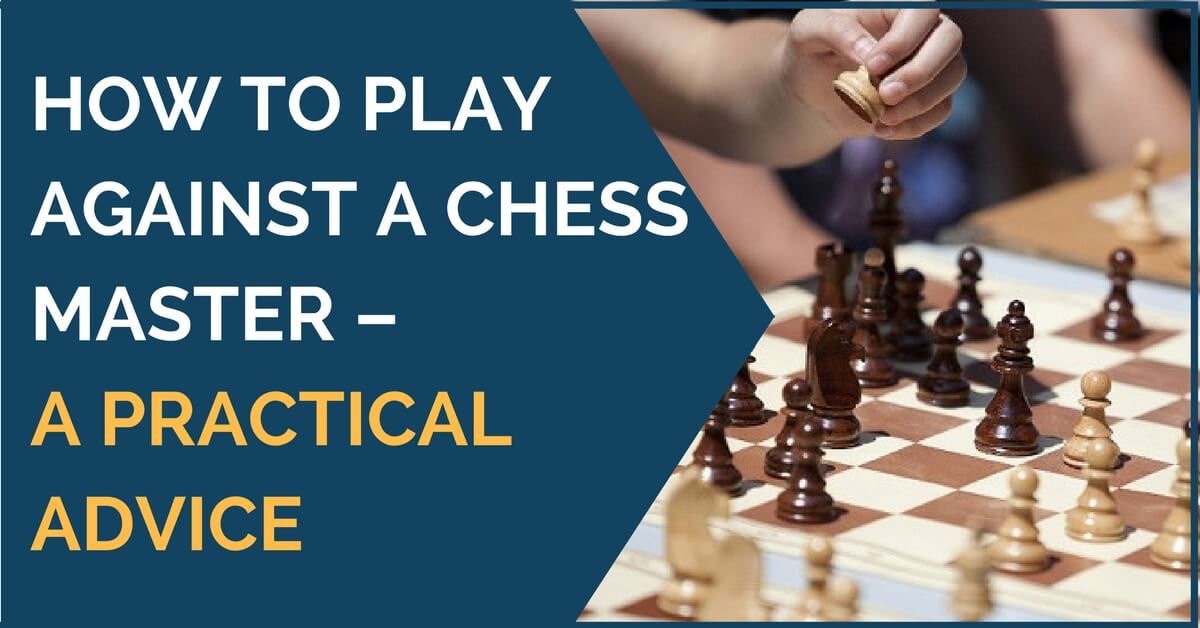 If you are an active player you have probably already been paired against a much stronger opponent at least once in the tournaments you’ve played. It is clear that this will never be an easy encounter, but it is important that you know how to approach the game and how to set your mind for it. There are many players who feel discouraged when they see themselves in such a situation and they think that they will stand no chance against such a strong player.

This type of attitude usually means no good for you and it’s better to relax and just play chess. Any results work for you and, if anything, it is probably your opponent who should be stressed about the outcome of the game.

A strong Master or a Grandmaster usually know a lot a theory, so it is probably best to avoid very sharp lines where you have to remember many lines. Strong players usually play more lines of only one opening, so the chance they get you out of your preparation is quite high.

Choose a solid, “sane” line where the play is based on schemes rather than only moves. Opt for a type of structure or middlegame where you already know the ideas and the most common plans and you feel comfortable playing. You may want to refer to 7 must know middlegames for club players.

It will be easier for you to find the best moves and keep the game level. Here is how you can work on improving your openings.

Remember that you are not playing a game that you have to win no matter what. In fact, it is the person in front of you who is probably thinking that way. This means that if the game is equal you should continue playing in the spirit of the position and not suddenly go crazy.

Try to give your opponent as little chances as possible; keep the central tension and let your opponent be the one who has to do something in order to win. He might push it too hard and commit to a worse position where you can push for a win yourself!

This leads us to the following advice…

The best way to look at games played against stronger players is that you have nothing to lose. Even if you lose the game in the end, you still have a lot to learn from the game – from both yours and your opponent’s play.

By this, we mean that you shouldn’t be afraid to make an active move or even a sacrifice that you think will bring you an advantage. Don’t be too confident in your opponent’s skills; have full confidence in your own!

A strong player is also human and mistakes and overlooking moves are possible, but if you miss your chance you probably won’t get a second one.

4.Be ready for a long game

It is usual that a stronger player will try to win the game and that means he might be doing that for many hours.

Keep your calm and don’t get over-confident when you feel that the game is heading to a draw; that’s when most mistakes happen!

5.Keep your guard up!

Even though it might be looking like your opponent is “going in circles” and his moves are aimless, remember there is usually a plan behind them. Try to discover it and spot the possible traps you might be set.

This article is just a really brilliant once you are great Yury thanks, lot you are the best coach.

Thanks! I didn’t write this article though, our writers did: WGM Raluca Sgîrcea and IM Renier Castellanos.