Top 10 Things Chess Masters Do Differently Than The Rest 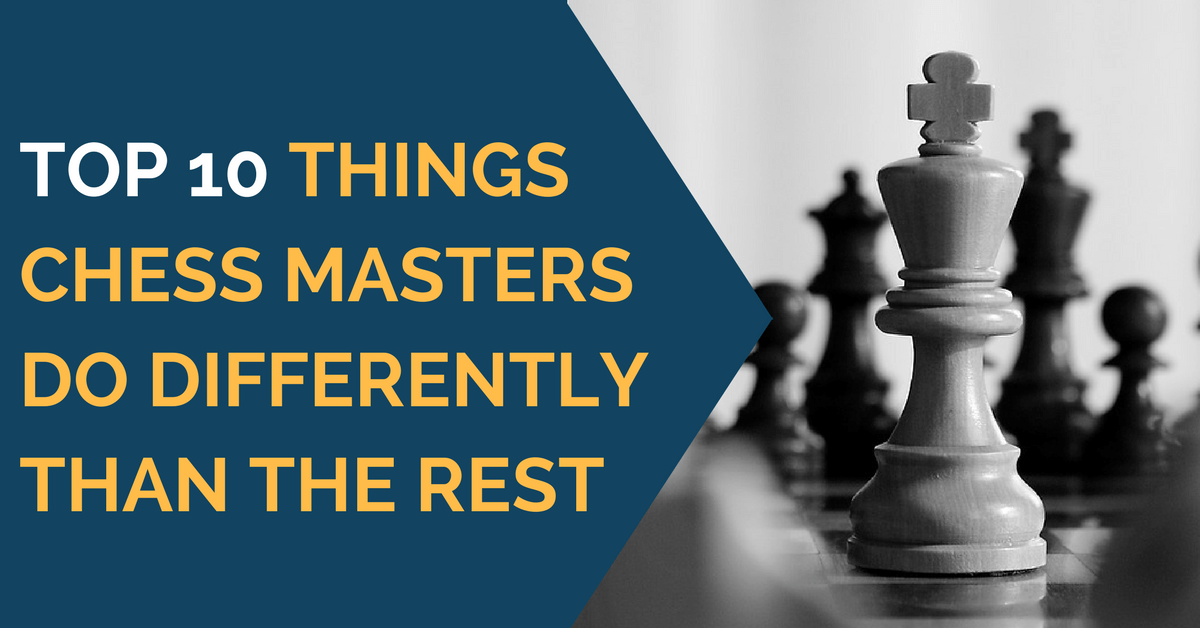 Have you noticed how chess masters easily and flawlessly find a winning combination and win the game, while other players struggle and cannot achieve the same? Have you ever wondered why does that happen like that and what can you do to achieve master’s performance? Look no further.

Today I will show you the 10 things that master level players do differently from the rest.

Master level players know when to…

Every chess player knows how to exchange pieces. Most know that exchanging a ‘lower value’ chess piece for a ‘higher value’ one is a good deal. However, not many can correctly estimate the true value of a chess piece. That comes with experience. 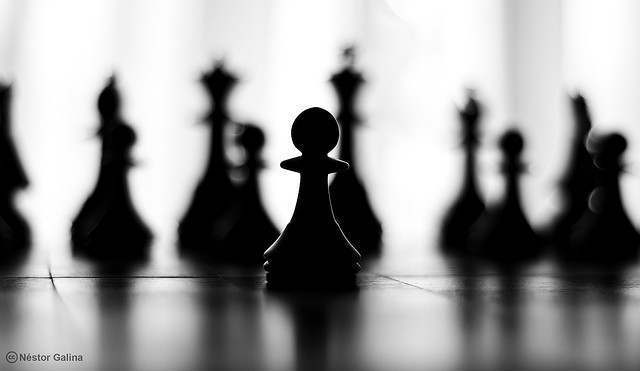 What masters understand that other players don’t when it comes to trading pieces is the pieces’ true value, in a current position. For example, when a master exchanges a bishop for a bishop he understands the position well enough to see that the opponent’s bishop is superior to his own, even though both pieces are evaluated at 3 points.

Therefore, the exchange is beneficial for him. In some cases giving up an exchange (rook for a knight for bishop) can lead to serious, long term positional advantages. Masters can convert these advantages into a won game.

What can you learn from that?

It is important to see what role the piece plays in a current position. Once you can evaluate that precisely and exchange your bad pieces for good pieces of your opponent, you will always have a better game.

When an average player does trade queens? There are a few answers to that question. May be when he has an opportunity to do so or when he feels like simplifying a position?

When does a master trade queens? The first point to remember about the high level chess is that everything happens for a reason. A master won’t trade queens because he does not know what other decent moves to play or just because he has an opportunity to trade.

A Master would trade queens (or play any other move for that matter) only if he thinks that doing so will improve his position. It’s as simple as that. For example, a master may want to trade queens because he knows he has a superior pawn structure or an isolated passed pawn. Taking queens off the board would increase his chances to win the game. In a different situation, a master may want to exchange queens to remove an opponent’s main attacking piece, if it possesses a major threat to his King.

When deciding if to trade queens or not, you need to carefully analyze the consequences of that exchange. If you find that you position will improve with such a trade, you should go for it.

Another big difference between a master level player and the rest is that he knows when to take his time. The ability to determine a decisive moment in the game is very important one.

A master may take longer time to evaluate certain position when he feels that the risk he is taking next move is greater than usual. Also, a master can take his time to think about the position when there is an important decision to be made, such as going to an endgame, playing the middle game or closing or opening the position, etc. 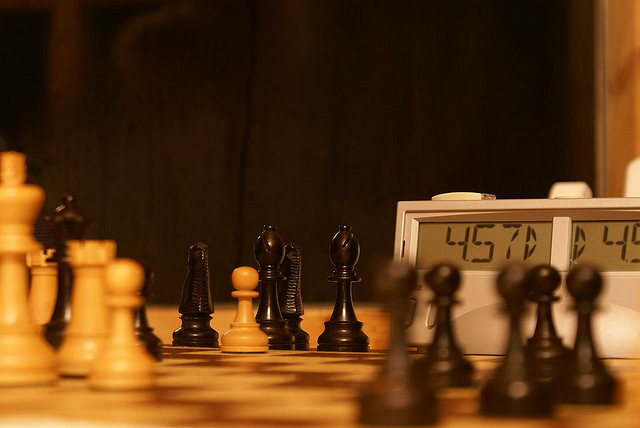 You need learn to spot the crucial moments of the game, and spend your time analyzing those. These moments usually happen when the game changes its direction for example from defense to attack, middle game to endgame, open to closed position, etc.

A master knows very well when to attack and when to defend. Nimzovich stated very precisely that a player should attack only when he has some sort of material or positional advantage on that side of the board. Otherwise, a player should defend, reorganize his pieces and look for an opportunity to counter-attack.

Knowing when to attack and when to defend at chess is directly linked to a player’s ability to evaluate a position on the board. If that evaluation is accurate he will make a correct judgment and get an upper hand by choosing the right strategy, while going in the wrong direction can cost him a game.

5. Go into an endgame

How does a master decide if he should go into an endgame or not? There are many factors that can play role in that decision. We will start from the obvious and will move towards the subtle ones.

If a master has a serious positional advantage that almost guarantees a win [favorable pawn structure, a lonely pawn on the other side of the board, superior activity of the King, etc.] he will transition to an endgame immediately.

If a master is down on time, it may be a good idea to go into the endgame, since it’s a purely calculative phase of the game, without many surprises. 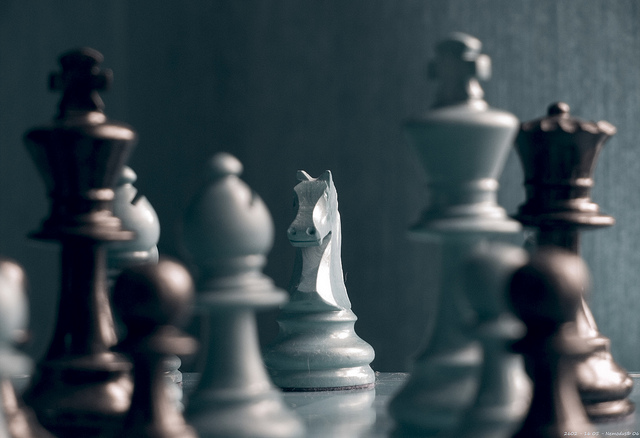 Making a right decision about going into an endgame can make a huge difference in the outcome of the game. Evaluating you endgame chances correctly is the most important part of the decision making process. Creating positional advantages is an important aspect of chess.

6. Keep a bishop or a knight

Most players have a strong preference towards a bishop a knight. Some players totally hate opponent’s knights and are willing to give up anything, even a bishop pair, to capture them.

Masters, however make their judgment not because of some superficial arguments but simply by a precise position evaluation. They understand fairly well in what kinds of positions the bishop is stronger and when the knight is.

I’m not only talking about open or closed positions when a bishop or a knight dominates. There are many factors that can decide what pieces to keep: strong, weak squares and diagonals, bishop + queen vs. knight + queen (usually a stronger pair), mating possibilities, etc.

When facing a minor piece exchanges you should stop for a moment and think carefully about what piece to keep. You should not only take into account the current position on the board, but also types of positions that may arise in future.

A well calculated sacrifice is what beautiful chess combinations are all about. But, nothing can be more embarrassing and painful as a miscalculated sacrifice. Just imaging you have sacrificed a queen hoping for a mate in 3, but missed one of the opponent’s replies and now it’s time to resign.

A rule to remember is that you should only sacrifice a piece if you 100% sure that that will lead to a win/draw. There are exceptions to this rule, however, which masters tend to exploit. The masters have something called ‘well developed chess intuition’ which helps to make the right decision without the need to calculate all possibilities. 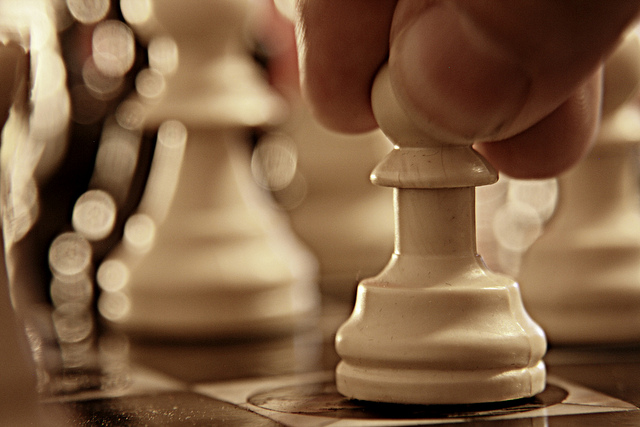 When sacrificing a piece it a good time to stop for a moment and evaluate all the possibilities. Calculate 3 times before the sacrifice. When that rule is broken this happens.

8. Open or close the game

Decision to open or close the position is a rather important one in the game. Masters evaluate that from the perspective of ‘having an advantage’. If they think that the pieces they have are more favorable for one sort of position they will try to achieve that position.

For example the knights are much more useful in closed positions, while bishops are better with a lot of open space. Other examples of master’s decision making can be possibilities and preparation of their opponents for an attack. If an opponent lined up the rooks and a queen on a file it’s definitely a good idea to close it if possible.

When deciding whether to open or close the position, it is a good idea to check your material and positional possibilities for both outcomes. Then, you should evaluate which works the best for you and go for it.

A master can start to centralize the King even before an ‘official’ start of the endgame. Then he may force the exchanges and get an upper hand.

Learn to judge correctly when it is a good time to centralize the king. A simple rule of thumb is when the queens are off the board, and there are only a couple pieces active, a King becomes a powerful weapon. Use it to your advantage!

A master, indeed, knows better when to resign and when not too. That way, he can save his time and energy by resigning in a totally hopeless position. Also, he may save himself a game or two, by not resigning in certain situations. 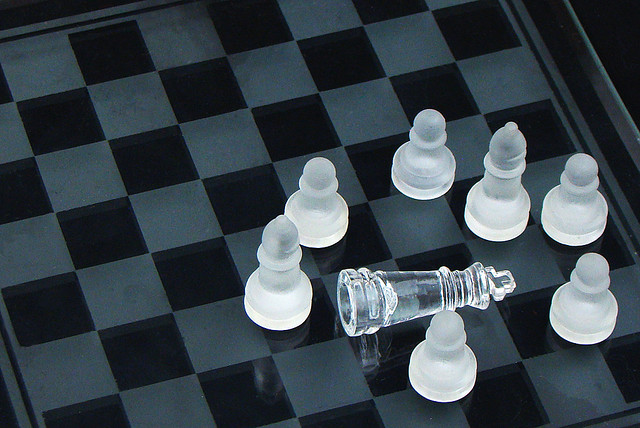 A rule of thumb is, unless you’re not 500% sure that the game is lost, think again and keep on playing. If you’re 500% sure, play a few more moves and only then resign.

It is a great article! Thanks!