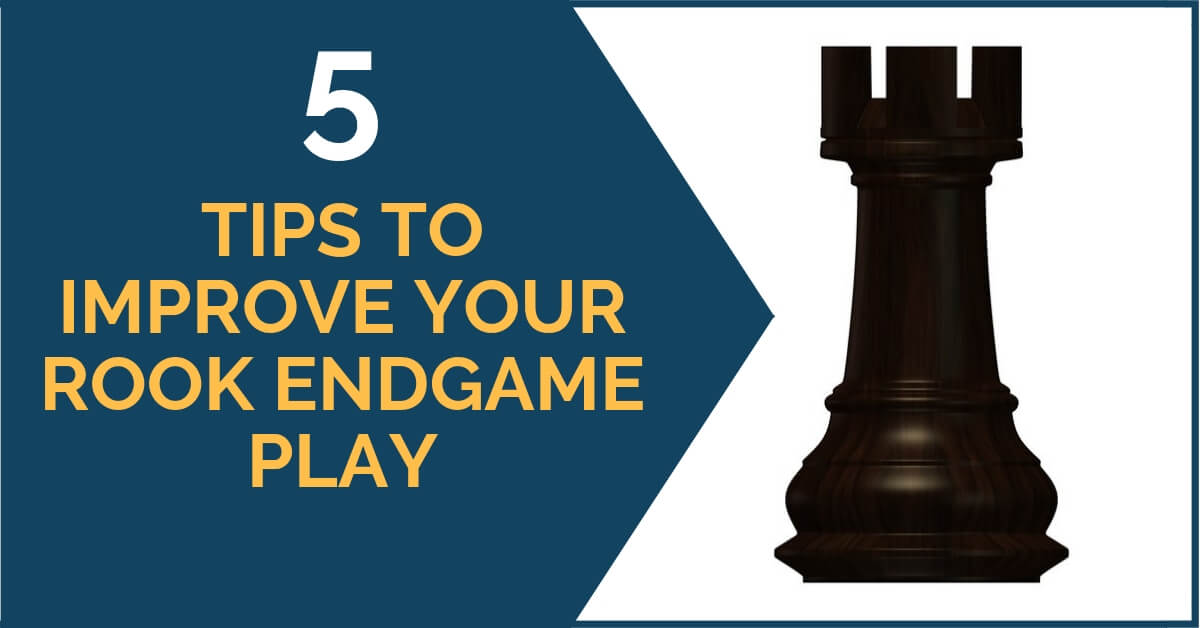 Rook Endgames are a complicated category, even for the most experienced players. They are tricky and It is easy to go wrong, especially under the pressure of a game. A well-known saying among chess players is that all rook endgames are drawn, which indicates the complexity of these endgames, but even when it comes to drawing a drawn position, things are not that easy to achieve.  However, don’t discourage yourself. This is not something you see at the club level only. But, strong players have faltered many times as well. You have to add the study of rook endgames to your daily routine and keep practicing as much as possible.

While studying and knowing the theoretical rook endgames is very important, as it can definitely save the day more than once, it is not the only thing you should study when you think “rook endgames”. There are positions that are much more complex and need calculation, but seeing a lot of games and understanding the general ideas can help you a lot in the process of improving your endgame play. In this article, we are going to present you with some guidelines that you can follow when faced with a difficult rook endgame.

However, they are far from being carved-in-stone rules. And, it all depends on the particular position you have on the board. They are themes that we come across often and you can use them as guiding principles for finding the best moves in your games.

1. Rook Endgames: The activity of the pieces is key

In rook endgames, whoever has the initiative has the upper hand and can keep pressing for increasing the advantage and why not, a win. An active king combined with an active rook can be more powerful than a pawn and that’s why you will find many examples where one side sacrifices material for achieving great activity.

Also, if you are on the defending side, keep in mind that passive defense is most of the time doomed to failure. The best chance to keep the balance is usually to look for active moves and ideas. For example, look for ways to improve your rook and start making your opponent’s life difficult by attacking his pawns or creating strong threats.

2. Place the rook behind the passed pawn

The second best position for the rook to defend a passed pawn is from the lateral. You will see many endgames where placing the look on the lateral is very useful. It is like that since it can defend more than one weakness. It can give the king some freedom to move as well.

4. Give the checks from the back

Most of the time, the defense of a difficult rook endgame is based on giving checks to the rival king from behind.

Remember this idea; it may be useful next time you find yourself in such a position. That means when in doubt about where to place the rook, consider the option of placing it as far as possible in order to have the option of checks.

When you have to defend a rook endgame, do your best not to stay passive. Look for counterplay by creating a passed pawn or weaknesses in your opponent’s camp; it’s important that you have a target of attack and a clear active idea.

If you are the one who has the upper hand, try to limit your opponent’s active ideas. And, give as few chances as possible.