Activity in the Endgame 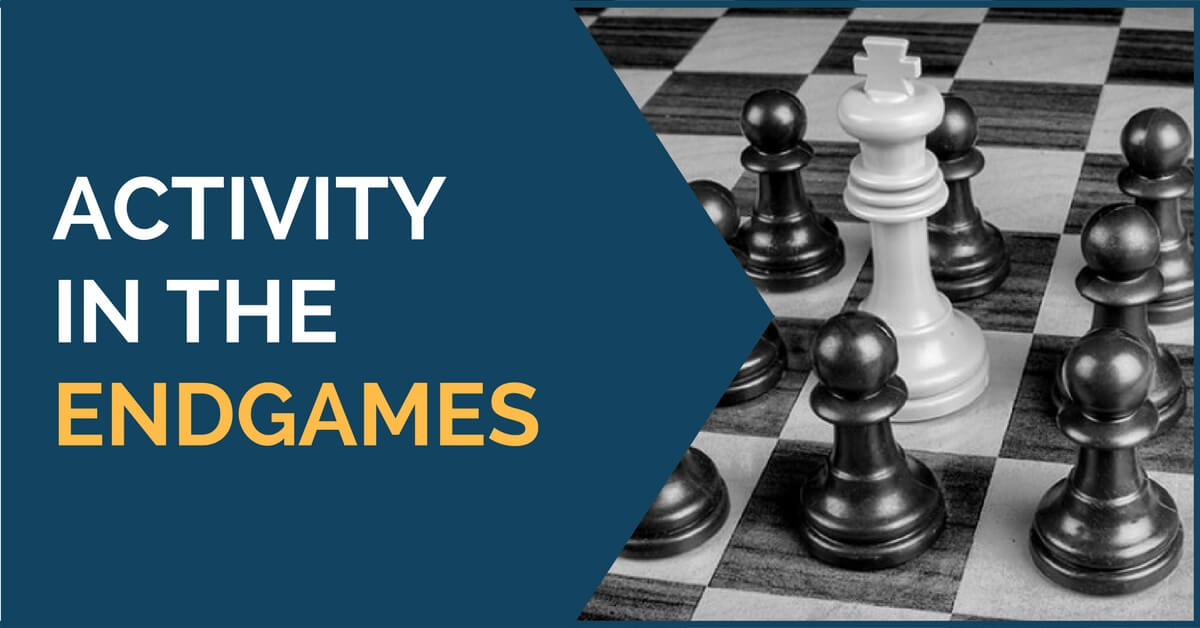 Endgames Activity plays an important role in the endgames as you have probably heard before. We have many times emphasized the importance of creating a varied training schedule. Nowadays most of the players invest a lot of time into studying and learning openings. But, you should not forget about middlegame and endgame.

The opening is certainly an important part of the game. But, in order to really understand chess and improve your strength, you must see a lot of classical games. Also, you should solve many exercises, for developing both tactical and strategic vision.

When studying endgames it is important to see and know the theoretical ones. Since those are positions you must have in mind in order to know what to strive for. Also, to know what to avoid in a specific position. However, most of the endgames that are reached in a game are more complex. And, we usually have to find the right path to achieving the desired result.

Every position has its characteristics and it’s difficult to find a universal recipe that can be applied to all of them. However, there are a few guidelines that we can follow. Also, we can try to apply for the positions that arise over the board.

Whether we are talking about simple endgames or complex ones, the more active part always keeps an edge and has more chances to fight for a win. For example, it is common knowledge that the king becomes a strong piece in the endgame. Also, you should bring the king towards the center. Just imagine the importance of an active king in pawns or light pieces endgame [here is the full course covering the winning endgame strategies].

This article is dedicated to endgames and the importance of being active above everything. The initiative is something that should be sought at every moment throughout the game, sometimes even at the cost of the material.

In the first example, we will see a light pieces endgame where white’s more active knights and later on, king are decisive. The starting position is roughly equal, but Black’s pieces lack coordination. Petrosian, with the white pieces, takes advantage of this by quickly improving his own and starting to gain space in the center while pushing the black knights back.

It is a very good strategic game; white creates weaknesses in black’s structure and finally cashes in by activating the king and winning the weak pawns.

The second game shows the importance of initiative over the material. We chose to start showing the game between Mikhail Tal and Boris Spassky played in the Candidates final in 1965 from an equal position where white has the better structure, but Black’s pieces are slightly more active. This is the main theme throughout the whole game; white attacks black’s weaknesses but black, instead of staying passive and defending his pawns, strive for keeping the initiative.

We can see some basic elements in endgames here – rook behind the passed pawn and overall piece activity in spite of the material loss. A very instructive game between two legends of our game.

As our last example, we chose a more recent game, between two top players of our times – Teimour Radjabov with the white pieces versus the reigning World Champion Magnus Carlsen. Again, the position we decided to start from is equal, but as you have probably noticed by now, it is always easier to play an equal position with the slightly more active side.

Here, black has obtained a very good endgame and has white on the ropes. He plays a risk-free position, with no hurry, while his opponent has to cope with an uncomfortable position. Even if with correct play such positions are probably possible to hold, the psychological factor plays an important part as well. It’s never easy to find the best moves when on the weaker side.

And, as you probably already know, Magnus Carlsen loves to play this type of position. Check out his very instructive win below: