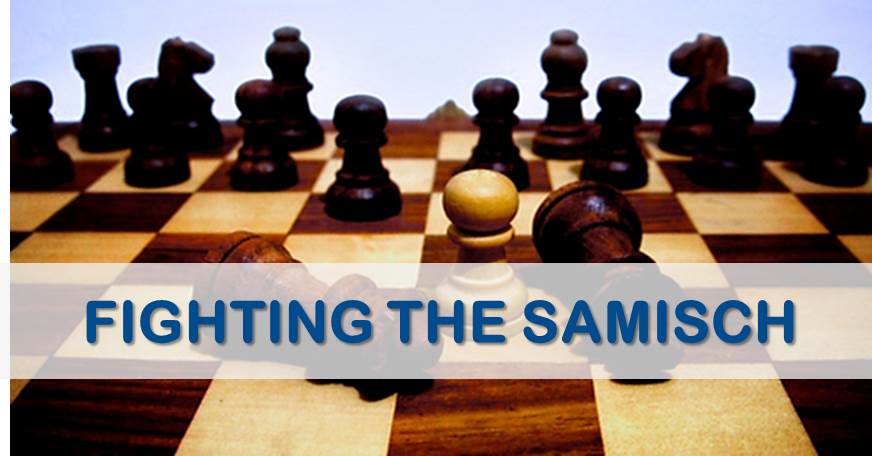 Samisch variation, named after the German master Friedrich Samisch, is among the most popular replies against the King’s Indian. Usually, the second player has two important ideas in this opening.

One is to attack the center and put pressure on the square d4 and on the pawn on e4 and the other one is to launch an attack against white’s short castle.

By playing 5.f3, white wants to stop black’s plans, so he first solidifies the center by overprotecting it. Afterward, he can develop his pieces behind this pawn “wall”, a long castle, and start an attack against the black king. 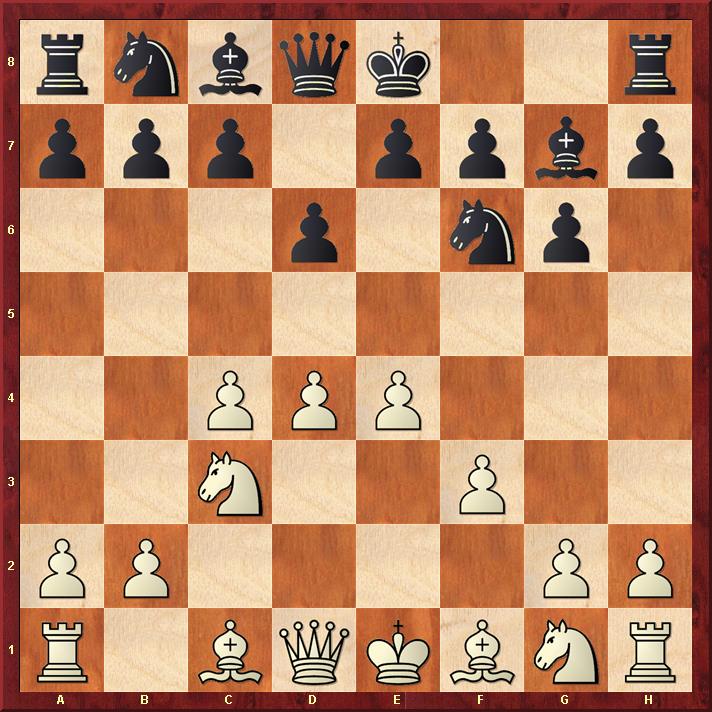 However, there is one drawback of this system that black usually tries to exploit: white is putting his development on hold for a few moves. Besides this, by pushing f3, he takes away the most natural development square for the knight on g1.

Black has a few good options against this set-up. One of the most aggressive and straightforward is to short castle and play c5. With this pawn sacrifice, he tries to exploit the absence of the knight on f3 and challenge the d4 pawn, but at the same time wants to open the position and prove that the lead in development is important. Although this line is fine for black, the game usually gets very sharp, which means that you can’t afford forgetting your home preparation.

In this article, we are going to present you with a different plan, where black looks to counterattack on the queen-side by playing …c6 and …a6, which prepare the break …b5. 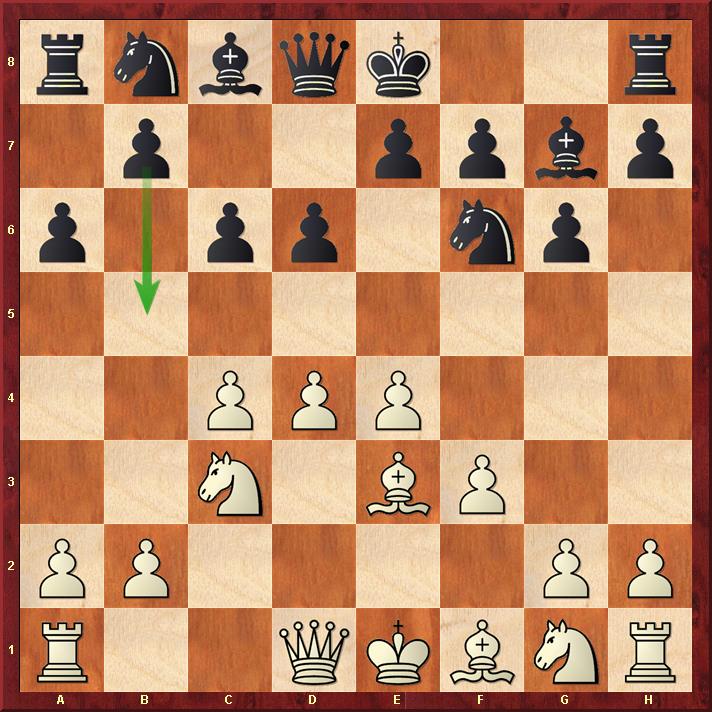 This usually discourages white from castling the queenside, as he would have too many files open against his king. Next, we are going to analyze a few of white’s most popular answers in this position and show you the ideas black can use in each case.

This move is an automatic response that prevents black’s idea of …b5. However, it weakens white’s structure too much and you should immediately exploit this by playing 7…a5! Black loses a tempo, but in this case, this is not so important. In exchange, you have gained the square b4 for the knight on b8 (Nb8-a6-b4) and you have ruined white’s idea of starting an attack on the king-side. Black’s usual plan in this position is to play Nfd7 and e5, gaining the c5 square as well.

In this case, black should continue as planned with 7…0-0 followed by b5. After this move, white should make a choice between taking on d6 or on b6. If he decides to play the first capture, then black will be the first to attack and he can do so by creating threats along the e-file. If white captures on b6, then black’s plan is to continue with Nbd7-b6 and attack on the queen-side. Otherwise, once the pawn is on b5, black can capture on c5 himself and use the space advantage he has in the center and queen-side.

This is probably the most normal continuation for white. However, if he doesn’t try to stop b5, black should always play it and then, after 0-0 and Nbd7, prepare another central break such as e5 or even c5. Another idea to keep in mind is capturing on c4 in order to create pressure along the b-file.

We hope that the ideas presented in this article will serve you in your future games against the Samisch. Providing you are looking for a long, strategical fight, this set-up gives black good play and plenty of chances to play for the win.