Attacking the center in the Grunfeld Defense 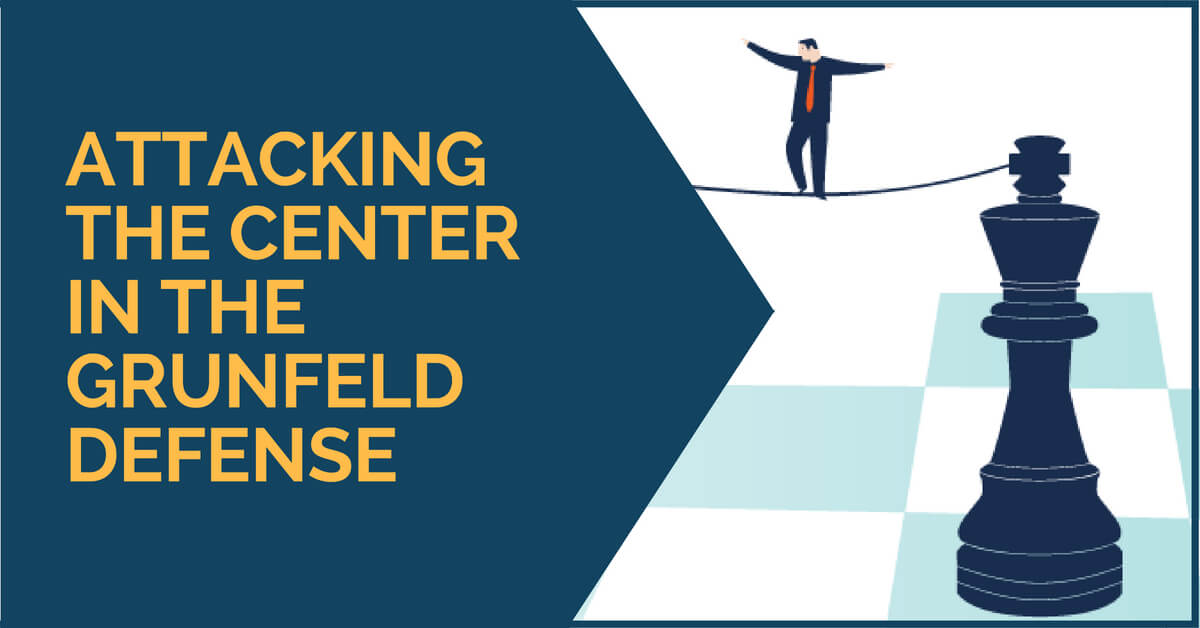 Grunfeld Defense is one of the most popular defenses against 1.d4 nowadays and it has been quite a pain for white since the last decade. Without a real path to an advantage, the legion of 1.d4 players has been constantly switching from one line to another, playing the surprise factor card. Throughout the history of modern chess, the greatest players have contributed massively to the development of this resourceful variation.

Among the most notable players with the exception of the chess God, the great Garry Kasparov, whose contribution to the Grunfeld is beyond parameters, we have to mention names like Josef Pryibyl, and Vlastimil Jansa, Lubomir Ftacnik, Emil Sutovksy, and Peter Svidler. These are great players of different generations who have defended the Grunfeld hundreds of times.

In the Grunfeld, black allows white to obtain a pawn center with the aim of creating pressure and attacking it afterward. The positions are almost never closed and there are plenty of choices for both sides; it is almost impossible to stick to one and only continuation. The positions are very rich and, with the structure being flexible, they can go easily through several transformations.

In this article, we will visit some interesting positions showing how black plays in order to put pressure on white’s center. 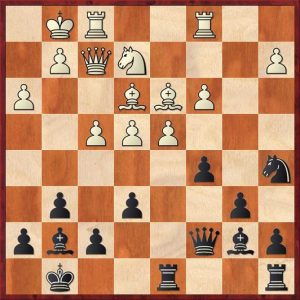 White’s center looks strong. However, Grunfeld players would love to be in black’s position here and be able to execute the thematic counter f5! This move provokes the weakening of key central squares that black can later use for his pieces. Not just that, it also puts an end to white’s hopes for an attack on the kingside.

The same strike can also be appreciated in the game between Boris Spassky and Bobby Fischer, where the American correctly played the same move in the following position: 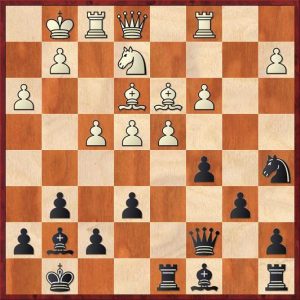 The idea of undermining White’s center with c5 and f5 is typical in many positions of the Grunfeld middlegames. The next example is particularly instructive. Black comes from a visually passive position and suddenly generates good counterplay. 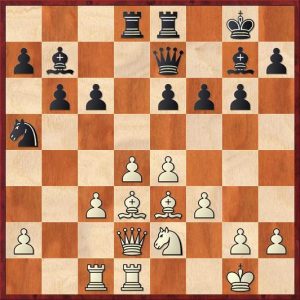 The position in the diagram is about equal. However, in such positions, one must think about the potential to improve one’s pieces. A young Kasparov showed the right path for black. And, with a series of consecutive pawn thrusts against white’s center, which allowed him to take over the initiative and eventually win the game. Take a look here:

The strategy to attack white’s center, by all means, is black’s main source of counter-play. While in many positions the most common pressure comes from the queenside, when playing the Grunfeld one must not forget about the f7-f5 possibility as shown in the previous examples. It proves to be quite effective in destroying white’s central pawns.

The following position is highly instructive. 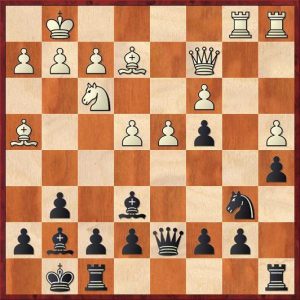 This is a typical scenario in the Grunfeld variation of 4.Bg5. White sacrifices a pawn and places his hopes in his strong center and opens files on the queenside. Meanwhile, black seems to be less dynamic. Meskovs just played 14.e4 and Rodshtein saw an opportunity to seize the initiative by means of the well-known f5! thrust.

White is forced to surrender squares in the center which gives black active play for his pieces.

In conclusion, the Grunfeld is perhaps the main weapon for dynamic players against 1.d4. It is very rich in ideas, pawn structures, and typical plans.

The downside is the incredible amount of theory to be learned, so our recommendation is that you start by learning the ideas such as the typical ways to play against white’s center before memorizing variations.

Looking for more on this topic? We also recommend reviewing The Quick Guide and 10 Reasons to Play This Opening.

We hope you found this article useful. And, you will be able to successfully use the ideas presented above in your games!