The Keres Variation Against the Sicilian Defense 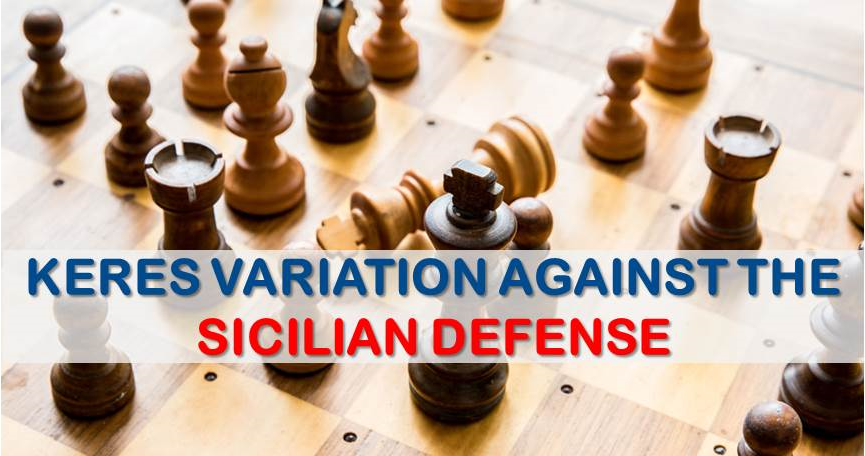 Keres Variation Against Sicilian Defense: Paul Keres was a legendary Grandmaster from Estonia. He was one of the strongest players in the world when he was in his prime. Keres had several chances to become a world champion, but for some strange reason, he couldn’t achieve the highest chess title. His name then became associated with the nickname “The eternal second”.

Keres not only won many strong tournaments in Europe, but he also defeated no less than 9 absolute world champions in his career which makes him the strongest player to never become a world champion. Keres’ style of play was aggressive; he was the kind of player who was seeking the initiative from very early in the game. His most known contribution to openings theory is the world-famous “Keres Attack” against the Scheveningen. Looking through his games, we can see he liked to play 2.Ne2 against the Sicilian defense. He played this way many times and therefore the line is known as the Keres variation. 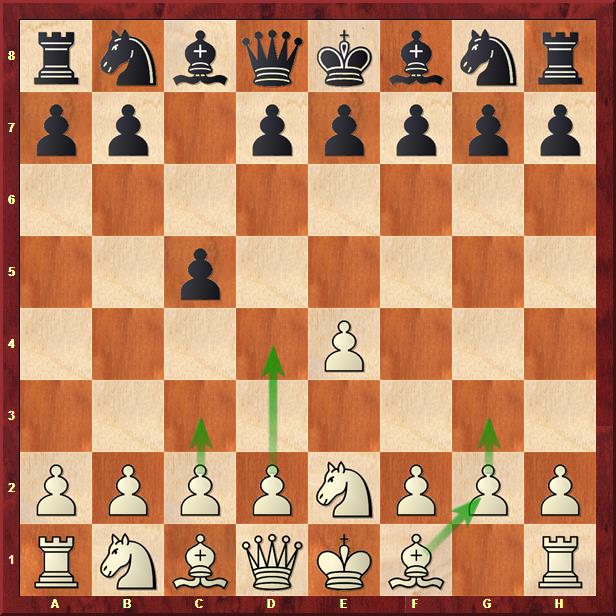 This move has a little poison in it, especially for Najdorf players. Before we get to explain why, we must say that if black answers with 2…Nc6 or 2…e6 Keres’ move would be 3.d4, transposing to the main lines of the Sicilian. Black can also play 2…Nf6. In this case, white’s reply would be 3.Nbc3 followed by 4.d4 or 4.g3.

The latter goes to a closed variation in which black has committed his knight to f6 and cannot play the standard setups with Nge7. Still, after 2…Nf6 3.Nbc3 if black insists on refuting white’s development by means of 3…d5 Keres had ideas of his own and he found out that the endgame arising from 4.exd5 Nxd5 5.Nxd5 Qxd5 6.d4 was highly difficult for black to defend, an endgame that we’ll look at later in the games section of the article.

So what’s special about 2.Ne2? The idea Keres had was strictly directed to players who would choose 2…d6. Then, instead of playing 3.d4 and transposing to the main Sicilian path, white plays 3.g3! followed by Bg2, c3, and eventually d4. An original setup for white with the aim of gaining space in the center and in which black has to play carefully to stay in the game. Many other strong players such as Smyslov, Capablanca, and Bronstein played this variation.

Nowadays many Grandmasters above 2600 rating such as Morozevich, Bruzon, Galkin, or Baklan have played it but it seems like Spain’s top player Francisco Vallejo Pons is the main specialist. Our readers can check out his games in order to study the variation deeper.

Let’s have a look now at the games. We have selected two games of Keres and another more recent example to illustrate the developments of this interesting line.

This is an endgame that can occur if black plays 2…Nf6 followed by 3…d5. Keres discovered that white had a lasting advantage in the position arising after the massive exchange in the center with 4.exd5 Nxd5 5.Nxd5 Qxd5 6.d4 cd4 7.Qxd4 Qxd4 8.Nxd4. At first sight, it may look as if black has eased the pressure but actually, it isn’t simple for black. See why here:

Many players, when facing the fianchetto, think that white is heading to a “boring Closed Sicilian”, but no! White plays c3-d4 and, if black allows it, then d5 with a considerable space advantage. Have a look at the following game:

We have a look at a game played between Alexei Fedorov and Robert Kempinski two years ago. The game shows an interesting battle in which black never fully equalized due to the lack of space for his pieces.

In conclusion, we can say that Keres’ seemingly modest approach can turn out to be deadly against an unprepared opponent. It’s very easy to learn and it doesn’t affect your general mainline repertoire as white can always play 3.d4 to the rest of the moves instead of 2…d6.