Rook Endgames: 3 vs. 2 on the Same Flank 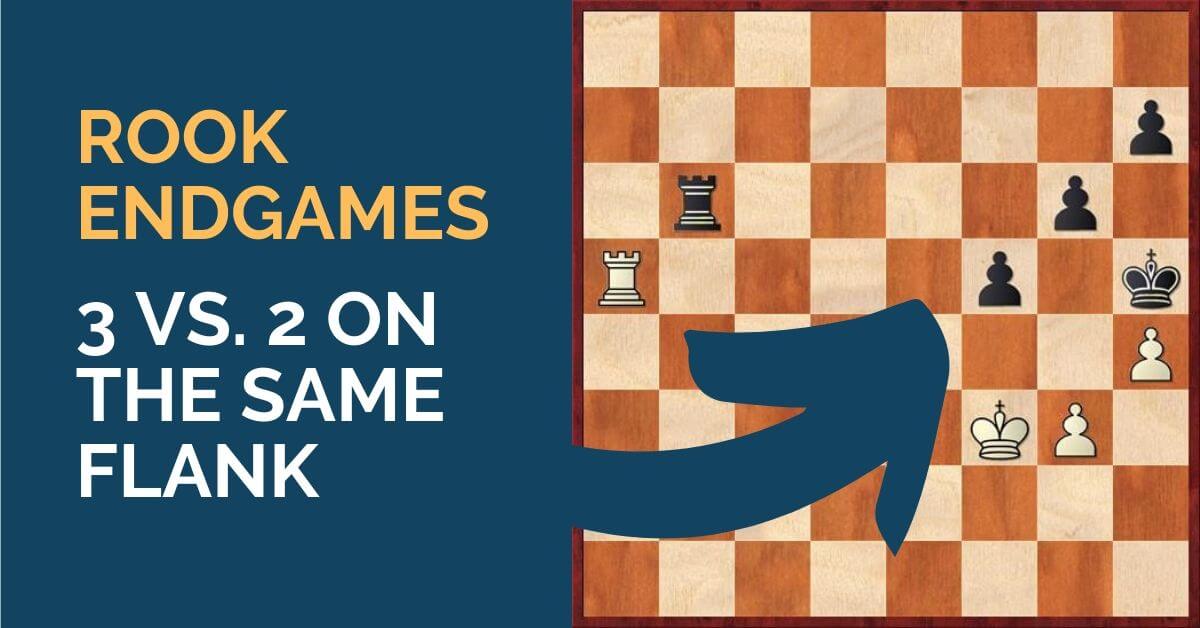 We live in the days where openings are the most studied part of the game and it is almost impossible to win a game out of the opening anymore. Everybody knows the tricks and almost every player, no matter the level, is able to blitz you out 20 moves of recent theory.

The difference in strength between two players is rarely made in this phase of the game anymore, but it does show when it comes to middlegames and endgames.

This is where the real chess understanding plays a decisive part and the strongest player will most of the time prevail. Because of this, we advise all of our readers who want to improve their play to switch their attention from studying openings most of their time to learning the basic middlegame motifs and important endgames.

Apart from the reason exposed above, we can give you at least another convincing argument to start learning endgames – after a long game against a strong player you reach an endgame that you know to be theoretically drawn, but one that you have never really studied. Just like it happens with many other endgames, you just know it should be a draw.

The drawing technique shouldn’t be too complicated either, but you are already tired after a long game and you can fail to find the best moves over the board if you haven’t seen or studied it before. On top of this, imagine you are low on time. This makes things even worse; if you knew the technique already, you would be able to almost blitz out the moves and only briefly double-check them.

A while ago we have discussed the rook endgames with 4 pawns against 3 on the same flank, which should be a draw with correct play. With 3 versus 2 things should be even easier, since the defending side has managed to swap some material and be a step closer to achieving the draw.

However, good technique is still required, as it is still possible to lose this endgame, as we have recently seen in the tie-breaks between Nikita Vitiugov and Yu Yangyi for a spot in the FIDE World Cup’s semifinals. Also recently, endgame virtuoso Magnus Carlsen won this endgame in a blitz game against the Argentinian Grandmaster Alan Pichot.

But let’s begin with the defensive method. How should the weak side play in order to achieve a draw?

This game shows it clearly: 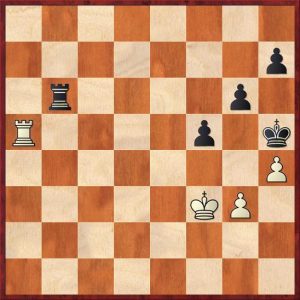 The first thing to remember is that the ideal squares for your pawn are like in the diagram above – on g3 (g6) and h4 (h5).

However, even if you don’t achieve this, you shouldn’t desperate. The endgame is still drawn and we will discuss this situation in another article. The next idea to keep in mind is that you should prevent the opponent’s king from invading whenever he threatens to do that. In the diagrammed position white continued with 41. Ra4, cutting the black king.

If he wants to make progress, black has to kick the rook from the 4th rank by bringing his own rook to e4. In this case, the defense involves attacking the g and h pawns: 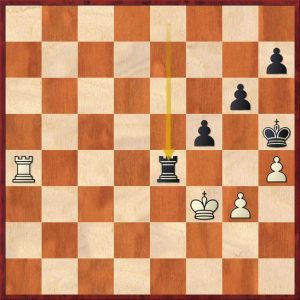 The game continued with 47. Ra7 – h6 48. Ra6! And black will have to eventually trade more pawns by advancing g6-g5 if he wants to make more progress.

When this happens it is important to remember that the rook should stay on the a-file and be prepared to meet the advance of the king (…Kg4, in our case) with Ra4+, pushing it backward. 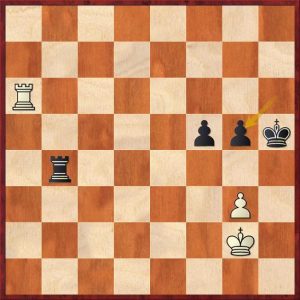 What you shouldn’t do is attack the pawns from behind; the rook has to stay on the lateral. Alan Pichot continued here with 1.Rf6?

Against Magnus Carlsen, move that allows Black to play 1…Kg4 and win the g3 pawn. The right continuation was to keep the rook on the a-file, for example 1. Ra8 – Kg4 (threatening 2…Ra2+) so 2. Ra2 is forced and when 2…Rb3 white can continue with 3. Ra4 and the king must go back.

You can see both games mentioned above with further analysis here:

When you are up by a Queen and a Rook, or even by two Queens (or more!), one must wonder if your opponent (who could give up and show a bit of respect) is bullheaded or simply enjoys suffering and/or pain. Whatever his reasons for continuing might be, you are the one who must now demonstrate how easy it is to score the victory.