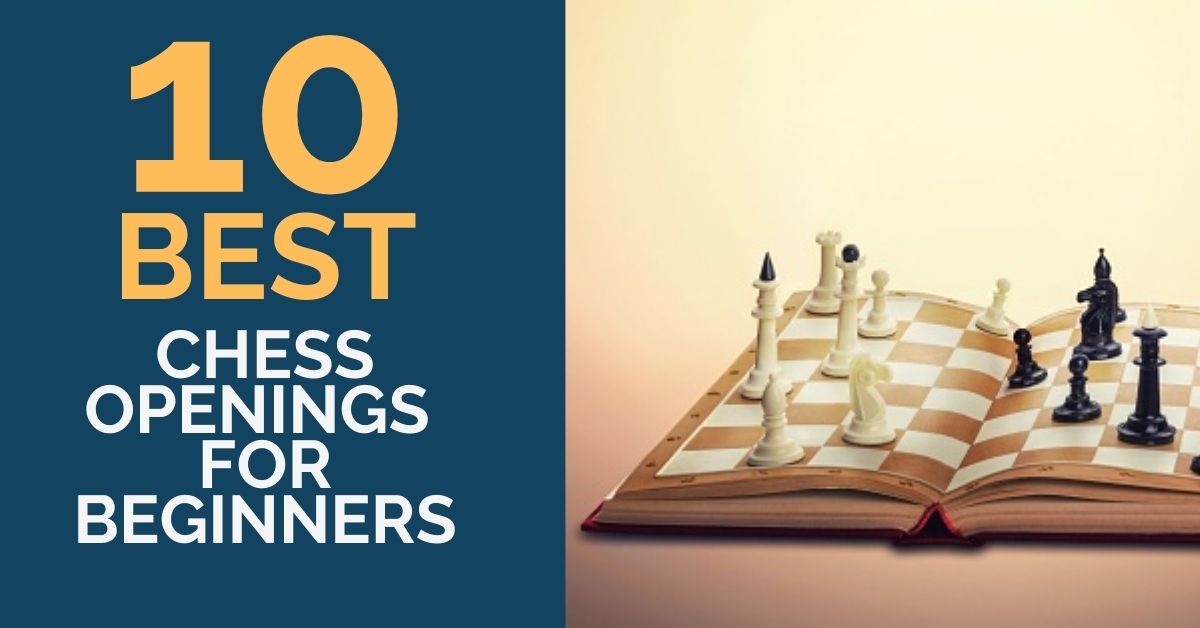 Openings: When you only start playing chess, it is enough to know only basic opening principles such as controlling the center, developing your pieces, castling early, and so on. After some learning and practicing, you will reach the point where you will start studying opening theory. It will familiarize you with typical plans and ideas, different pawn formations, and overall, make playing chess more interesting. Knowing a lot of openings is as good as having a lot of clothes in your wardrobe: you get a choice of what to wear (or play) depending on the situation. The same with the quality: some openings are solid and good and can serve you for a long time, while others may go out of order after a few games already.

Of course, both approaches have their pros and cons. Overall, it is better to try out different things to find out what suits you better.

So here are the 10 best chess openings for beginners: the first 5 are for White and the last 5 are for Black.

This is perhaps the most recommended and fashionable opening in the last years. The reason is that it is very easy to play and learn: you can develop your pieces to the same squares almost no matter what your opponent does.

White gets a clear plan and a very safe position.

In the diagram, you can see the way White usually develops the pieces in the London system.

All that will bring you great results initially, but there is a huge drawback of this approach. It is not a principled opening; you don’t fight for the initiative here and you get used to the simplicity of it. At some point, you get bored with playing the same stuff repeatedly. Also, you won’t get many different positions and pawn structures to practice. This will make your chess understanding quite poor and narrow and will slow down your development drastically.

In general, this is a decent opening, but it should never be the only system you play. Be more versatile!

Traditionally 1.e4 is considered being the best move for those who start learning chess. It leads to open positions and therefore allows players to unleash their tactical power. Against 1…e5, I would recommend starting with the Danish Gambit. This is a very aggressive opening, where White sacrifices two pawns for activity and quick development. 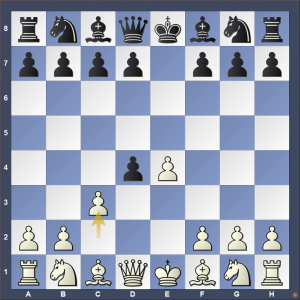 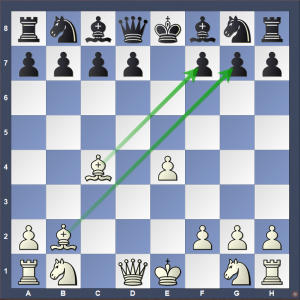 Better development, aggressive piece placement, and open position promise an exciting fight. With this opening, you’ll get attacking prospects and learn that the activity of pieces is more important than the material.

Stronger opponents will know how to play against Danish Gambit, so at some point, you will have to find another weapon. But with this one, you will learn important concepts that you will need in the future.

This is definitely one of the best openings for beginners. It leads to sharp and interesting positions, teaches you how to seize the initiative, and overall, is richer and sounder than the Danish Gambit. This opening is playable even at the grandmaster level, which is quite great. 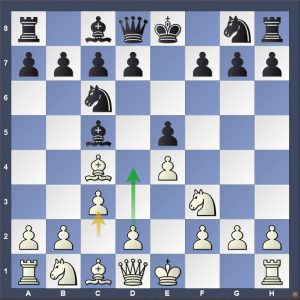 White develops the kingside minor pieces to the most active positions and gets ready to take over the center with the d2-d4 pawn push.

Black has to be cautious and precise to avoid getting into a bad position immediately.

The Sicilian is a popular opening at any level, so we’re likely to meet it often. As a weapon against it, I would suggest the Smith-Morra Gambit. The idea is similar to the Danish Gambit: White sacrifices a pawn to get better development and open files for the pieces. It starts with 1.e4 c5 2.d4 cxd4 3.c3, when after 3…dxc3 4.Nc3, the next position appears: 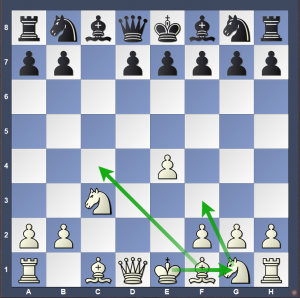 White’s pieces are ready to enter the game and put pressure on the enemy position. Black has to be careful not to fall into many traps and tactical ideas here.

Queen’s Gambit is one of the most classical ways to start the game and is also a good chess opening for beginners. It starts with 1.d4 d5 2.c4: 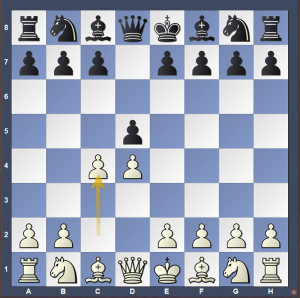 Even though it is called a ‘gambit’, it mostly leads to positional and strategic battles. Here you can learn about planning, maneuvering, improving the placement of your pieces, and many other important concepts.

The Queen’s Gambit has been played by all the World Champions and so, you can understand the ideas of it by learning from the very best players. 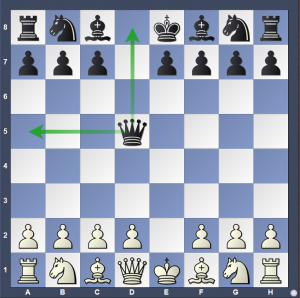 A good thing about the Scandinavian is that it is a low-theory opening, which also gives Black to choose between the aggressive or the solid setups. In the first case, the queen goes to a5, in the latter case it can go even back to d8. After that, Black can complete the development with no problems and get a good position.

White has some subtle ways to get an upper hand here, but overall it is very much playable for Black even at the highest level, while at the beginner level it will take your opponents out of the comfort zone immediately.

This is the most logical and simple first move. Also, it is the most popular way of opening the game at the beginner level. Here you have to be ready to meet different gambits, but learning how to deal with them is highly important as well. If White develops calmly, Black can place their pieces conveniently.

The next position is one of the most popular ones at the beginner level: 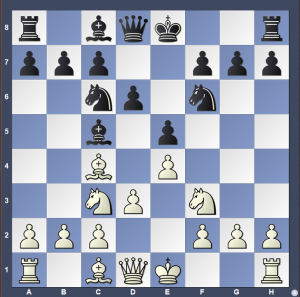 Black can stick to this scheme of development against most of the openings that White can choose after 1.e4 e5.

This is definitely one of the best openings for beginners. With the French, you will learn about space advantage, pawn chains, maneuvering in closed positions, bad and good pieces, outposts, and so on. It starts after 1.e4 e6 when White can occupy the center with the second pawn, but Black immediately breaks in the center with 2…d5. 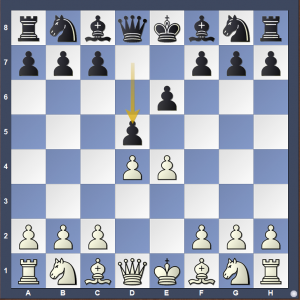 The typical French pawn structure arises when White eventually closes the position by pushing the pawn forward from e4 to e5. After that, the center gets closed and both sides start playing on the flanks. This is a common scenario in chess, and by studying the French Defense, you can understand what to do in such situations.

The Sicilian Defense is extremely popular and fun at any level. It is also one of the best chess openings for beginners. Yes, it is heavily theoretical, but you won’t likely see any of the long forced variations from the grandmaster practice at the beginner level. What will matter here is the initiative and the activity of the pieces.

There are many good Sicilian lines, such as the Najdorf, the Scheveningen, or the Classical variation that you could successfully use at the beginner level.

But I think that the easiest one to play is the Dragon. 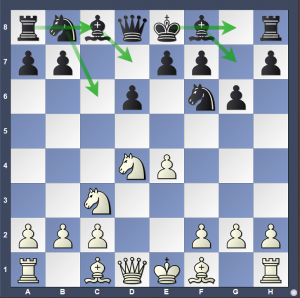 Here Black gets a powerful bishop on g7 that together with the rook on the c-file will help to organize an active play on the queenside. The Dragon leads to sharp and exciting positions full of tactical possibilities.

I would recommend meeting 1.d4 as Black with the Queen’s Gambit Declined. In the next diagram, you can see how Black can develop their pieces. 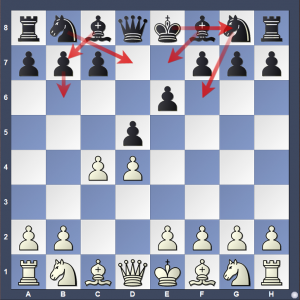 This way you complete the development and get all of your pieces into the game. Apart from that, learning the Queen’s Gambit positions from the Black’s point of view is going to be beneficial for your further improvement.

We briefly examined the 10 best chess openings for beginners: some of them are easy to play, while the others would require a deeper look.

To decide which opening is better to play is more like a matter of taste, but try not to spend much time on choosing. Instead of that, try to learn as much as possible and don’t be afraid of trying new things.