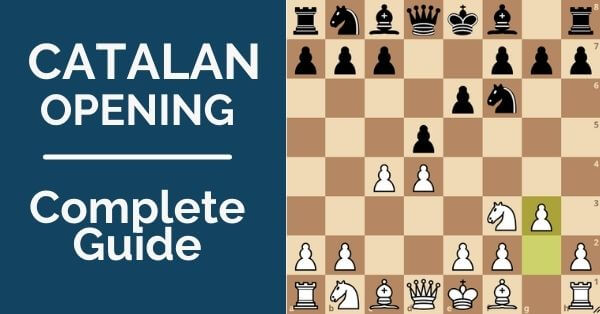 The Catalan Opening has been one of the most fashionable systems in recent years. White fianchettos the light-squared bishop and gains space on the queenside and the center with the pawns. This strategy puts Black under serious pressure and often leads to a risk-free advantage for White. Magnus Carlsen made the Catalan his main weapon for the World Championship match against Ian Nepomniachtchi. Later he also successfully used it in the Tata Steel 2022.

Almost every elite player has this opening in their repertoire; the most notable experts are Vladimir Kramnik, Ding Liren, Anish Giri, Boris Gelfand, and Daniil Dubov. [We have previously given our 5 Reasons to Play the Catalan, you can see all five here]. 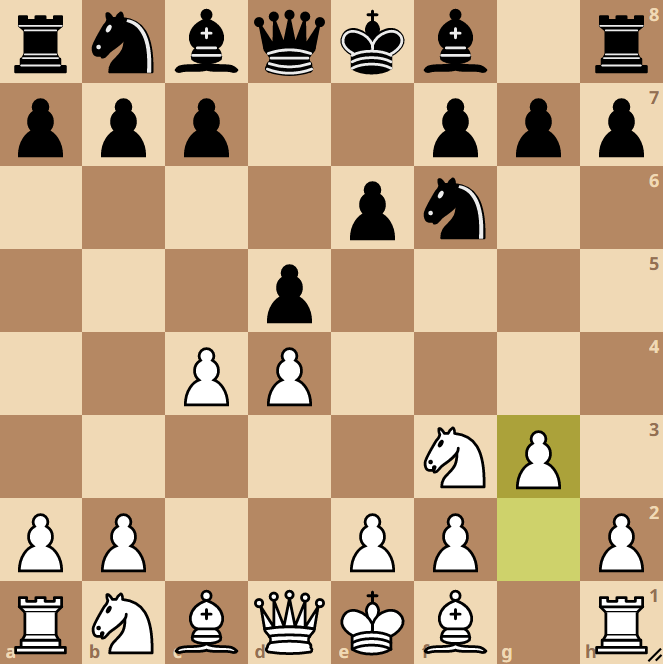 White doesn’t aim for a quick assault in this opening. Instead, they slowly build a strong position and exert long-term pressure on Black.

Often the evaluation of the arising positions depends on the strength of the light-squared bishop. Black needs to neutralize this piece to be able to finish the development of the queenside and equalize the game. 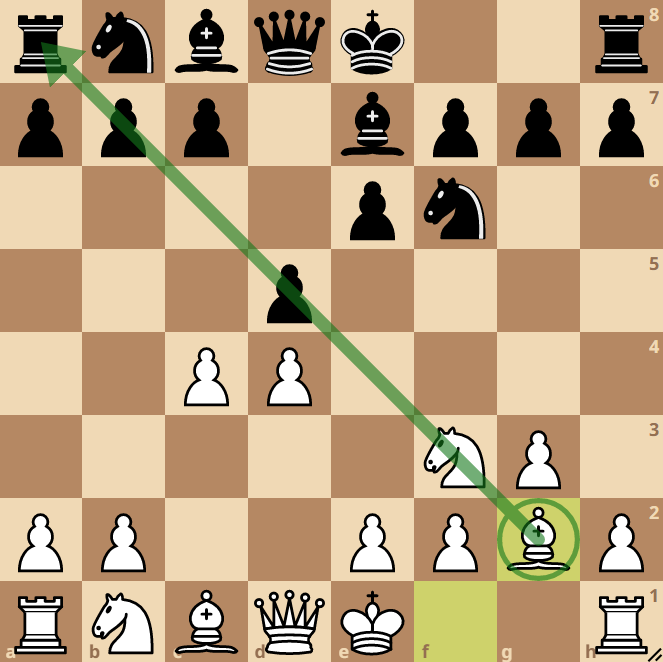 Let’s examine Black’s main tries against the Catalan Opening and see how White can deal with each of them.

Black builds a wall in the center to block White’s bishop.

One of the most popular Black’s strategies is to support the center with …c6, hoping to restrict White’s g2-bishop. Later Black can fianchetto their light-squared bishop and open up the center when everything is ready for that.

White can calmly fianchetto their dark-squared bishop too, but the most popular strategy is to break in the center with e2-e4 until Black is ready for that. To prepare the pawn push, White usually plays Qc2 and Nbd2. 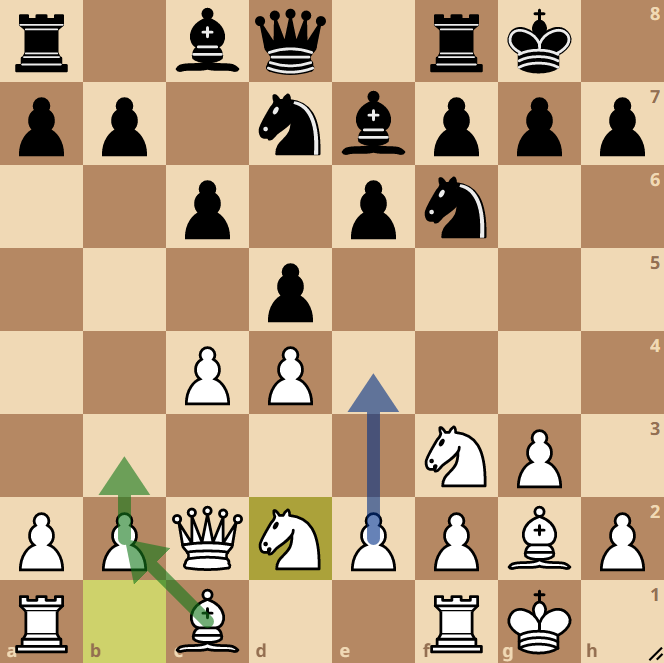 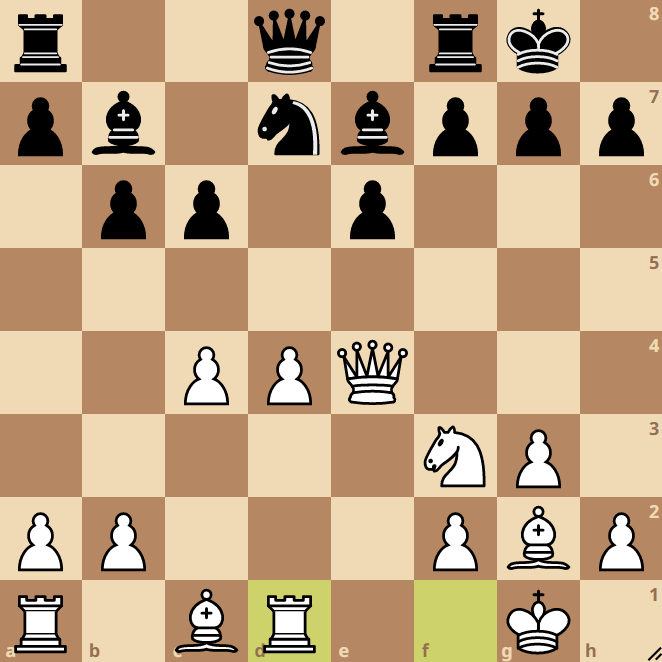 For Black, it is hard to free the b7-bishop with the …c6-c5 pawn break. White has more space and active pieces. Black made a mistake by playing 9…dxe4, but the move looks natural and, according to the database, this is what people do the most at the club level! Better options are 9…Bb7 or 9…dxc4.

You can see an example of White’s play in the case of 9…Bb7 in the viewer below.

If you want to learn more ways to win with Catalan Opening please see this article on Dominating Weaknesses.

Black can also try to be trickier and change their setup a little. One of the most interesting ideas for them is to play 4…Bb4+. 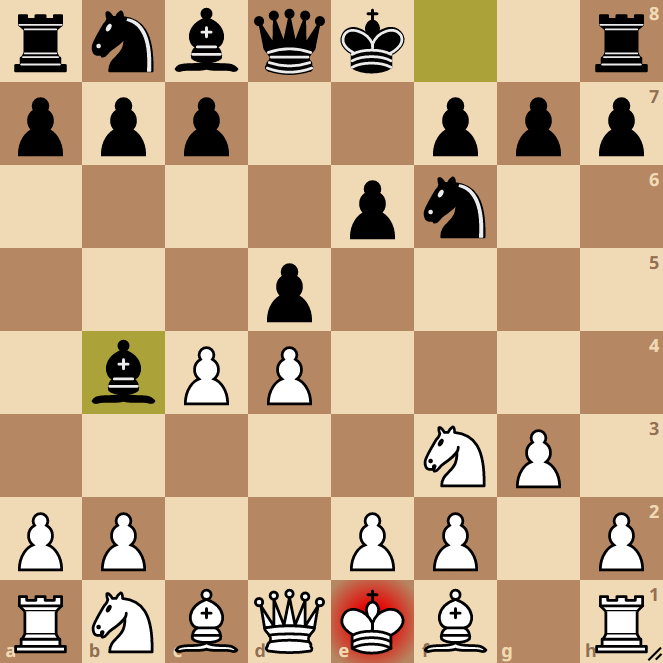 If White goes 5.Nbd2, Black can grab the pawn on c4, hoping to get a favorable version of the positions we will discuss below. But if White blocks with 5.Bd2, Black’s main reply is 5…Be7! 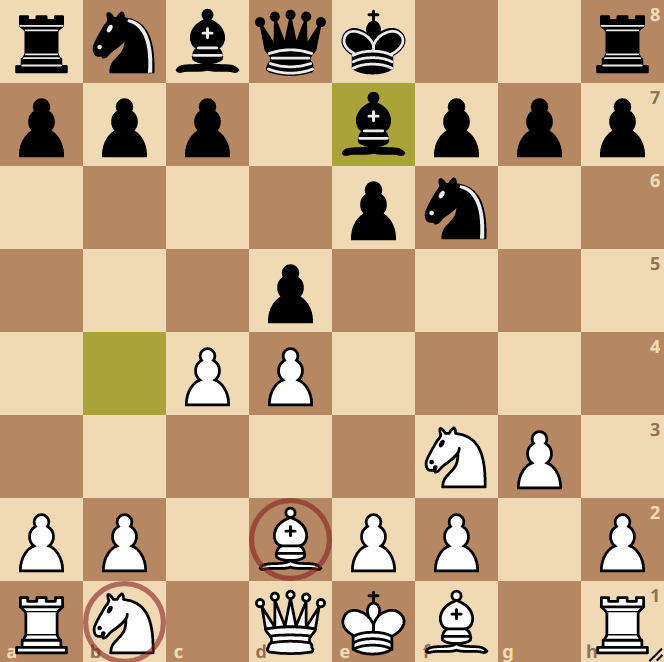 What is the point of this maneuver?

It seems like Black gave White a tempo for free and helped to develop their dark-squared bishop.

Nevertheless, the bishop stands on d2 worse than on c1! If you remember White’s setup above, the knight goes from b1 to d2, and the bishop goes to b2. With the subtle bishop maneuver, Black made it hard for White to achieve the desired setup. Still, the arising positions are complex, and White has plenty of interesting ideas.

Another popular way of defending for Black is to complete the development of the kingside and then take on c4. 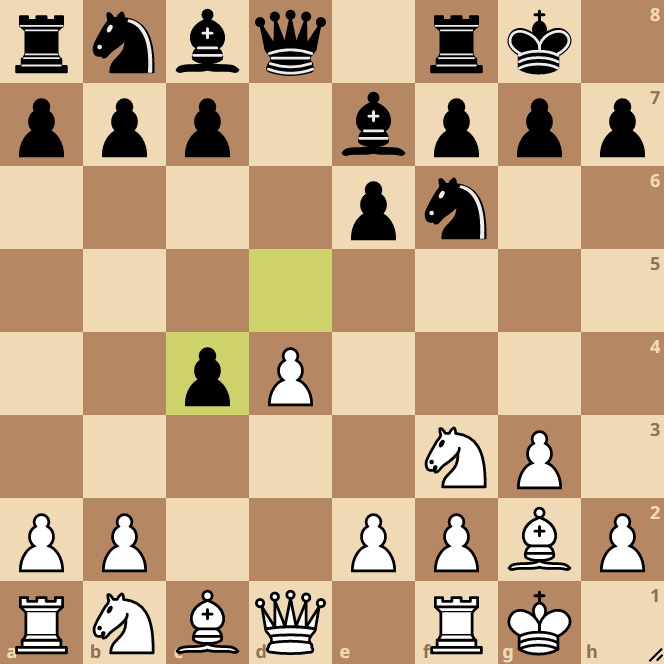 White’s most popular move here is 7.Qc2, but 7.Ne5 can also give you good results in practice: 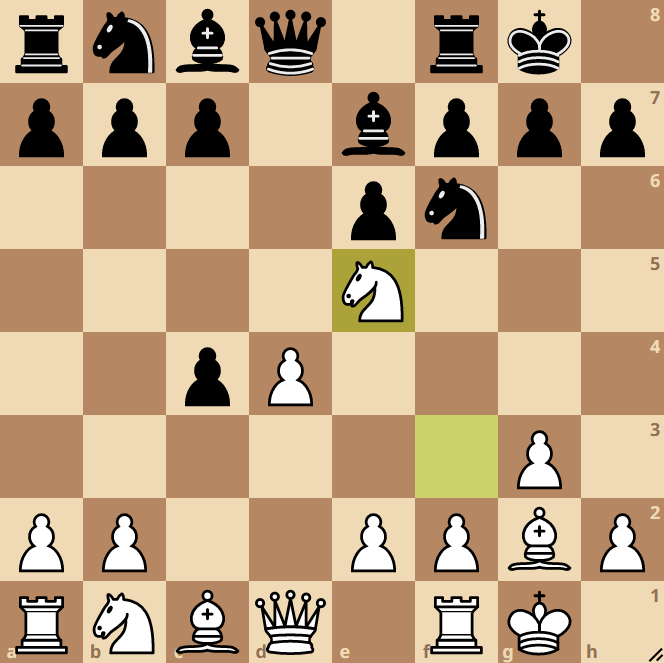 White opens up their strong bishop, and it becomes hard for Black to complete the development of the queenside. The best move is considered to be 7…Nc6. It is one of those moves that are extremely hard to find over the board. If Black hasn’t prepared this line, White can get great chances easily. 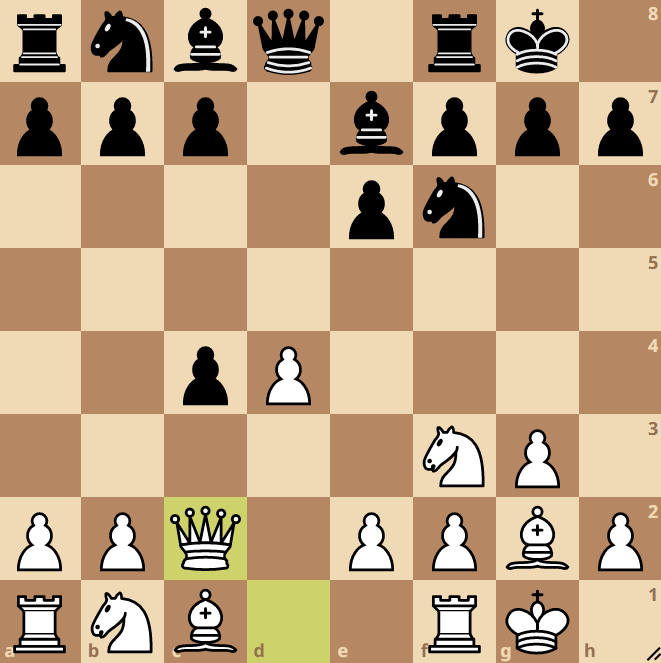 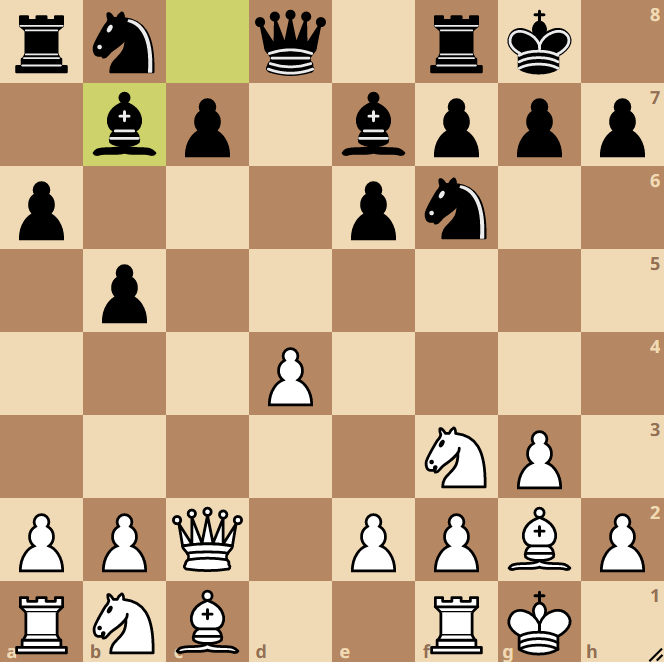 Black has solved the problem of developing the light-squared bishop quite effectively. The only thing that still worries them is the backward c-pawn. If Black gets to play …c7-c5, they will get a comfortable position. This defines White’s main plan – to prevent that break from happening. One of the possible ideas here is to play 10.Bd2, planning Ba5 or b2-b4. The other idea is to play 10.Bf4, provoking 10…Nc6 and then 11.Rd1.

Nevertheless, more often White stops Black from getting the extended fianchetto with 8.a4. 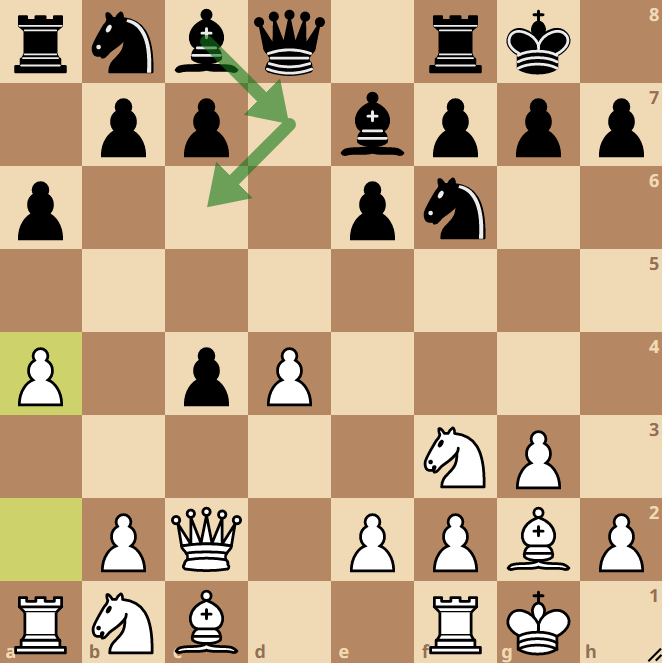 In this case, Black maneuvers the bishop to c6 via d7. The arising positions are calm and easy to play as White. In the viewer below, you can see Sam Shankland’s recent victory against Sergey Karjakin.

Instead of 7…a6, Black recently started trying 7…b5. This is what Ian Nepomniachtchi played against Magnus Carlsen in the World Championship match 2021. Carlsen deviated from the main continuation 8.a4 with 8.Ne5!? It led to typical for the Catalan Opening complications and an interesting game. You can look at the encounter in the viewer below.

If you want to learn how to Attack the King in Catalan, I recommend reading this article.

Another popular way of playing for Black is to strike the center with …c7-c5. If Black does that before taking on c4, White usually trades the pawns on d5 and gets a favorable position: 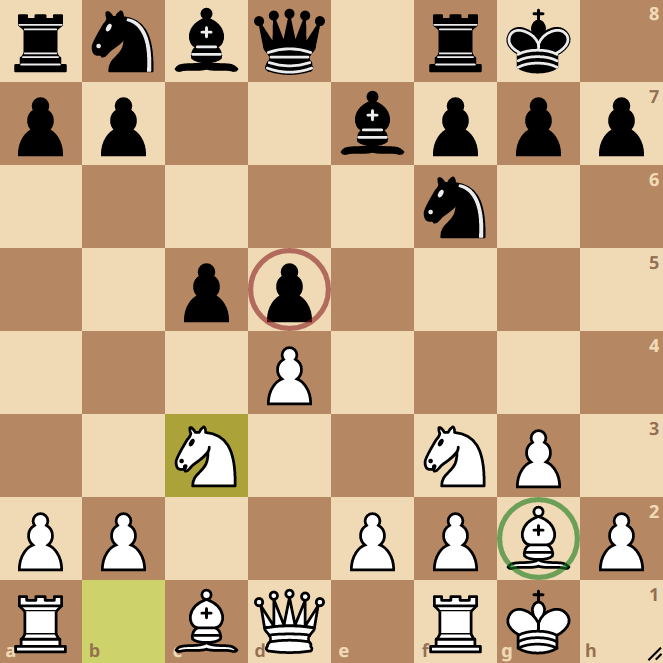 Black will soon end up with an isolated pawn on d5. White’s bishop is perfectly placed on g2 for targeting this weakness. Note, that White trades the pawns on d5 only after Black played …c7-c5. Otherwise, White keeps the pawn on c4 and refrains from releasing the tension in the center.

More experienced players try to avoid getting such positions as Black. First, they take on c4 and only then go …c7-c5. 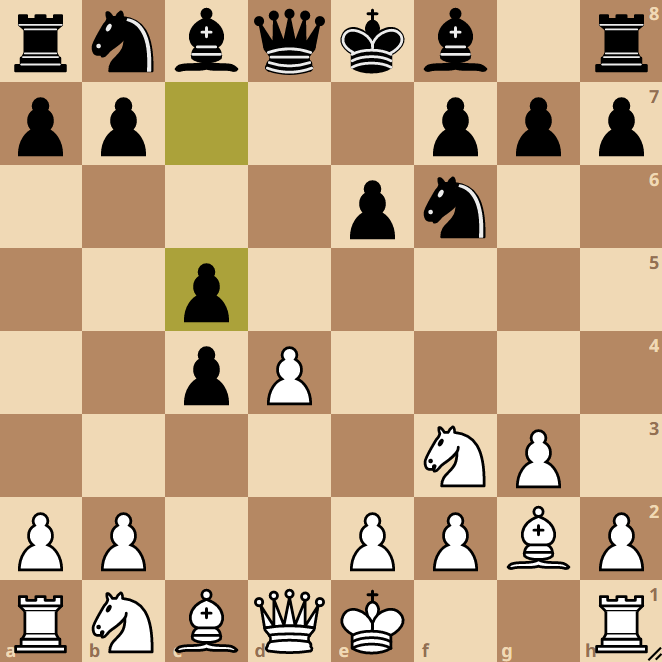 This usually leads to a trade of all central pawns, which opens up White’s light-squared bishop. This gives White a good chance of developing the initiative. The open nature of the position often leads to massive trades, but the arising endgames are still tricky. You can see one of the examples of White’s play in the viewer below.

You can see the 5 Best Games on Catalan here.

Catalan Opening: Black Grabs the Pawn and Holds it.

This way of playing usually leads to complicated and unbalanced positions. After 4…dxc4, 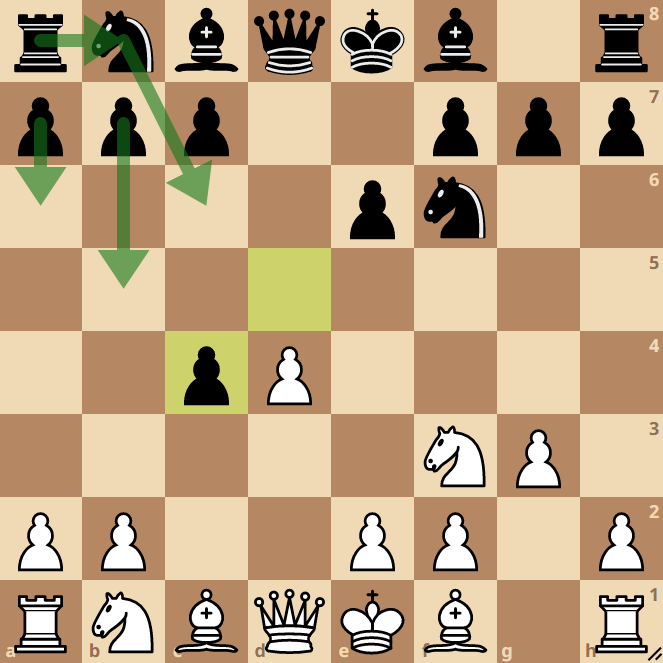 White can play 5.Qa4+ to take the pawn back immediately. This move was used by Alexander Alekhine against Max Euwe in the World Championship match in 1937.

There are many ways of playing for both sides, but for White, it is important to know one strong strategic idea. Instead of trying to win the pawn back, it is often better to gambit it for positional compensation. 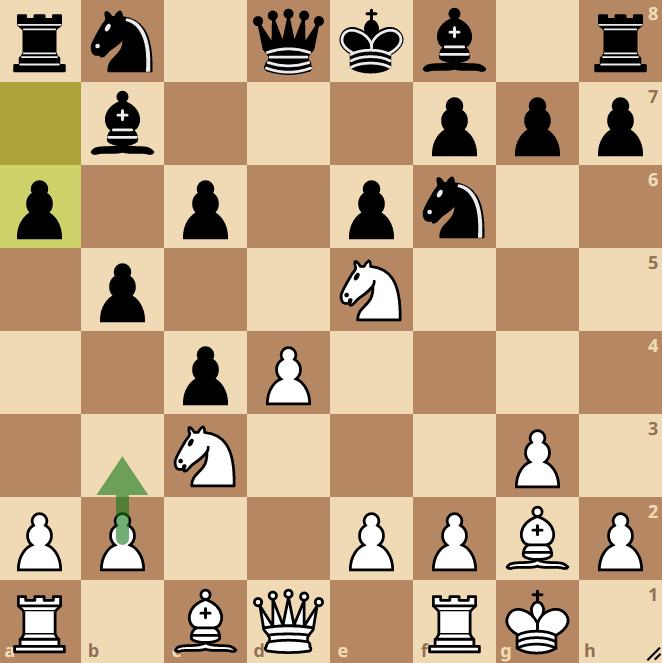 This trade opened the files for White’s pieces and let them later invade Black’s position. 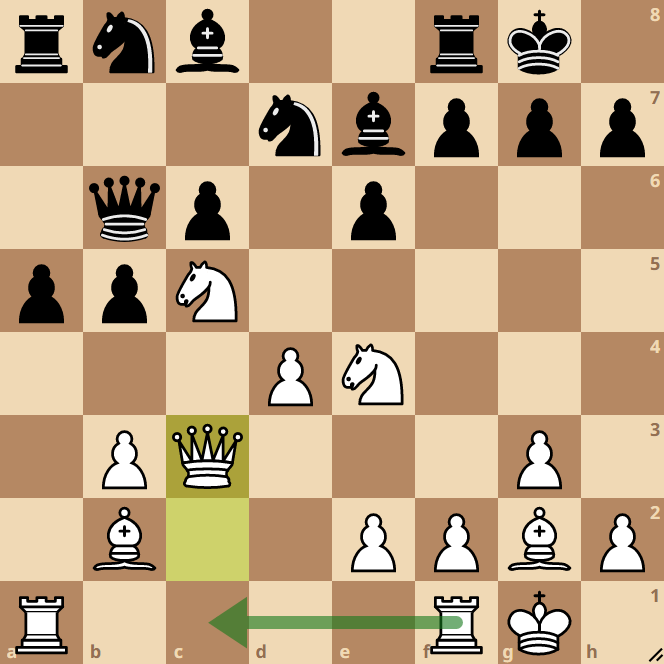 White’s pieces are active, the knights enjoy great outposts, and Black’s position is passive and cramped. White won a great game (see in the viewer below).

For more typical plans on Catalan, please see this article.

Can White play the fianchetto against the other Black’s setups in Catalan Opening?

What if Black doesn’t play …Nf6, …e6, and …d5? Will the Catalan still work well in that case? Of course! White’s setup is solid and effective against everything Black can play.

Many players of different levels build their repertoire around the Catalan and go for the fianchetto against the other openings. Moreover, there are different move orders White can choose. For example, by delaying the c2-c4 pawn push, White can avoid the systems where Black grabs the c-pawn early in the opening. 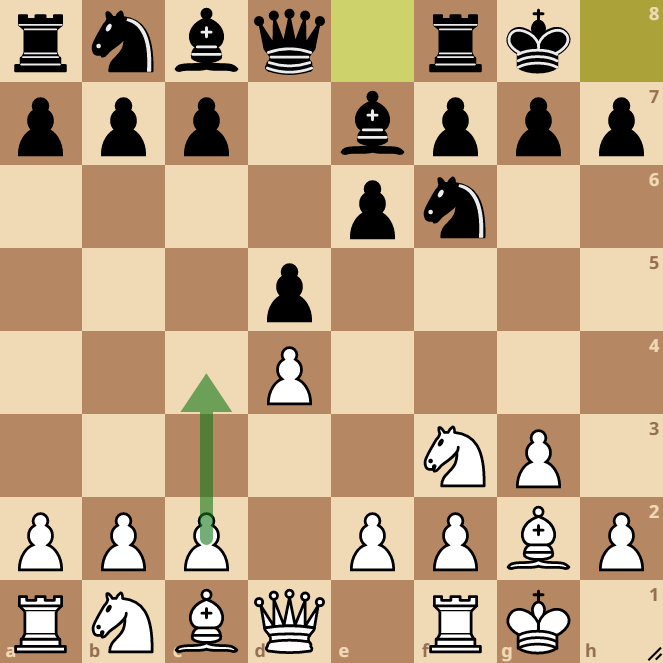 Knowing different move orders, you can avoid your opponent’s beloved systems and trick them to play in your territory. But keep in mind, that it gives them some additional options too. For example, in this particular move order, they could develop the bishop on f5 before playing e6.

As you could see, the Catalan Opening is interesting and strategically rich. It can be played at different levels and give White good results in practice. You can also use the kingside fianchetto against Black’s other openings and use different move orders to avoid the systems you don’t like.

Want to include Catalan in your preparation?