Closed Center in KID and Benoni 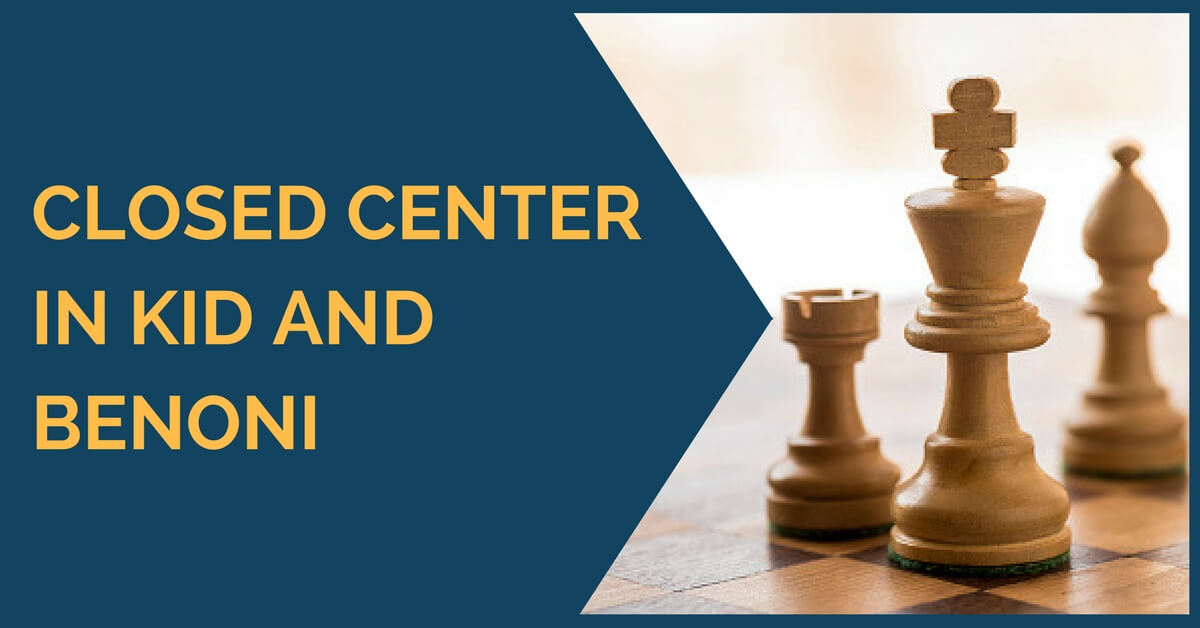 KID and Benoni: The pawn structure in the diagram below is not an unfamiliar one to the average player.

As we all know, it can arise from different openings, mostly from those starting with 1.c4 or 1.d4 and Black responds with the King’s Indian Benoni-type of defense.

In comparison to the more common King’s Indian (KID) structure (see the diagram below), black has a pawn on c7 rather than on c5. While in most cases black’s plan does not change much and the counterplay is based on the rupture f7-f5, for white things are a bit different. First of all, his queenside attack is considerably slower as the point break is no longer on c5 and it is difficult to open the C file. 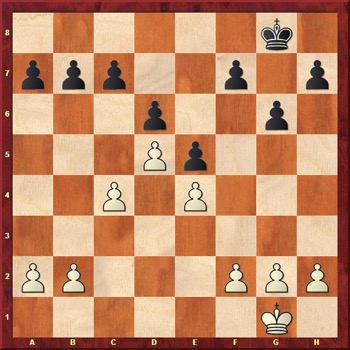 Therefore, white’s most common plan is to open up the B file and try to infiltrate the 6th or 7th ranks with the heavy pieces. However, this is sometimes not enough as black simply defends the critical squares b6 and b7.

In a number of games played by strong Grandmasters we can see that when playing the white side of this structure, they tend to pay more attention to black’s kingside play and therefore alternate preparatory moves on the queenside with prophylaxis on the kingside. As we will see, a common idea in this structure is the plan g3 followed by Nh4.

The intention is to prevent f7-f5, or at least make it more difficult for black and force him to make certain concessions.

White also gets ready to meet f5 with the sequence exf5-gxf5-f4! stopping black’s kingside initiative. Another significant subtlety is that the white knight from f3 seems to be better placed on d3; from here it can support the rupture with b2-b4 or f4 in some cases.

In the event it would be needed on the kingside for defense, white can regroup with f3-Nf2. Another upside of this piece coordination is that from d3 white can at some point sacrifice a piece on c5 in order to obtain two connected passed pawns.

All these nuances are difficult to learn by pure experience or theory books. In order to become familiar with such middlegames and therefore play them better, it is necessary to see lots of classical games in which these ideas were born. With this in mind, we have written this article in which we will have a look at three model games from different time frames which we believe we all can learn a lot from.

We can find a good example of the multi-function of the knight on d3 in the game Larsen – Najdorf.

It is a classical game that shows the beginnings of the King’s Indian culture. The theory was not as explored as it is now. But, we can learn from the way these two legends played this position.

KID and Benoni – The plan with g3-Nh4 / Restriction of f5

In our next game between Topalov and Movsesian white deploys his forces to prevent black from playing f7-f5. At the same time, he prepares both ruptures, b4 and f4 that he played in the game. Quite an interesting struggle that we suggest you study closely.

Sometimes black’s kingside attack backfires when f5 is played prematurely. And, it is white who takes over the initiative on the king’s flank. This is the case in the game between Reshevksy and Edmar Mednis in which white not only paralyzed black’s counterplay. But, also started an attack of his own on the kingside; something to keep in mind.

We hope you have enjoyed these games and learned more about this common structure. Understanding the typical plans in common middlegame positions will help you find the right moves quicker, as the patterns are often the same.

Looking for more on Benoni Defense? Look at This Opening for Black with GM Marian Petrov [TCW Academy].