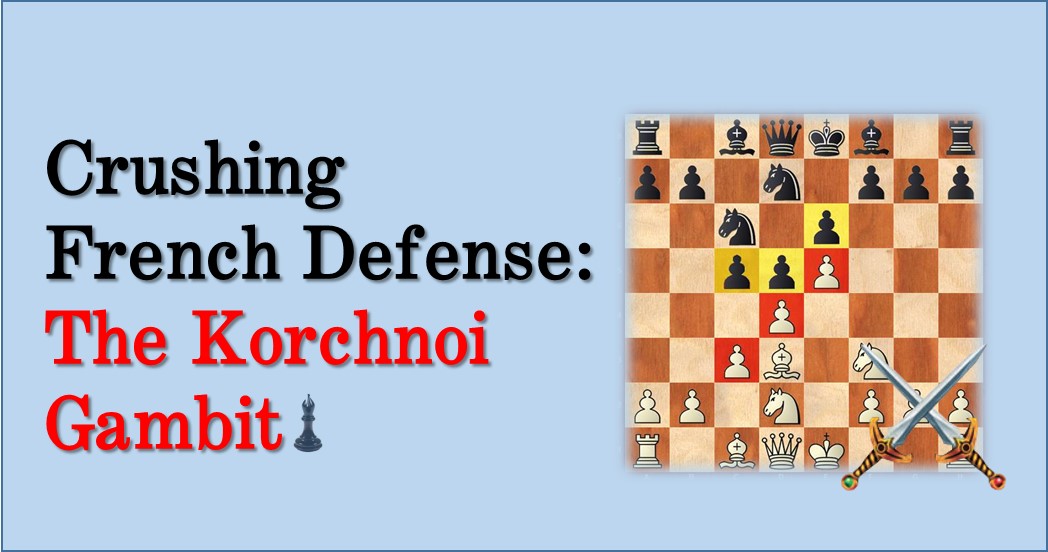 French Defence is a very popular answer against 1.e4 among chess players of all levels. We have mentioned it several times before in our previous articles, as one of the few opening choices that give black the chance to fight for the game from the very start.

Many chess players like to use the French and face the lines in which white plays 3.Nc3 and 3.e5, but against 3.Nd2 they struggle to find dynamic positions and therefore create problems for white. Besides the main moves 3…Nf6, 3…c5, and 3…Be7 against the Tarrasch, black has another very interesting possibility that we will discuss in this article. The move we would like to draw your attention to is the move 3…h6!?

The popularity of this move has been increasing over the recent years and even a few GMs employ it regularly. What’s the idea of this move?

It’s a waiting move, but it’s a lot more flexible than 3…Be7, for example. Black wants to expand on the kingside by playing g7-g5 (in case white plays with Ngf3), but for the moment he waits and will react accordingly to white’s choice of development.

Among the Grandmasters who have employed the move 3…h6 against this line, we can find very well-known players like Hikaru Nakamura, Nigel Short, Lazaro Bruzon, Matthew Sadler, and many others.

For those who like to look at statistics, black scores fairly well in this line, about 50%. It’s not necessarily a very useful fact, but it’s always nice to know.

Note: In order to improve your play not only do you need to study the openings but also you need to concentrate on positional understanding and endgame play.

If you want to learn how to play common endgames well, I suggest you check out our premium training course where we spend a lot of time drilling the most often occurring chess endings so that you will not have to guess the winning approach, but simply would know how to win these positions: 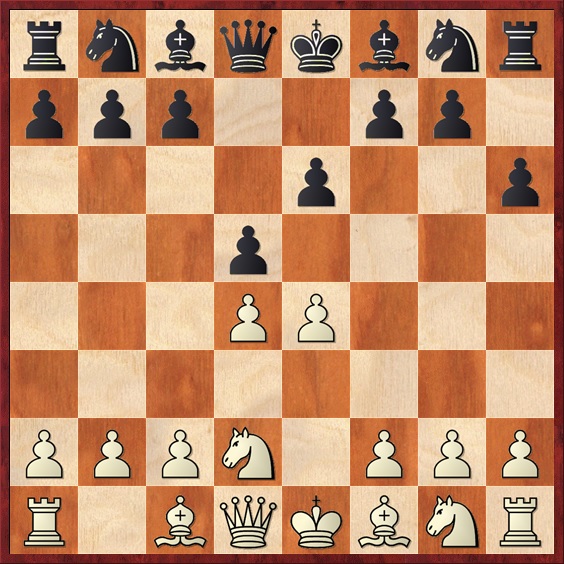 White has a wide range of possibilities to choose from.

He can continue his development with:

This move will often lead to a very sharp battle. It’s the move black wants his opponent to play and it’s probably the most critical continuation. He should respond with 4…Nf6! This leads to a very double-edged position. See the following game:

Black should not worry too much about this move. It’s an attempt to keep things quiet, but in fact, allows black to develop without much difficulty. Black should reply with 4…c5!, with an easy game, as demonstrated by Nigel Short in his victory against another top English GM Michael Adams, who also happens to be one of the main specialists on 3.Nd2.

C) Other moves for white

Finally, we will have a look at other moves like 4.c3 / 4.exd5. Those moves do not create any significant problems for black. If you have acknowledged the ideas presented in A) and B) you will definitely not experience any problem meeting either 4.c4 or 4.exd5. We will examine these moves in the next game, played between Womacka and Eingorn.

In conclusion, we can say that the move 3…h6 is very interesting, to say the least. As a practical choice it meets all the requirements when looking to fight for the full point as black:

Want to know more about French Defence? Look at 10 Good Reasons to Play It.

We also recommend reviewing Nimzo-Indian Defence: Complete Guide as well as Top 25 Chess Books: A Reply To Our Readers.

We hope you have enjoyed this article and you will add this sneaky variation into your opening repertoire.